A truck killed four police officers who had detained a drug-affected speeding driver in a collision on a Melbourne freeway, officials said Thursday.

The 41-year-old driver of a Porsche 911 who had been pulled over by police on the Eastern Freeway for speeding on Wednesday evening took grisly photos of the crash scene that followed, Victoria Police Chief Commission Graham Ashton said.

The driver then fled on foot and posted the images online, Ashton said. 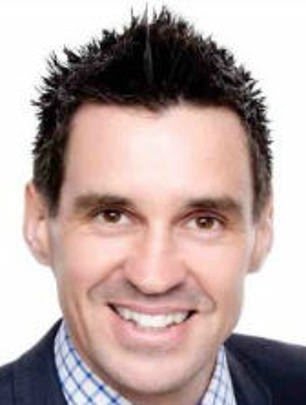 The tragedy was the largest loss of police lives in a single incident in Victoria state, he said.

The refrigerated truck driver was under police guard in a hospital on Thursday. He suffered a medical episode after the crash and had lost consciousness, Ashton said. It wasn’t clear whether the collision was an accident or deliberate, he said.

The Porsche driver, who has a criminal record, was in police custody and was being questioned by homicide detectives, Ashton said. He had been pulled over 50 minutes before the crash for driving at 40 kilometers (25 miles) per hour above the speed limit, police said.

He then tested positive for an illicit drug. The police were in an emergency stopping lane arranging to impound the car when they were struck.

The truck hit the back of a police car, spinning it out of the lane, before crashing into the Porsche, which became wedged under the cabin.

All police present — three men and woman — died at the scene.