According to reports from various media sources including Punch, President Muhammadu Buhari received the General Overseer of the Redeemed Church of God, Pastor Enoch Adeboye, at the State House, Abuja on Monday.

Though the motive behind Adeboye’s visit to the President has not yet been disclosed, but people believe it has something to with the government’s introduction of the Company and Allied Matters Act (CAMA).

The law was put it place to empower the federal ministry of Corporate Affairs Commission to regulate the affairs of churches. But this doesn’t seem to sit well in the hearts of the clergymen, and Adebayo may have gone to iron things out.

Meanwhile, his reported visit to the Presidential Villa has received some mixed reactions from several people. While most people believe it is a step in the right direction, others think he shouldn’t be concerned with Politics.

Read some of the comments below: 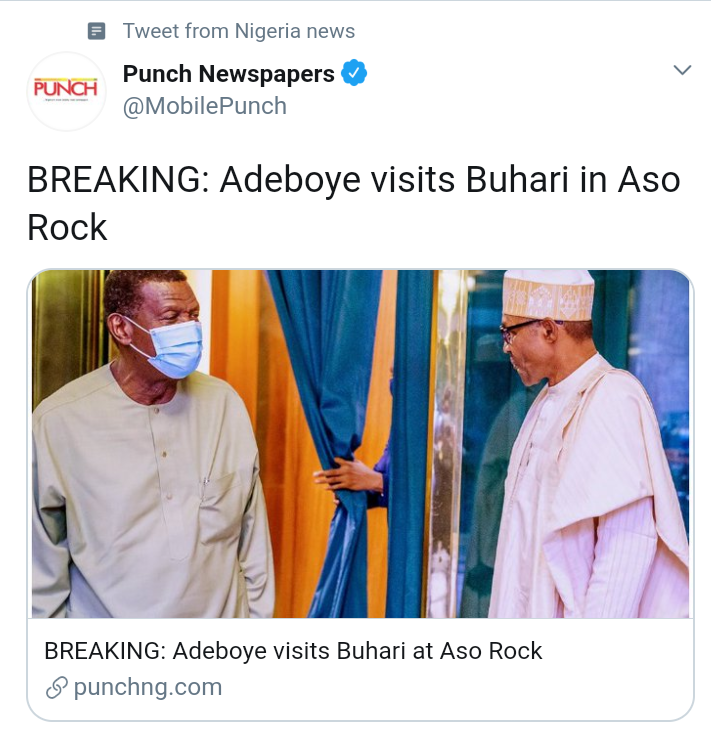 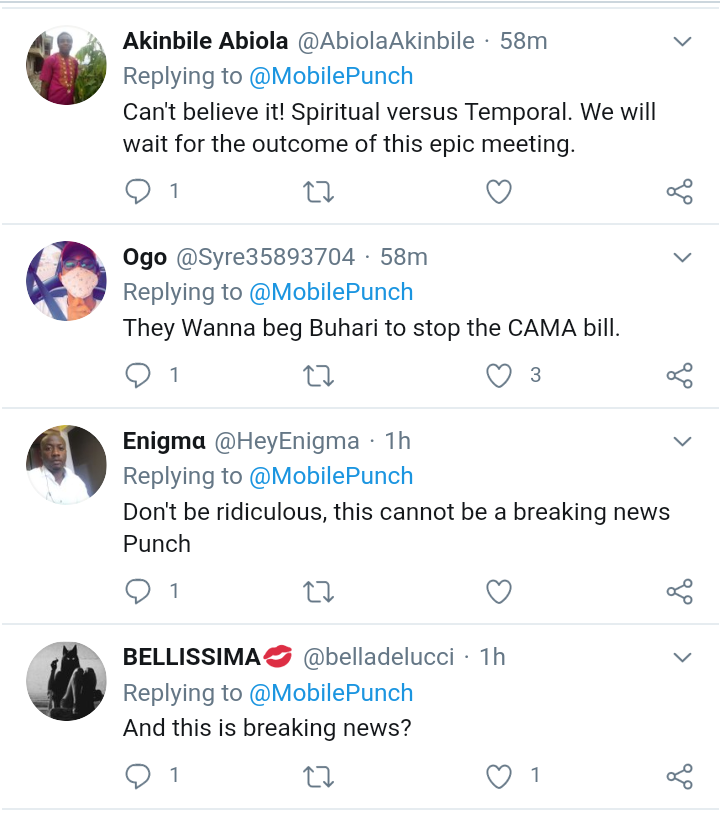 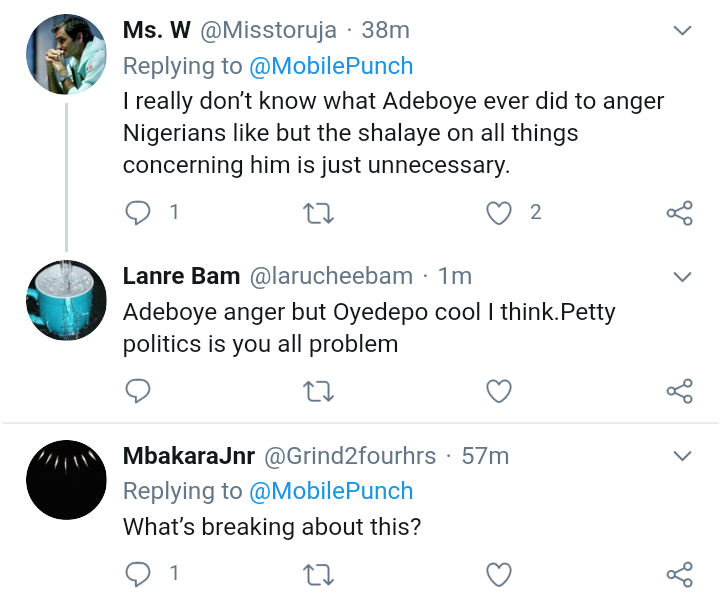 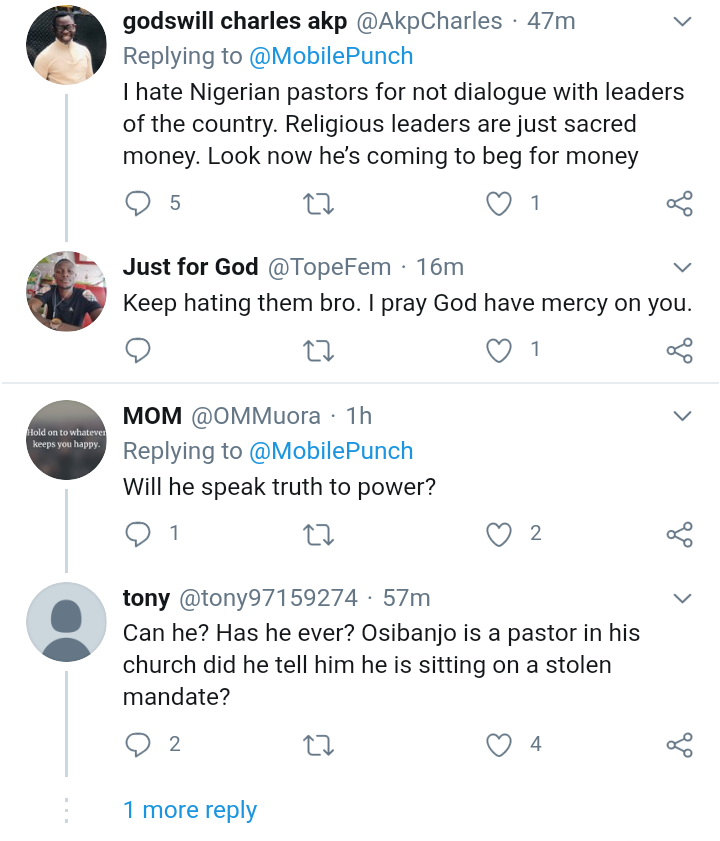 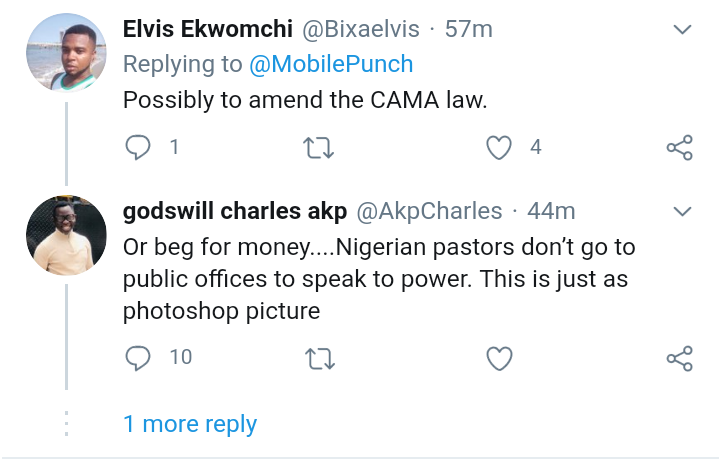 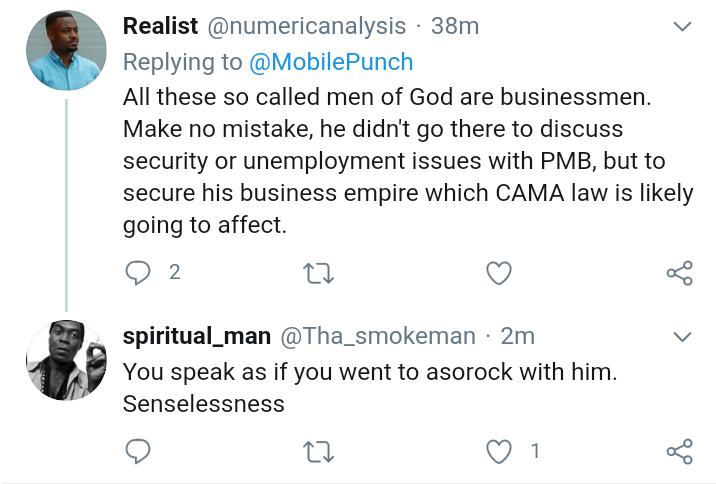