Edo state Politics seem to have taken an ugly dimension, with opposition parties now meddling into the private affairs of the candidates.

This time around it’s former APC chairman Adams Oshiomhole who is on the receiving end.

In a video recently posted on twitter, People’s Democratic Party campaigners were seen speaking disrespectfully of the former governor in their newly composed song.

According to the sarcastic song which was done in pidgin, Oshiomhole married an ‘oyibo’ (a term used to represent light skin complexion) wife, the woman left him and ran away.

No doubts, these men were making reference to what transpired between Adams Oshiomhole and his Cape Verdean wife Lara Forte.

Sources claim that Oshiomhole and Lara went theirseparate ways last year. Report also has it that Lara was asked to agree to some kind of deal that makes her stay on the low and out of the media-sphere. 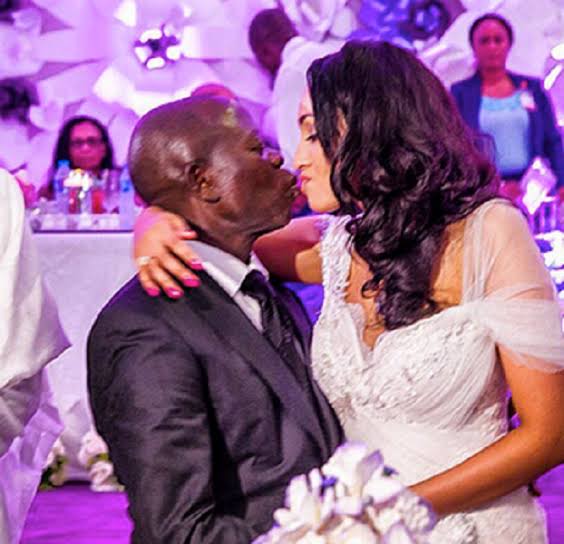 Oshiomhole and Lara, a former staff of Emirate Airlines, got married on 15th of May 2015 in Auchi after Clara, the first wife of the governor lost her fight against cancer.