Is official! President Muhammadu Buhari has appointed Professor Agboola Ibrahim Gambari to replace the late Abba Kyra as his new chief of staff.

This was made known by Buhari’s special assistance on media Bashir Ahmad.

President @MBuhari has appointed Professor Ibrahim Gambari, as his Chief of Staff, Boss Mustapha, Secretary to the Government of the Federation, announced the appointment today at the virtual Federal Executive Council (FEC) Meeting. 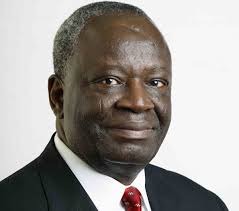 Professor Ibrahim Gambari, 75, is from Kwara state and has served as a  former Deputy Secretary-General of the United Nations for the Department of Political Affairs, and currently he is the Special Adviser on the International Compact with Iraq and Other Issues for the Secretary-General of the United Nations and was the Minister of External Affairs between 1984 and 1985 before he became the chairperson of the African Union Commission as Joint African Union-United Nations Special Representative for Darfur effective in January 2010.

1 thought on “BREAKING: Professor Ibrahim Gambari Has Been Appointed To Replace The Late Abba Kyari As Buhari Chief Of Staff”