The Nigerian Police has continued their hostile response towards peaceful #EndSars protesters at Lekki Toll Gate.

Today marks the commemoration of the massacre of innocent Nigerian citizens which occurred at Lekki Toll Gate during the #EndSars campaign in 2020. Against all odds, some citizens of the country have courageously gathered at the venue to remember their lost heroes.

Once again, the response of the Nigerian government is hostility towards them via their armed men. Photos and videos of arrested protesters have taken over the social media.

Read: The voice note about me & Janemena is fake, I was not arrested – Tonto Dikeh’s ex Kpokpogri.

A young man identified as Okechukwu Peter was arrested at the Lekki Toll Gate this morning during the #EndSARSMemorial protest. It was reported that his phone was forcefully taken from him.

As the young man was dragged like a criminal into a police van, he kept on shouting:  “Remember those that were killed…Let the whole world watch, look what they’re doing to us.”

See photos and videos below; 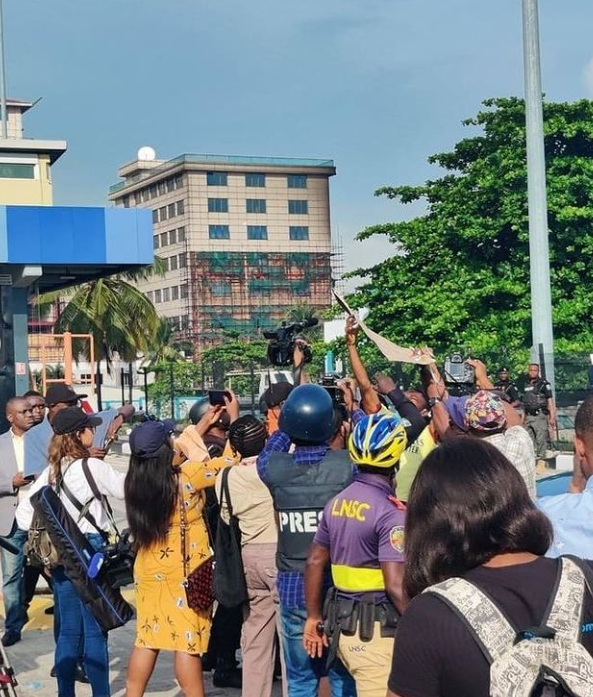 Video: Watch the footage of the female night clubber who tripped and died at Obi Cubana’s night club