Mummy G.O. accused of having children for 3 different men

Is it your womb? – Toyin Lawani vows to make it 4 baby daddies in case her husband mess up

Mummy G.O. Replies Those Using Her Preaching For Memes

Popular Nigerian Evangelist Funmilayo Adebayo also known as Mummy G.O. has been accused of having children for three different men. This was made known in a recent Instagram post by popular gossip blog Gistlover.

The blog alleged that Mummy G.O. who practically condemn people for their lifestyle, is not living according to the things she preaches. According to Gistlover, the popular clergywoman has three children for three different men. They also claimed that the alleged video of her showing off expensive things in a hotel was leaked by a married man who attends her church. She was said to have sent the video to the man after he refused to follow her to Dubai.

Read: Portable shares a video of a beautiful Kenyan lady twerking in front on him.

Meanwhile, Mummy G.O. was also called out for keeping a 12-year-old girl hostage without food in the name of casting a demon out of her.

Read the full story below; 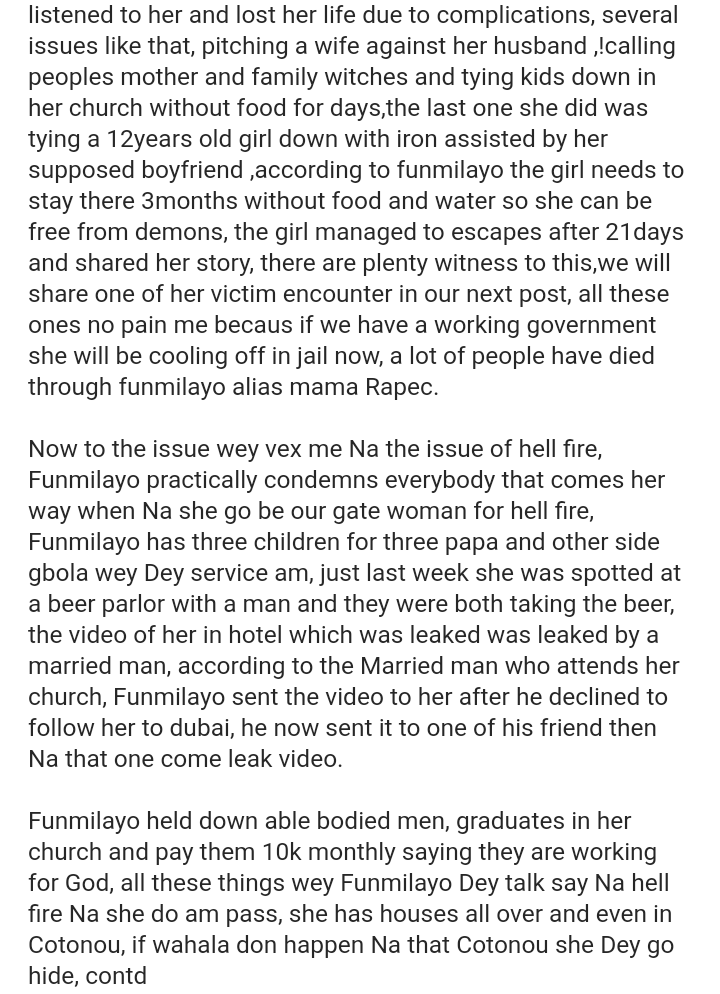