I’m not a bad person – Lady who accused her maid of w!tchcraft explains what went wrong

by Law Blessing
in News
Reading Time: 2 mins read
A A
0

Dammytee, the lady who’s currently trending on social media for driving her maid away on allegations of w!tchcraft has shed more light on what really went wrong.

A concerned member of Newsblenda reached out to Dammytee in the heat of the moment to find out from her what the young girl did that led her to disgrace her publicly and some of the reasons she pointed out was dishonesty, mischief and w!tchcraft. She admitted that she posted the video when she was so angry, but she didn’t intend to vilify her.

According to the madam, the girl told her she had a stomach pain and she took her to the hospital for treatment, but the doctors said they won’t administer any drugs until she goes for a scan. But the girl refused to go, instead she opted to leave the house.

Dammytee said she contacted her father, but the man said they’ve not seen her for 2 years. She also reached out to her aunty who told her “that is how she behaves.”

Read: 10 signs a woman loves you for who you are.

Meanwhile, Dammytee said she felt her maid stole something which made her uncomfortable in her house, but that was not the case. She alleged that her decision to leave was a plan between her and the boyfriend. While searching her bags, she allegedly found some “black medicine” related to witchcraft and decided to burn the bag and some clothes she gave her.

Dammytee however made it known that she never maltreated her maid. She said the reason why she needed a helper was because she gave birth to her second child via Cesarean Section which led to a spine issue.

Read the full chat below; 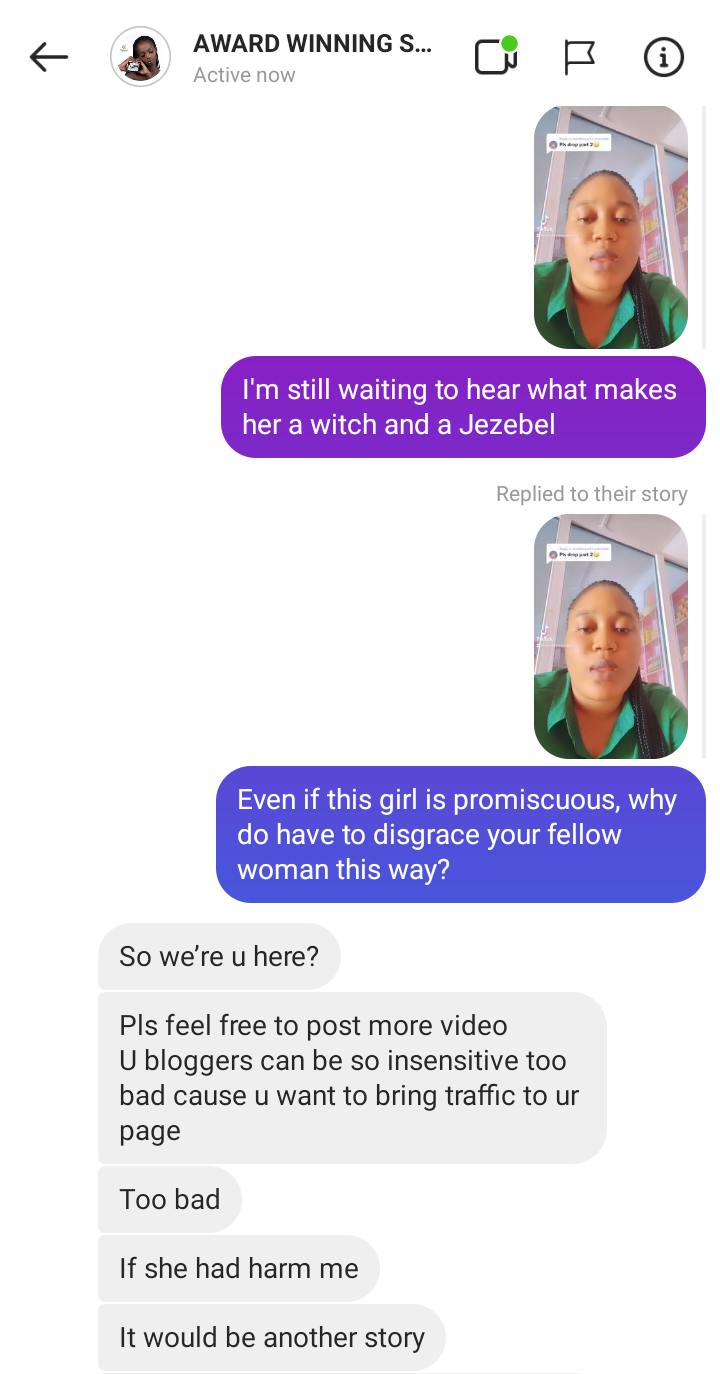 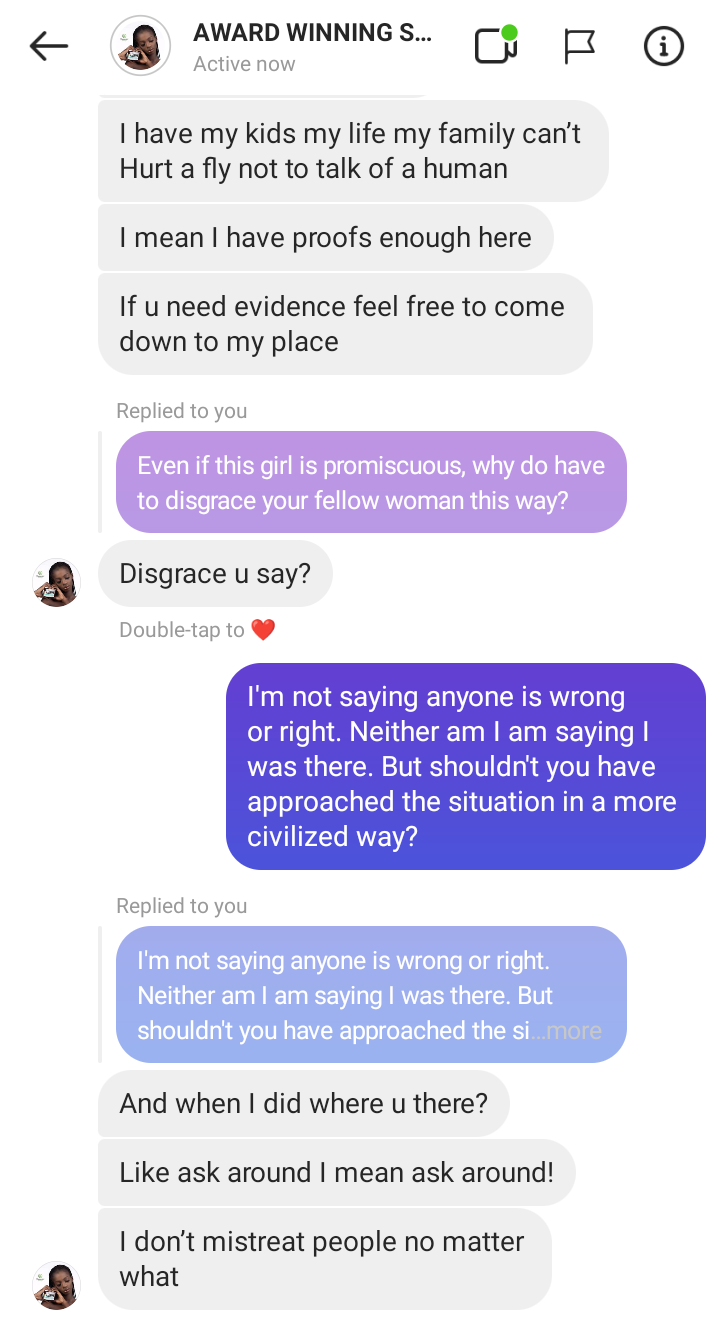 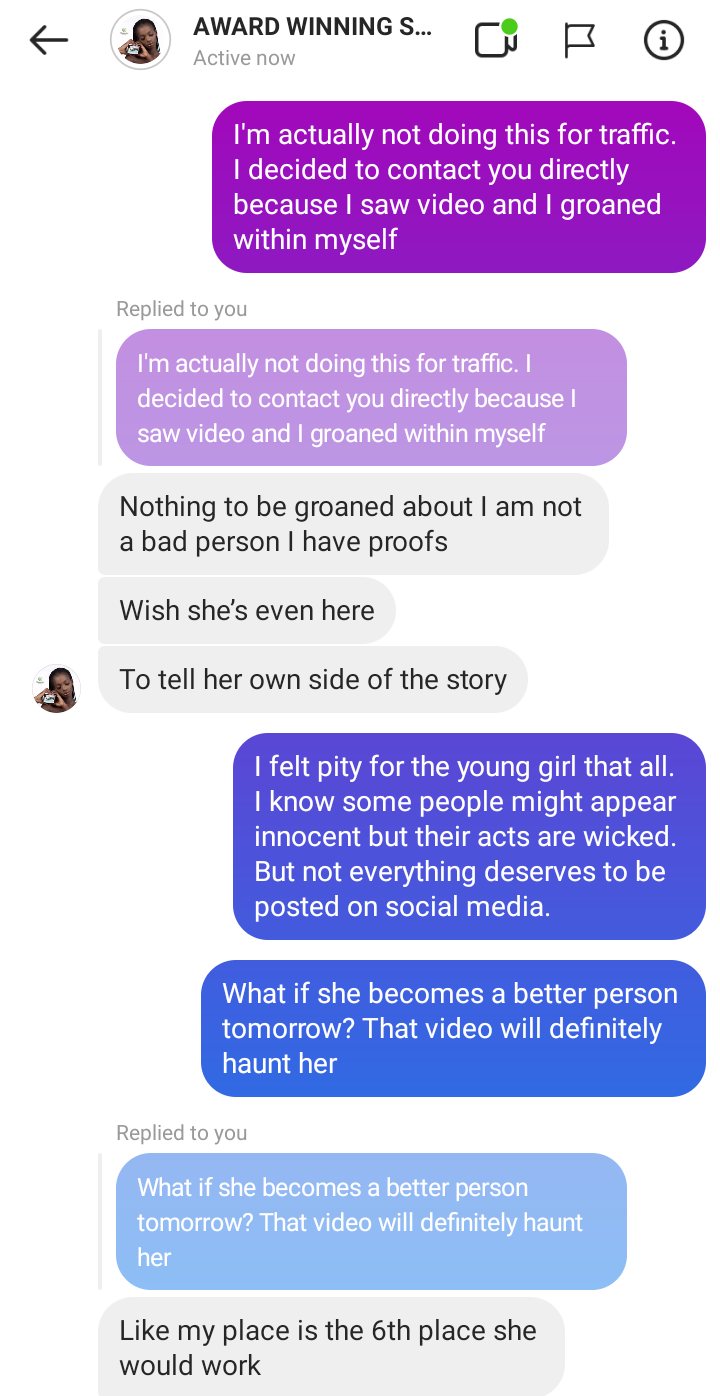 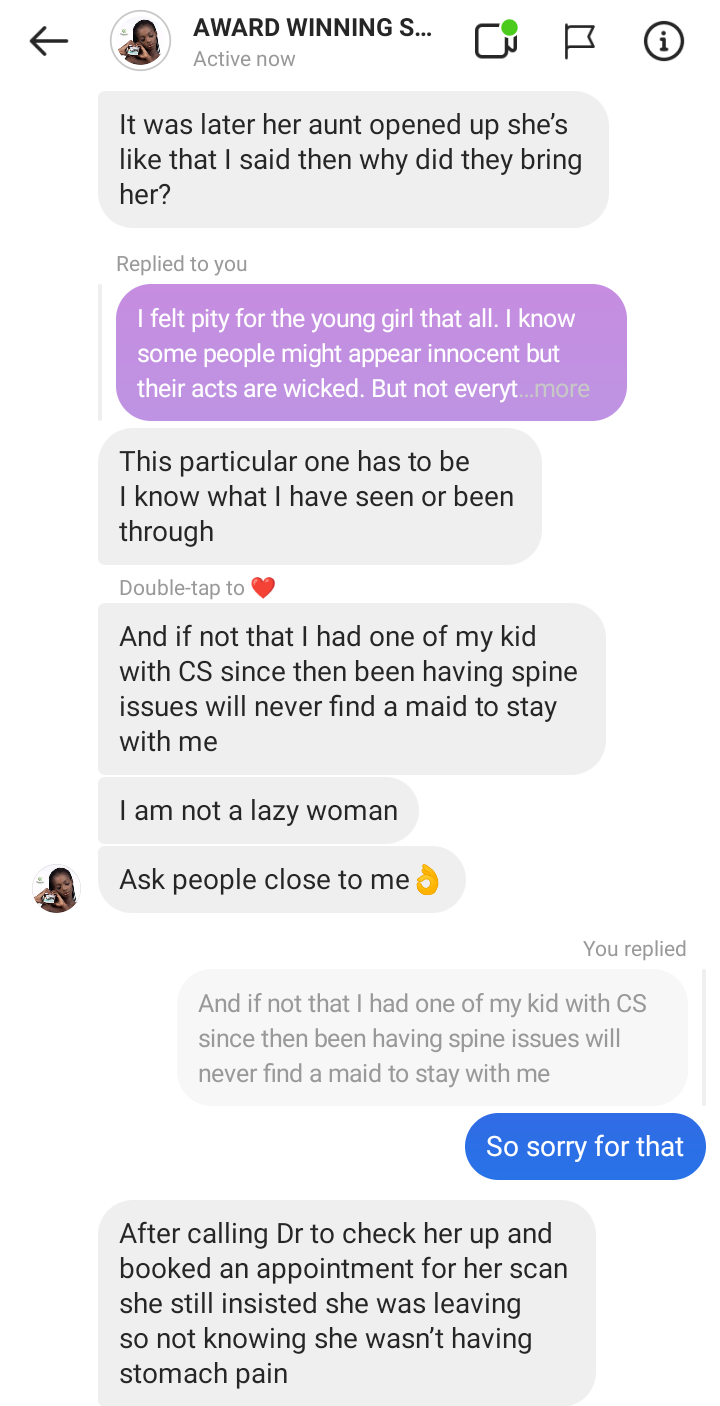 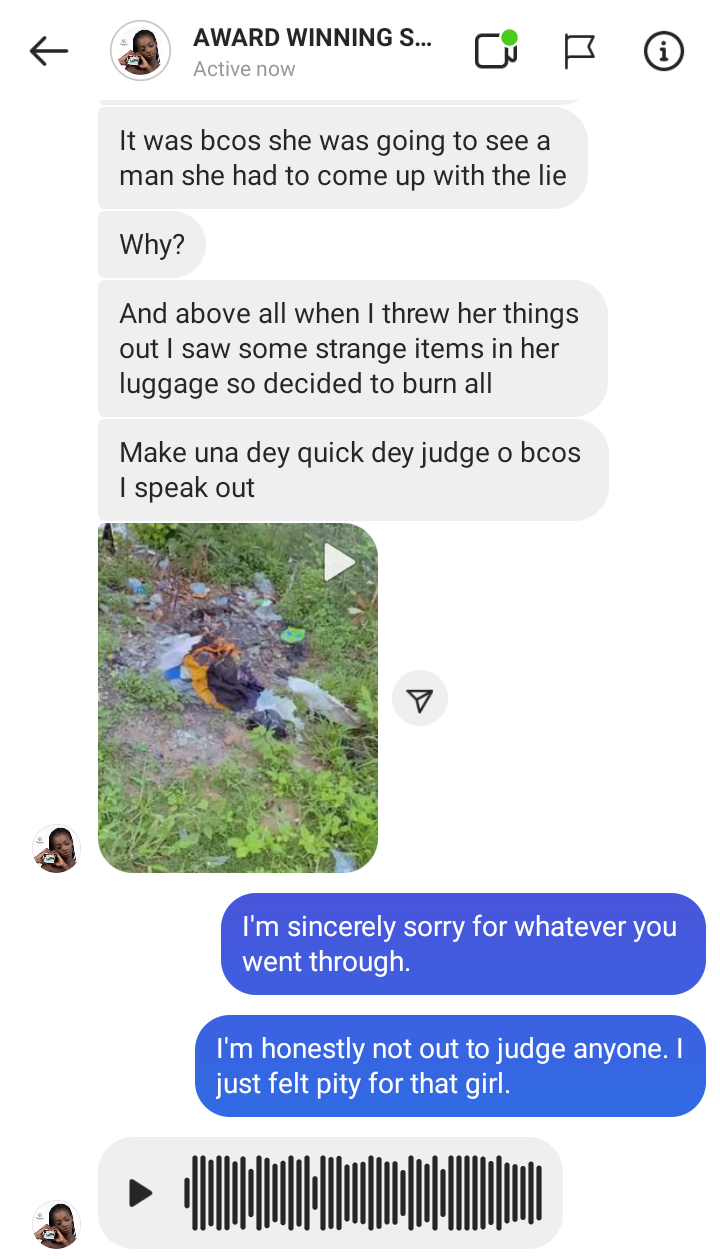 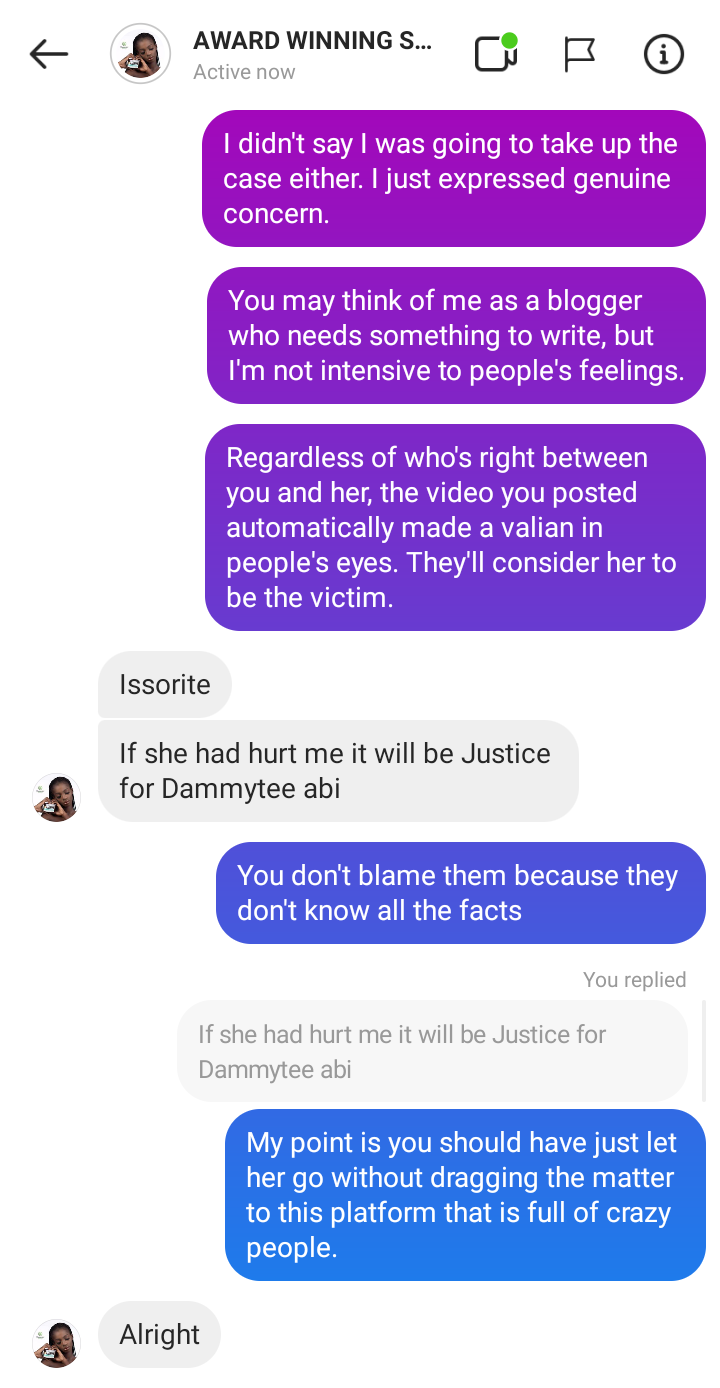 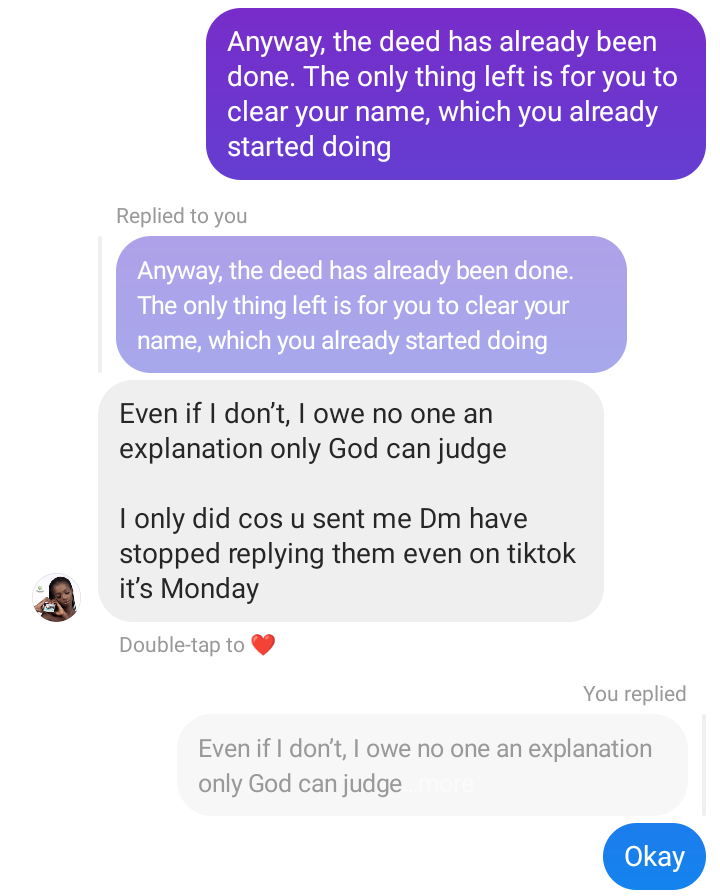