The remains of late Deborah Samuel, a student of Shehu Shagari College of Education, were laid to rest in her hometown on Saturday, May 14.

Deborah, who was several beaten, stoned to death and set ablaze by Islamic students over claims she made a disparaging remark about their Prophet Mohammed, was finally buried in Tungan Magajiya, Rijau Local Government Area of Niger State. 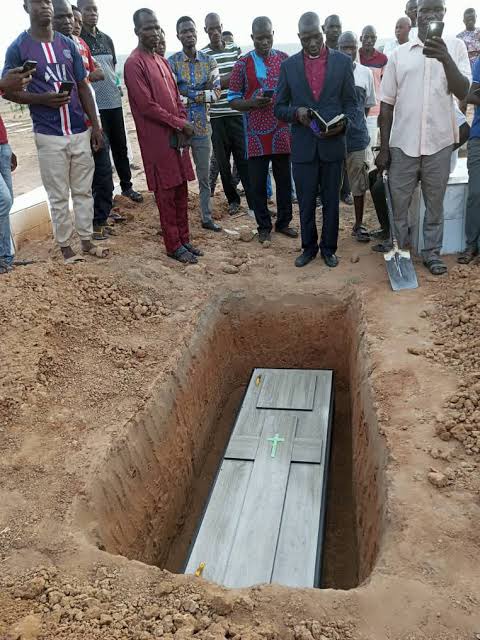 It was however gathered that the Sokoto State Government allegedly insisted that the body be kept in the morgue until it concludes its investigations on the matter.

But the deceased parents defiled the order and proceeded with the burial. The parents are said to be unhappy with the way the government is handling the situation.

Meanwhile, the heartbreaking news of their daughter’s demise allegedly left the mother unconscious while the father has been in a state of grief and pain.

Kayamata seller cries out for help from hospital bed