by Law Blessing
in Crime
Reading Time: 2 mins read
A A
0

The gruesome murder of Deborah Samuel, a female, student of Shehu Shagari College of Education, Sokoto, has sparked numerous reactions from people including popular celebrities.

Deborah, a Christian student, was brutally executed by her fellow Islamic students over an allegation of blasphemy against Muhammed, a prophet of Islam.

In a highly disturbing video, late Deborah was seen getting beaten until death and even after her death, they piled tires on her and burnt her while chanting Islam incantations.

IG users frown at what an underaged girl was made to do (watch video).

The perpetrators of this hideous crime were even proud to show their faces. 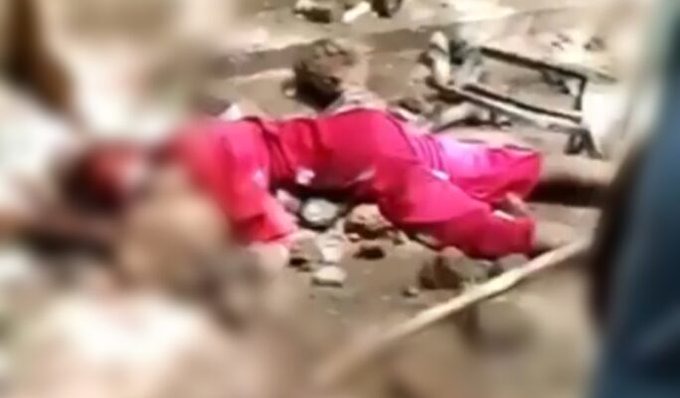 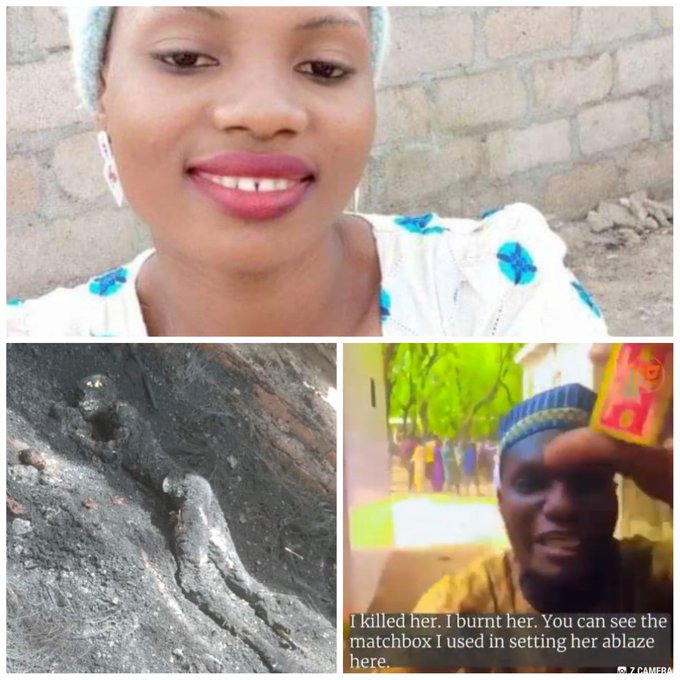 Meanwhile, celebrities like Mr Macaroni, Reno Omokri and others have indirectly called out Nigerian government and her justice system for failing to punish those involved in such crimes. 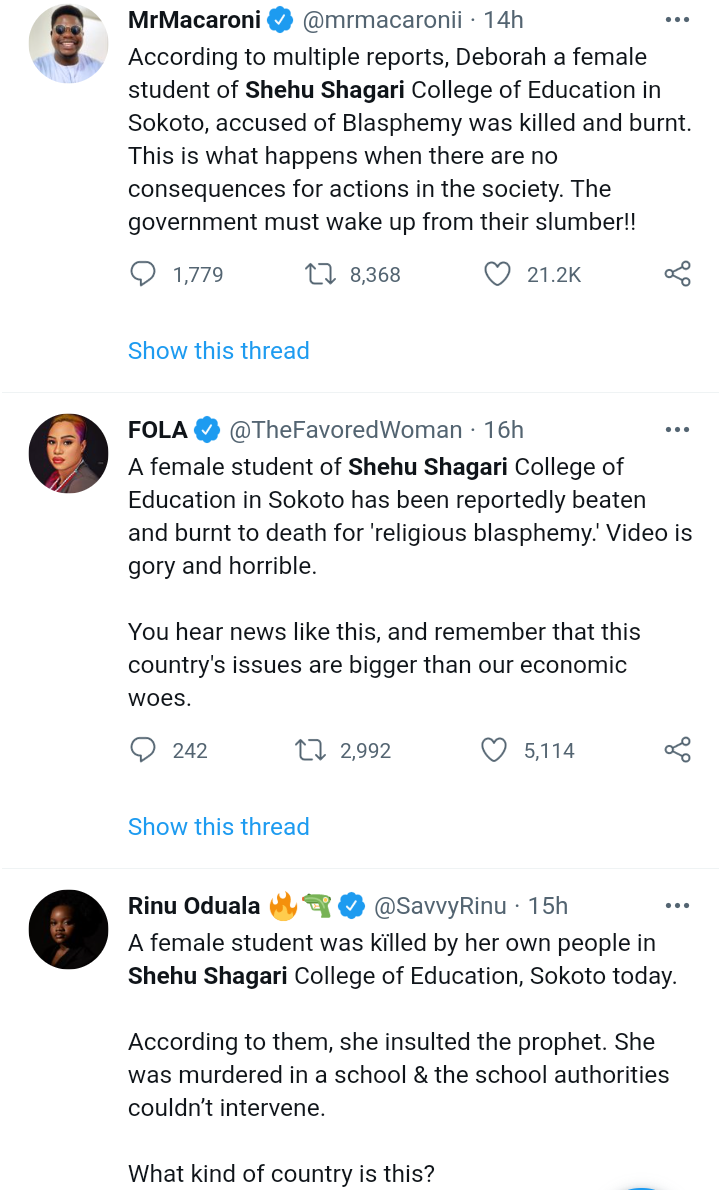 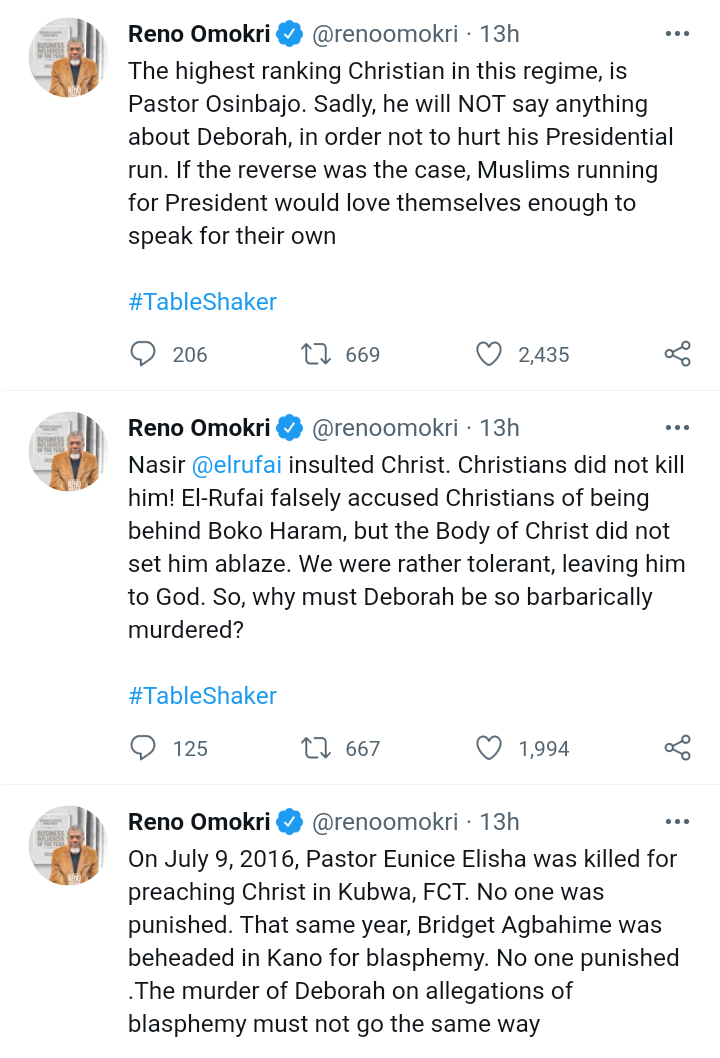 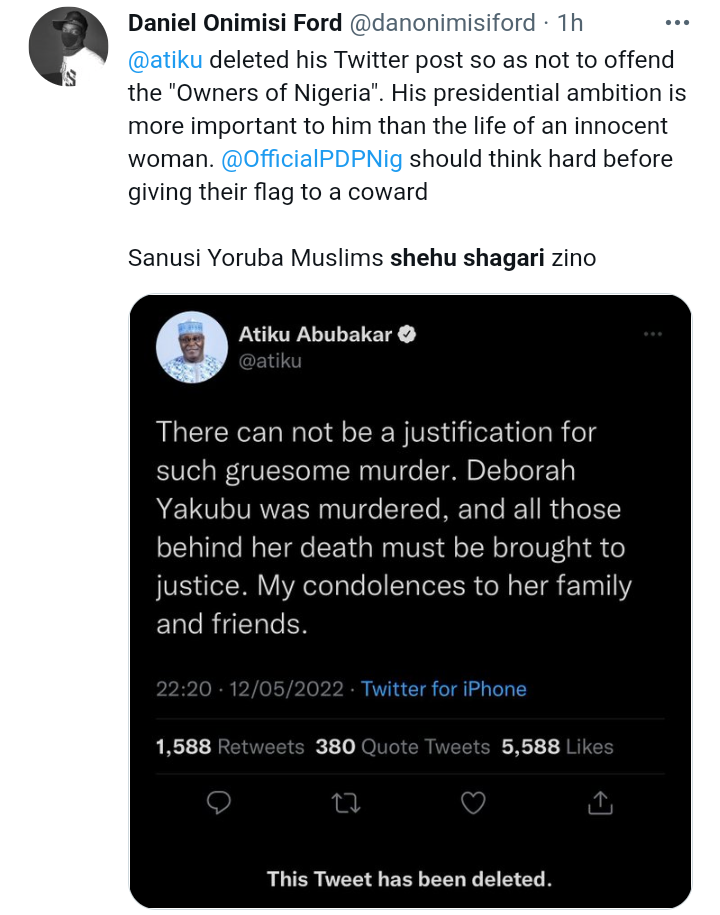 Photo: Davido Express Love Over A Painting From His Wife Chioma