Search
Skip to content
The incessant deadly attacks by terrorists and armed bandits on innocent people in some northern part of Nigeria is quite disturbing. It is not out of place to suggest that people living in some Northern parts of the country are living in fear of the unknown.

Is there something the government can do do to limit these increasing attacks on people by these armed bandits? Definitely!

BBC News recently disclosed in one of their reports some months ago that most of the attacks by bandits and terrorists are carried out using motorcycles (bikes).

Villagers living around the Northwestern States have also recently revealed that bandits move in convoys with motorcycles around the locales. The tyres of these bikes are heavily coated with dried cow skin, to prevent them from bursting while they ride through the bushes.

They usually come in numbers, heavily armed, sometimes as many as 100 or more and they invade people without any security on sight. 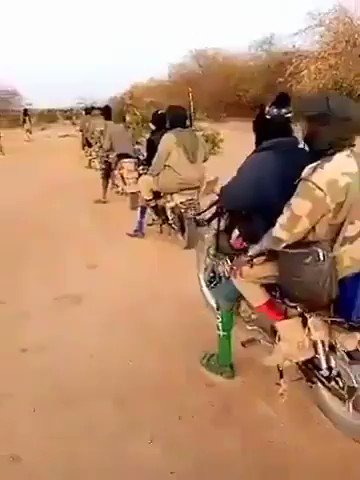 In my opinion, if the government can place a ban on motorcycles in some Northern States, especially in places of constant attacks, it may go a long way to reduce the activities of bandits to the barest minimum.

That is because the forest around Northwest & Northeast are not motorable. Even if the bandits opt for vehicles, they can’t attack in large numbers, because the terrain won’t permit them.

This suggestion might increase hardship especially for people who depend on motorcycles for survival, but desperate times they say, call for desperate measures.