A man who calls himself a father has come under severe criticism for expressing his excitement in a hilarious manner.

In a video shared on social media, the man could be seen spraying money on his newborn baby that’s barely two days old.

Is this witchcraft or what? Watch what this woman did during a ceremony (VIDEO)

While he looked extremely happy over the birth of his baby, most netizens are furious that he exposed the infant to infection by spraying dirty currencies on him. Some even suggested that the father should be arrested for his actions.

Man struggles to stand after banging 3 Olosho at a local joint (Watch Video).

Read the comments below; 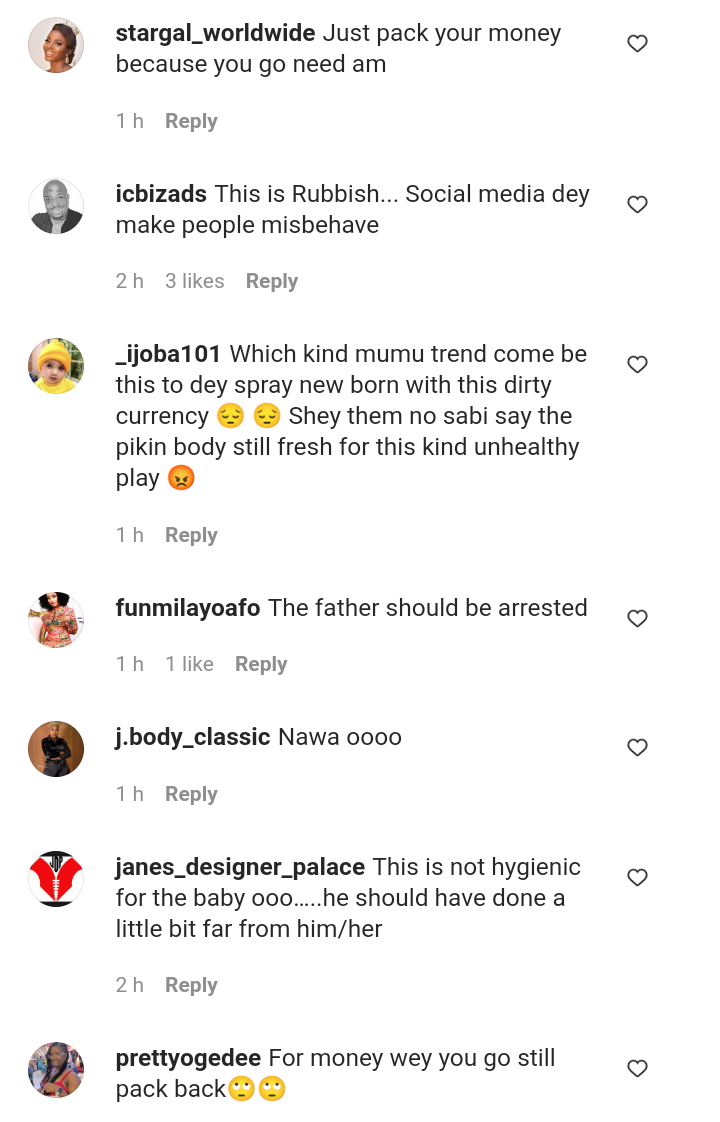 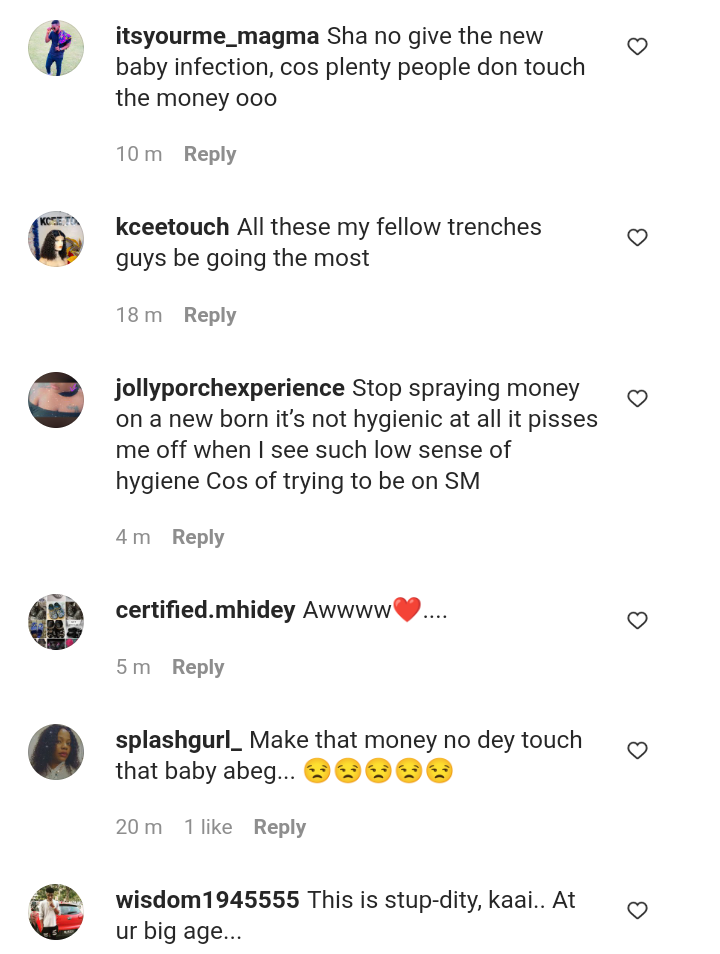