An outrageous incidence took place in Lagos State on Tuesday evening, when some Nigerian soldiers opened fire on several unarmed protesters at the Lekki toll gate.

The brutal attack has led to countless number of casualties including the death of many innocent citizens.

One of those affected took to social media to post the heartbreaking picture of his lifeless relative who was murdered during the protest.

According to the Twitter user named Debomacaroni (filababi), his cousin left a message before he passed on. He tearfully wrote:

“My cousin is dead! Last word “This fight must continue and be won” 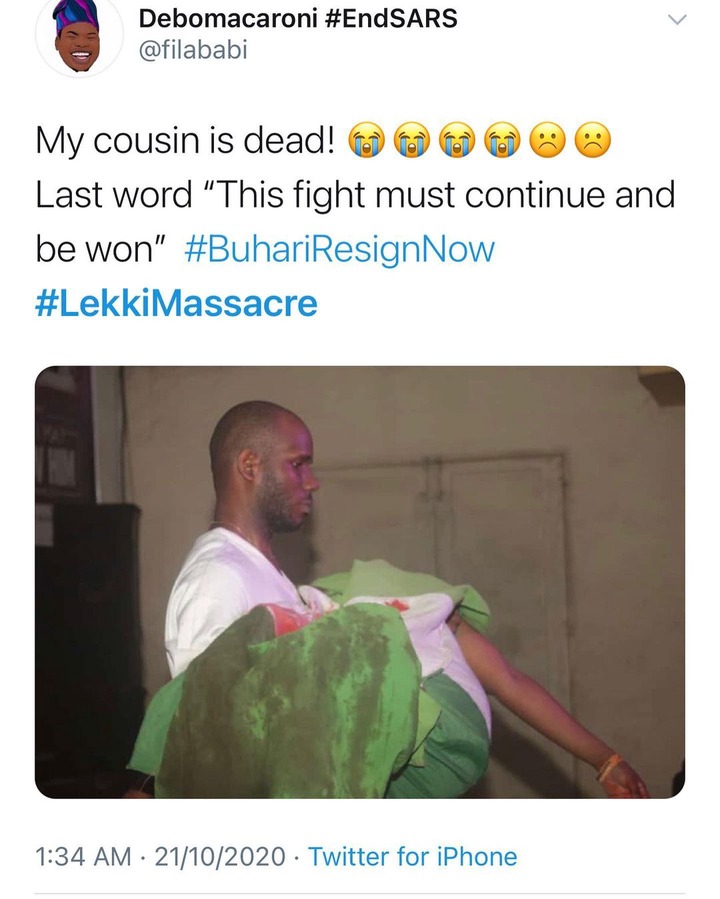 The attack on unarmed protesters in Lagos came hours after the government imposed a curfew in the State.

The Governor Jide Sanwo-Olu has however exonerated himself from the massacre, claiming the shooting on protesters came from ‘forces beyond his control’ – Premium Times