The real reason why late Sylvester Oromoni of Dowen College lost his life, has been revealed by an autopsy report which was recently made public.

According to the autopsy, late Sylvester Oromoni died from ‘acute lung injury from chemical intoxication in a background of blunt force’.

Bus tumbles and catches fire with passengers reportedly inside (Video)

Recall that the deceased boy was allegedly bullied to death by his seniors in the Lagos school, which led to an outcry for justice on social media. 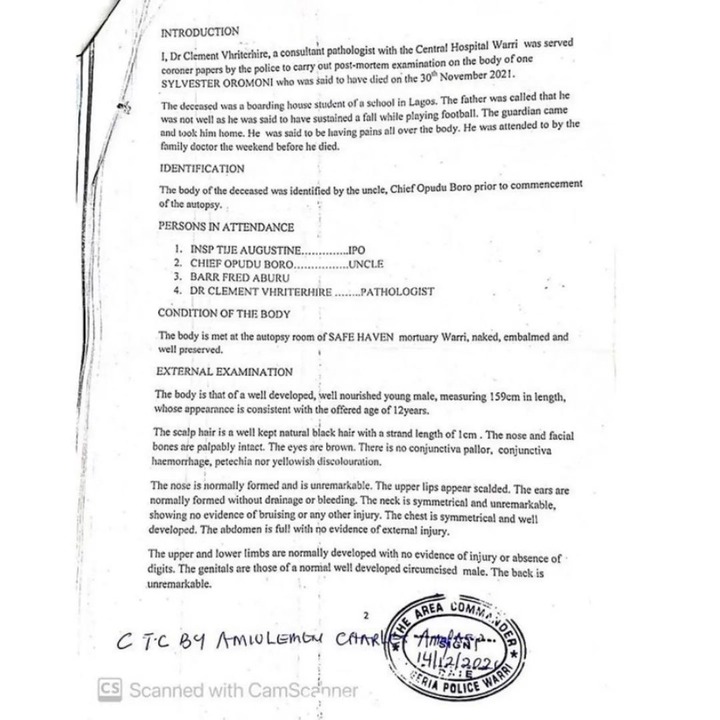 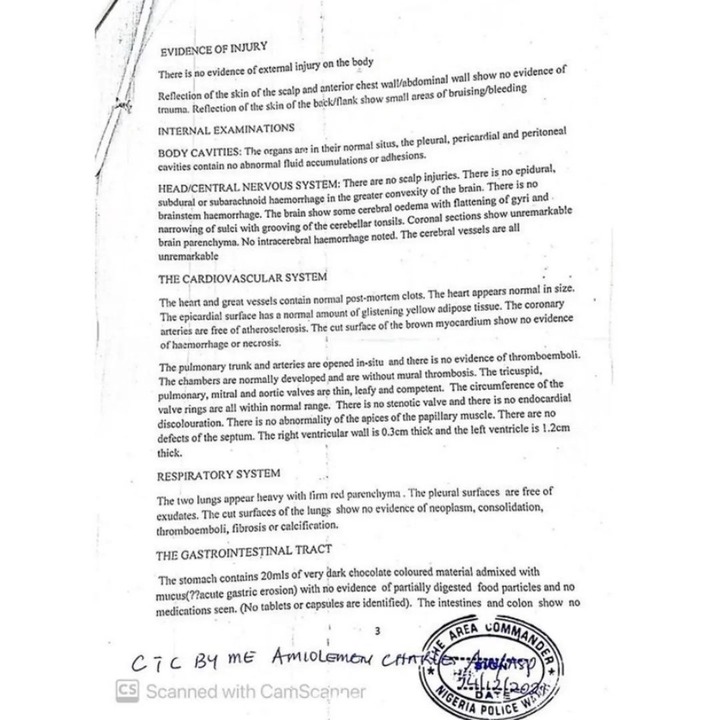 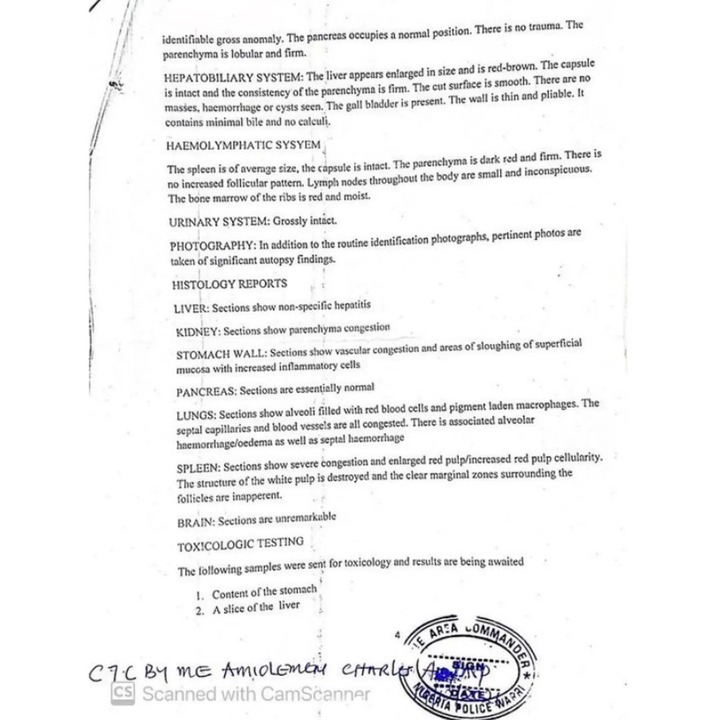 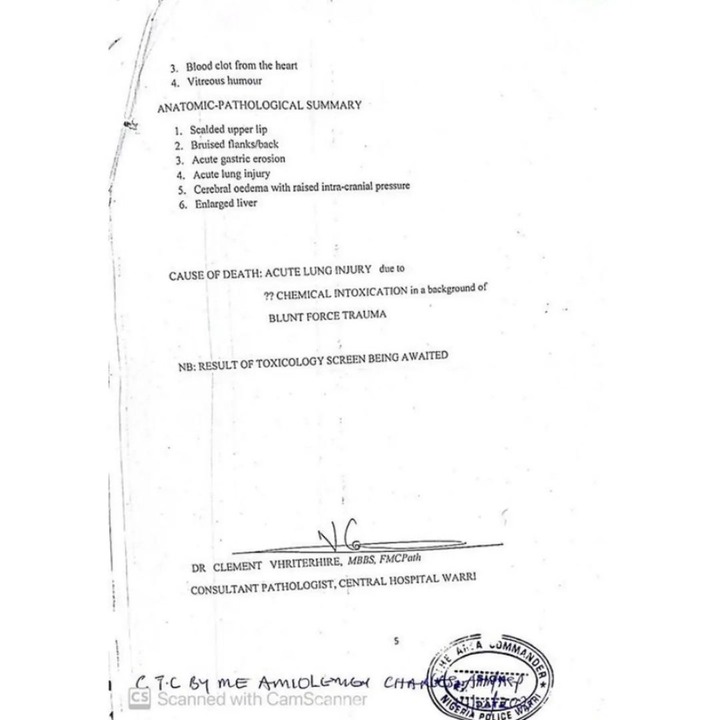 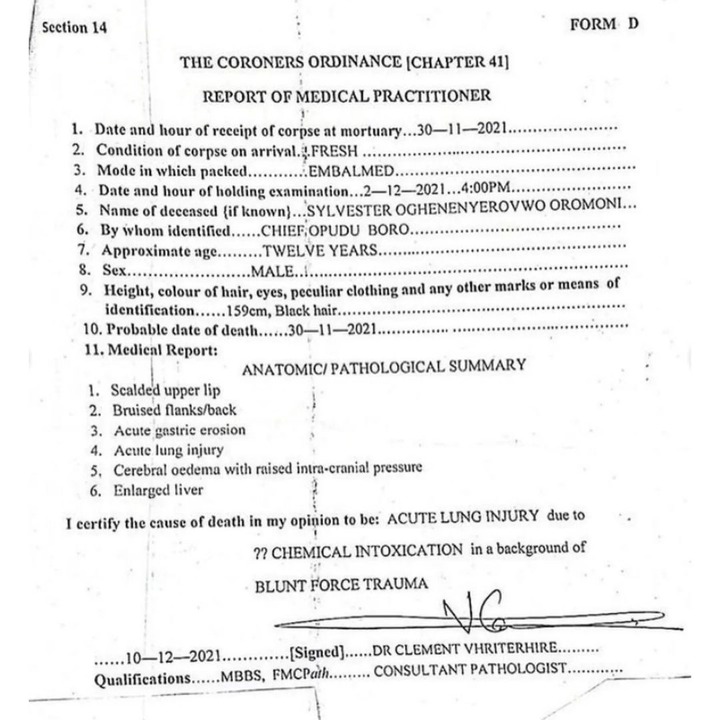