Controversial Nigerian blogger/pharmacist, Dr Kemi Olunloyo has alleged that another video showing where the 10-year-old Chrisland school girl was performing a bl*w job, is on the way.

The self-acclaimed investigative journalist made this known in one of her recent tweets. According to her, Julie Anke, the Chrisland school girl whom her mom claims to have been rap£d by her classmates, was actually making a s*x tape.

She disclosed that while the teenage girl was performing a bl*w job to the boy in question, another boy was having s*x with her. Dr Kemi put the blame on celebrities for influencing the s*x tape trend among juvenile ones. She made it known that the girl was rightly suspended for servicing 3 boys in a hotel during a school trip. 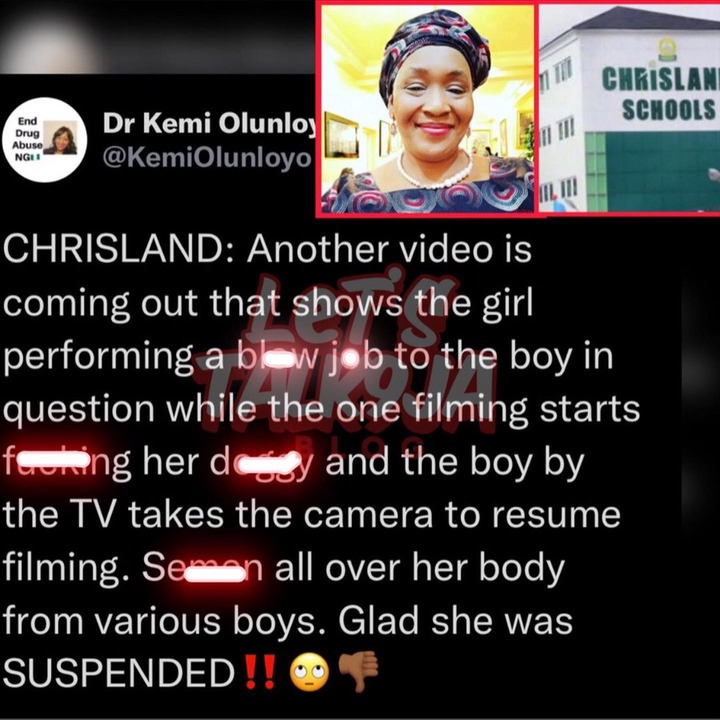 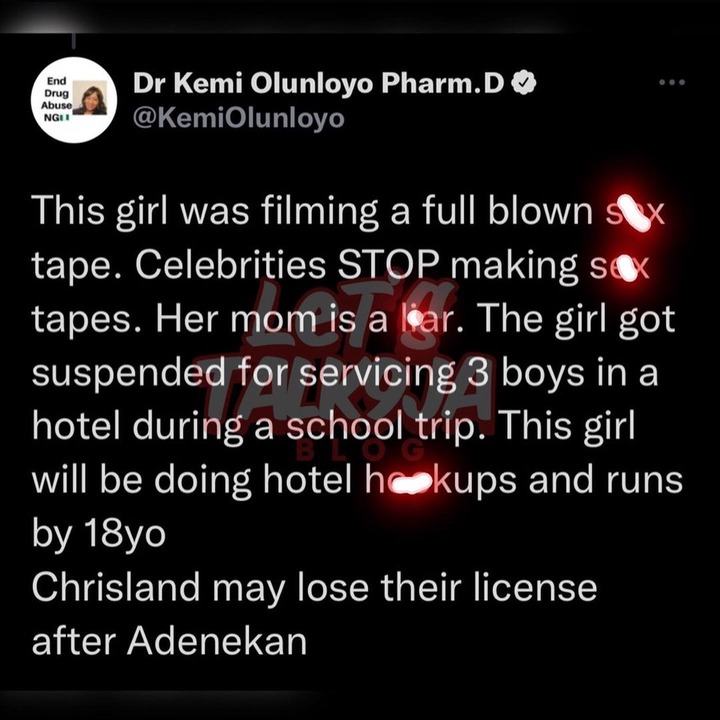 The National Drug Law Enforcement Agency busted a major warehouse where 1.8tons of illicit drugs (cocaine) worth over $278, 250,000,...

WATCH: After punishing a poor widow her son, LASTMA officers are caught commiting the same CRIME!!

Whitemoney is a good man, go for him – Pere tells Queen