Popular Nigerian actress Iyabo Ojo has taken to social media to react to the news of the demise of a certain herbalist who predicted her death.

Recall that some days ago, a herbalist who’s name was undisclosed predicted that Mrs Iyabo Ojo will die a disgraceful death.

The herbalist accused the actress of sleeping around with men in a video that went viral on social media. He said she will suffer and die a disgraceful death, following her stance against Baba Ijesha.

Read: Man gets stuck under a bus station after allegedly taking some drugs (video).

But according to a yet to be verified report by Instagram blogger, seunoloketuyi, “the herbalist who predicted that Iyobo Ojo will die has passed on today.” 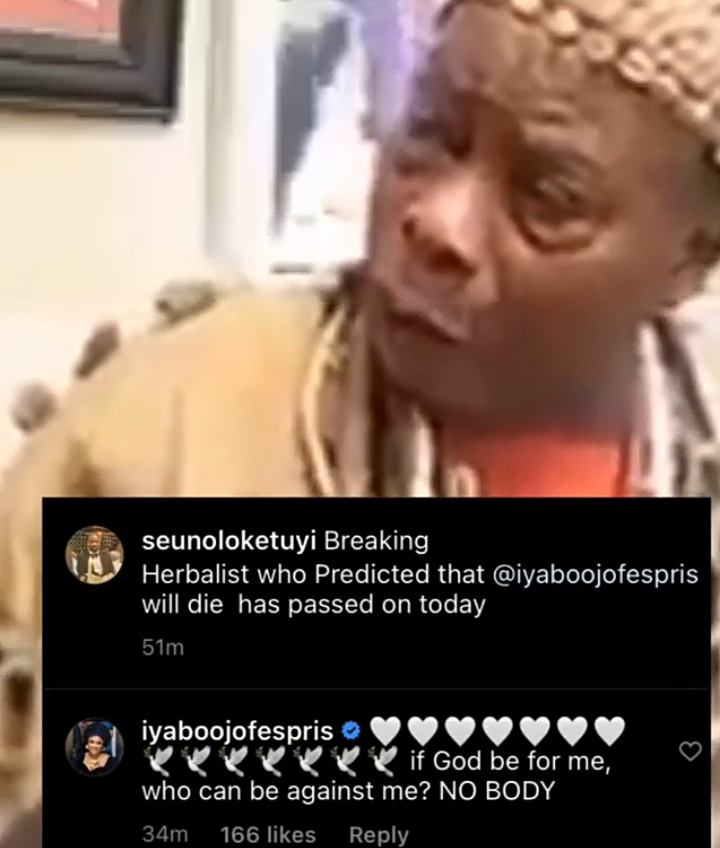 The news of his death has given rise to a reaction by the woman who’s death he predicted. “If God be for me, who can be against me? Nobody,” Iyabo Ojo wrote via Instagram.