Many celebrities including Indian American singer Enisa Nikaj have taken to social media to react to the recent ban of Twitter platform in Nigeria.

The Nigerian government announced Friday through the Ministry of Information and Culture, that it has “indefinitely suspended” the operations of twitter in its country.

This comes two days after Twitter deleted a tweet by Nigeria’s President Muhammadu Buhari, that was widely perceived as offensive.

Meanwhile the announcement of Twitter suspension in Nigeria came through the official Twitter account of the minister of information and culture, Lai Mohammed. This led some celebrities to question the effectiveness of such rash decision by the President.

One of those that commented was Enisa who asked: “Really??? Then where are you Tweeting from.” 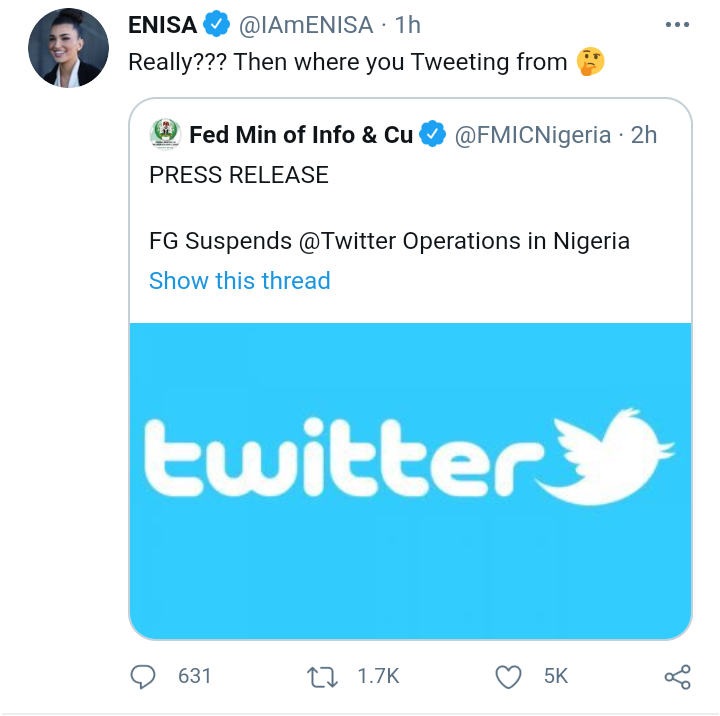 See other reactions below: 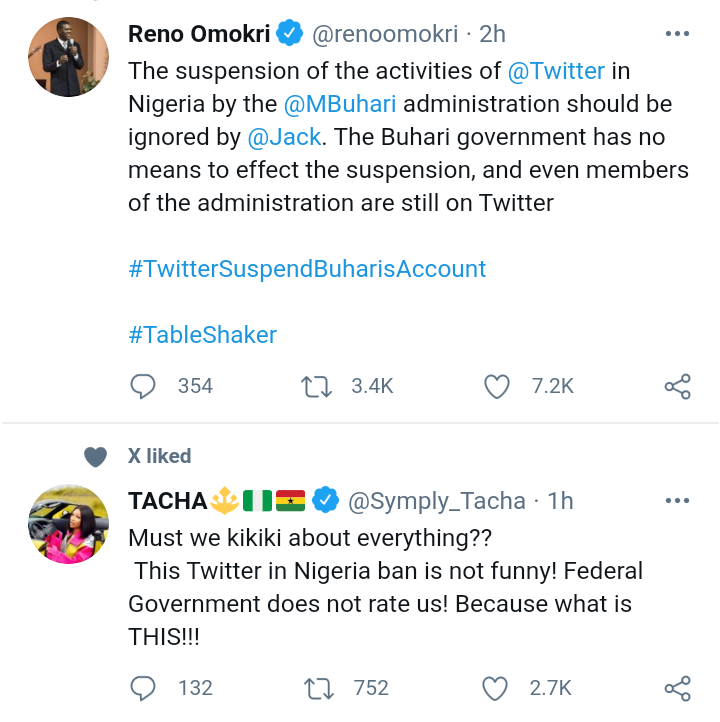 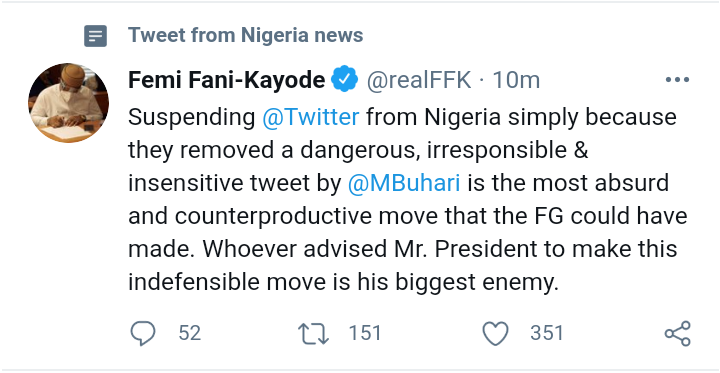 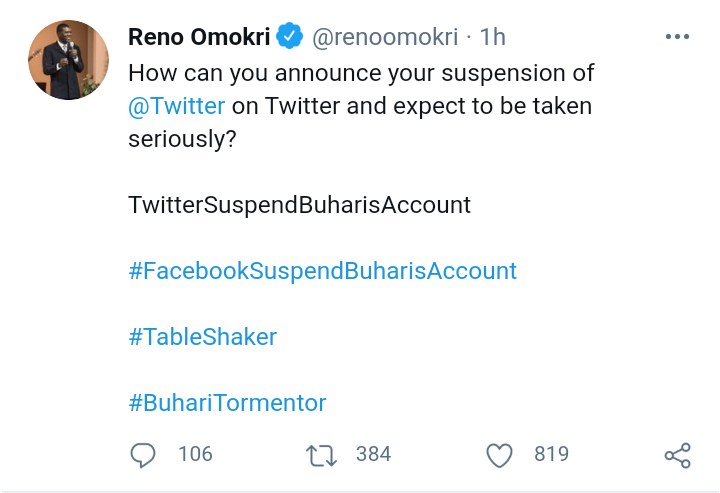 Meanwhile, Facebook also deleted the post from President Buhari’s page for violating its Community Standards. It is left be known if he will also ban the use of Facebook in Nigeria.

Is Odumeje Testing The Size Of His Gbona On Top Of This Reverend Sister, Nigerians Reacts 1n Viral Video