by Law Blessing
in Lifestyle
Reading Time: 1 min read
A A
0

Angel’s mother, Titi has set the social media abuzz with a video of her mood ahead of her daughter’s upcoming birthday. Angel who was among the housemates of the Big Brother Naija Shine Ya Eye is expected to celebrate her 22nd birthday on February 13, 2022.

Titi couldn’t hide her excitement over the fact that her daughter is turning into a mature woman. So she decided to express her excitement in the most hilarious fashion. The mother of one took to her TikTok handle to share a video of herself twerking in anticipation. She accompanied the video the with the following caption: “My mood all week because it’s 6days to my daughter’s birthday.”

Angel’s father reveals the best woman he has ever dated

Meanwhile, many people have taken to social media to criticise Titi over what she wore for the dance video. But the woman responded with the following statements: 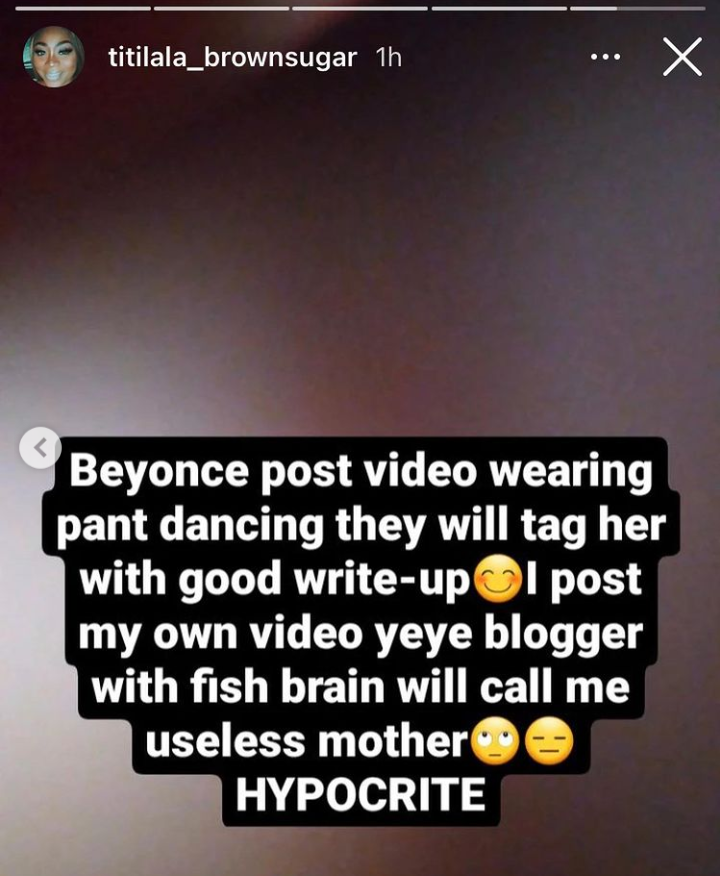