Tuesday night’s episode of the Big Brother Naija reunion began on a very shocking note for most fans, after several revelations of what transpired among the housemates began to spring up.

To everyone’s suprise, Brighto who was considered by most fans to be one of the most morally decent housemates of the Big Brother Naija Lockdown edition wasn’t really what he appeared to be.

The 29-year-old graduate of Marine Engineering admitted while conversing with other housemates at the reunion, that he had a secret affair with Dorathy Bachor.

Related: Summary of Monday night’s episode of the BBNaija reunion.

Dorathy had earlier lashed out on Brighto for not checking up on her or saying a greeting after giving her a bl*w job during the night. Wathoni also claimed to have had an affair with Brighto at the house.

Brighto however stated that it wasn’t easy for him to do such things because he wasn’t ready for any relationship.

This recent development have generated a lot of reactions from people on social media. Read some selected comments below: 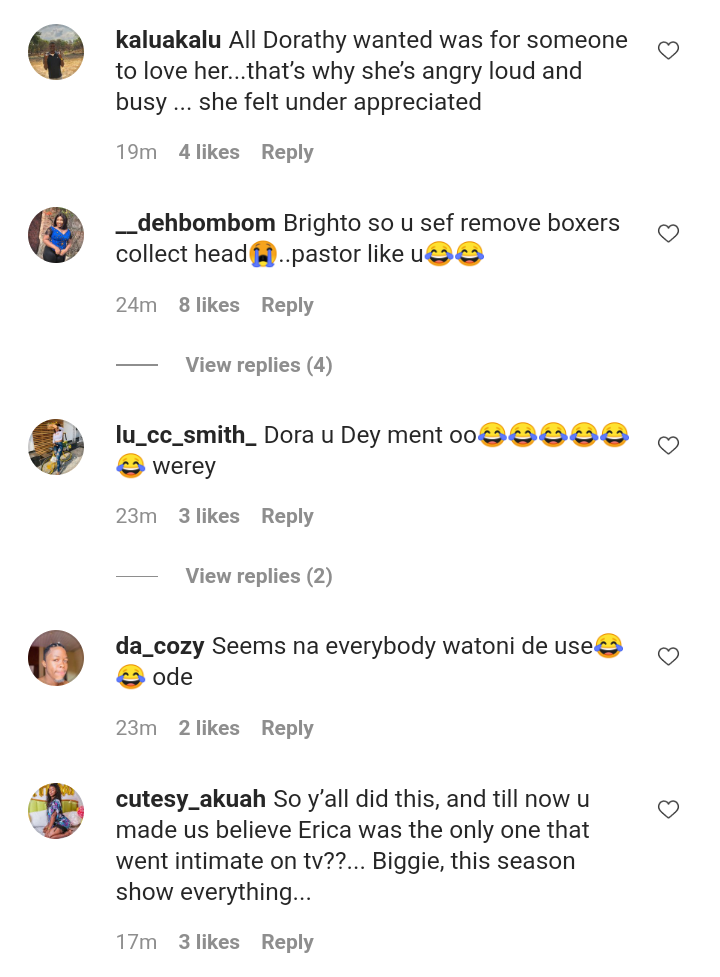 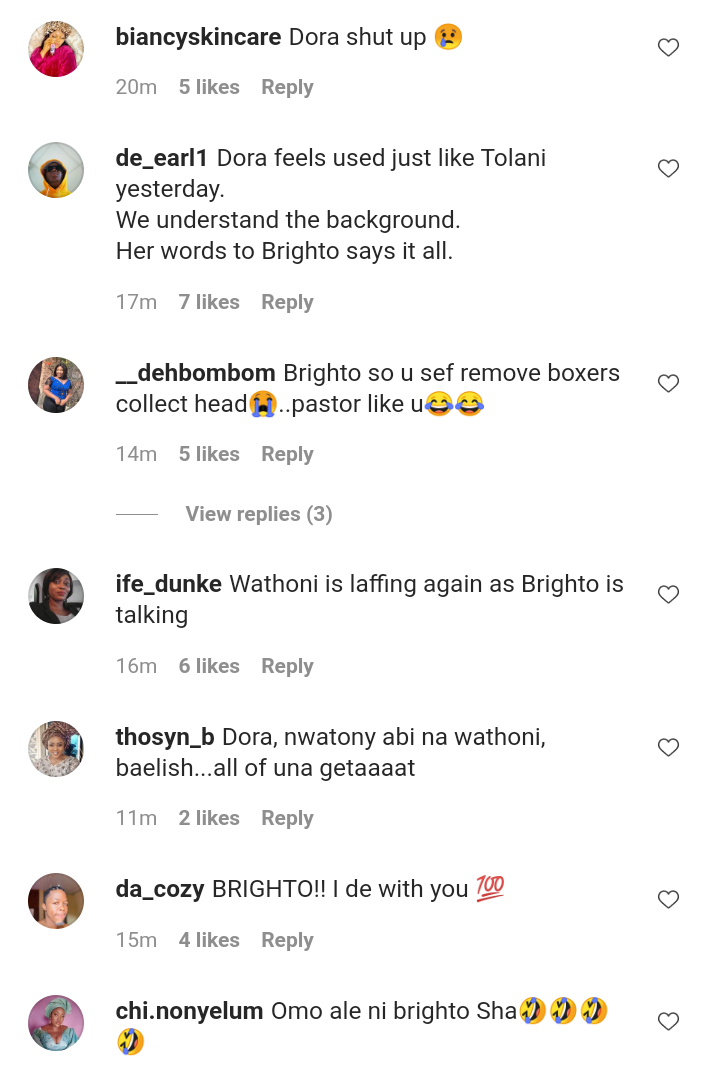 10 perfect gift you can give your girlfriend on her birthday.