Margot Foxx, an Instagram model recently posted a screenshot of what appears to be the account of the 266th Catholic Pope, liking her x-rated picture.

“Hey thats me,” she wrote. “The pope liked my picture that means i’m going to heaven.” 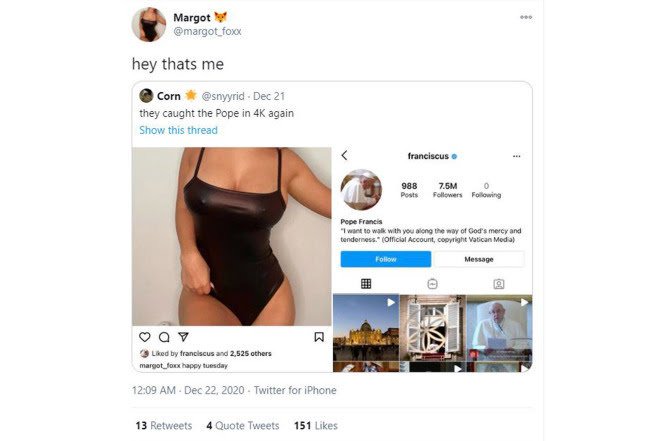 This is not the first time this kind of thing has happened. Back in November, the Pope’s account appeared to also like a racy picture of a Brazilian model named Natalia Garabotto.

The 27-year-old celebrity even took to her page to joke about the pontiff’s verified account liking an image of her standing at a school locker with a white crop top and a skirt barely reaching her behind. 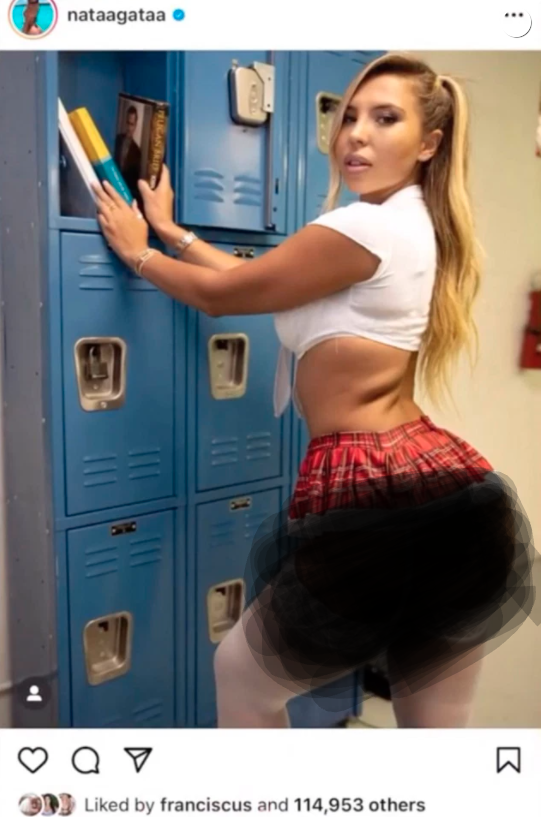 “My mum may hate my ass pics but the Pope be double-tapping.”

Meanwhile, the Vatican has denied such claims, stating that it was asking Instagram for an explanation as to why Pope Francis account appeared to like lewd images.

“We can exclude that the ‘like’ came from the Holy See,” they maintained.

Is Nigeria sharia country? – Man asks after being told to go back home and dress properly at the MFA

“Stop embarrasing me,” Lady reacts as boyfriend proposes to her in the market