The curls, the kinks, the texture, and the styling of African Hair is one of the most beautiful things about being black and African. African hairstyles go way beyond just styling the hair. It symbolises economic, marital, and social status of the wearer.

Sadly, some of these beautiful braids seem to be going on extinction. In this article, we’ll be looking at 10 very Iconic African hairstyles that are gradually fading away.

‘Mangbetu’ hairstyle is mostly worn by Mangbetu women of Congo in the early 20th century. Also called the ‘Tumburu’ style, it was popularised and fetishized by fashion designers and movies. 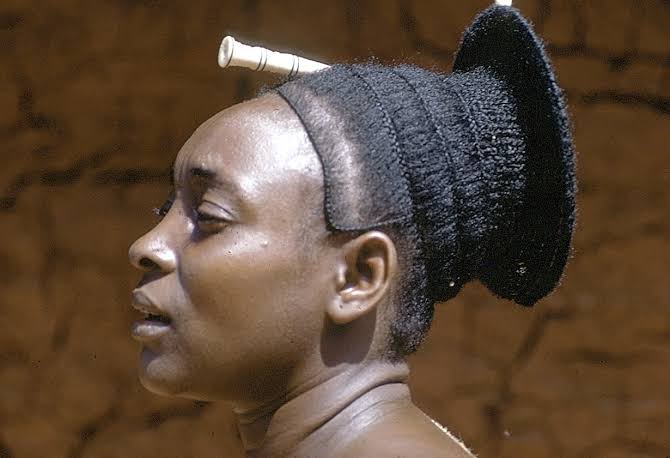 This iconic hairstyle has been worn by famous celebrities like Beyoncé and she looked gorgeous on it. The coiffure is expressively used to appreciate the culture of skull elongation among the Mangbetu people.

When we mentioning natural hairstyles with history and lasting popularity, Bantu knots is a name we cannot forget. This super cool looking hairstyle originates from southern Africa.

What is raw hair?

You may have probably seen this Bantu knots on your favourite celebrities like Rihanna and Lupita, but the style isn’t new by any means. Bantu is a word that means ‘people’ in over 300 African languages. No wonder it has become so popular among Africans and African Americans.

The Amasunzu hairstyle was designed by cutting away some hair towards the middle, then leaving it to grow. Some designs look like circles inside circles while some look like walls behind walls. The hairstyle comes from the Tutsi and Hutu people of Rwanda dating back about 500 years. Now there are over thirty different styles of Amasunzu worn by both men and women. 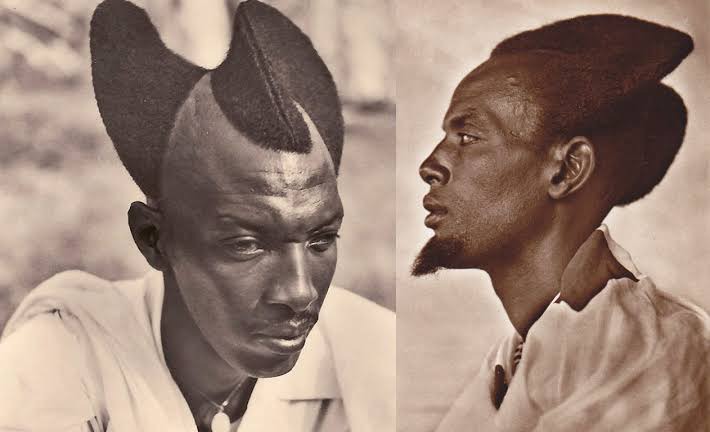 For men, Amasunzu shows one’s power, bravery, and nobility, as well as prestige. For females, the story is different. It shows that a girl is ready to tear rubber, if you know what I mean.

Almost every African woman today is wearing Fulani braids or has worn one before. Fulani braids was made popular by the Fulani people of Africa. The late award-winning actress Cicely Tyson was one of the first Black women to wear Fulani braids on red carpets and even on the cover of JET Magazine in the 1960s and ’70s. Alicia Keys later made the style popular as she wore them on the cover of her debut album, ‘Songs in A Minor.’

African thread is a very common African hairstyle all over the continent. This beautiful hairstyle is native to the Yoruba people of South-west Nigeria. Over time, threads have become popular all over West Africa. Among Africans, threads have different names from different tribes. It is a natural hair straightener, which has been a major part of hair care routines for centuries. It’s a style used by many African girls to make their hair longer.

Himba is a tribe in Northwestern Namibia. For the Himbas, locks symbolise age and life. Himba stylists use a mixture of butter, ochre, and goat hair to create the locks. They also use hair extensions and ornamental accessories for beautification. 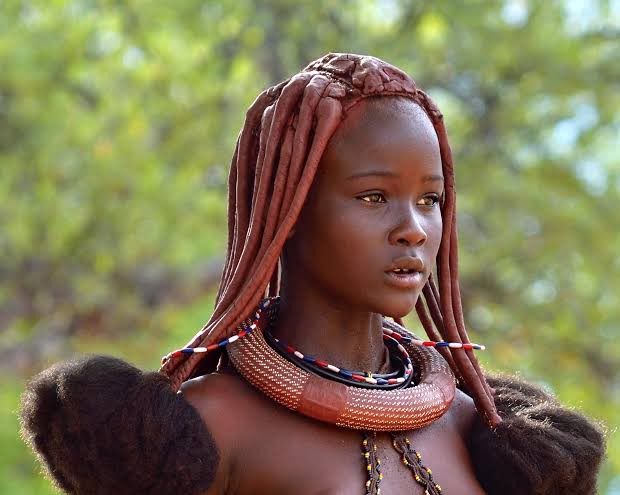 Usually, teenagers wear strands of their locks hanging over their faces to symbolise their entrance into puberty. When these teenagers are ready to marry, they tie these locks to reveal their faces. Simply put, “I’m ready for tear rubber.”

The conical hairstyles of Zulu women have evolved into the intricate headdresses now worn by many Africans. For this look, hair is gathered into a top knot and stretched into sections, separated by ties.

In the early centuries, women in these communities used the style as a status symbol and only members of the ruling class wore them. These days, although still heavily worn by Zulus, Topknots have permeated other cultures, such as the Ethiopians and Somalis.

Goscha is a cultural symbol of the Hamar tribe of Ethiopia. When the Hamar people came to settle at the Omo Valley, they blended into the society of nomads which they met there. Together with these nomads, they invented this traditional hairstyle and called it ‘Goscha.’ 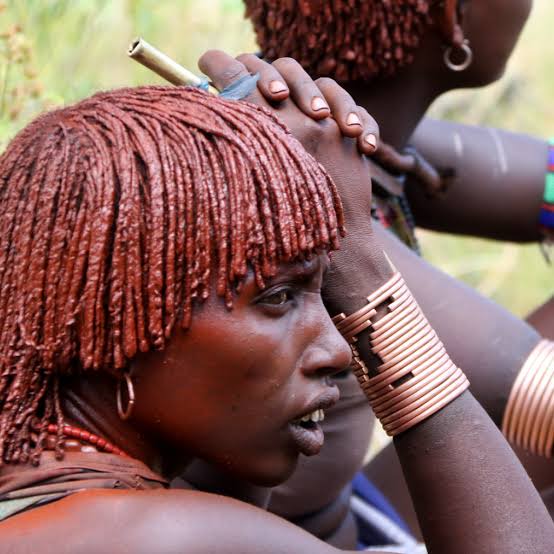 Another Iconic African hairstyle is Ngala Hairstyle. This hairstyle is native to the Igbo people of Nigeria. This hairstyle signifies pride and elegance. The hairstyle is usually worn on special occasions like marriages and coronations. A special feature of the Ngala hairstyle is the adornment of beads on the hair to compliment beads worn on the neck.

Sahrawi Cornrows are indigenous to Sahrawi people living in Mauritania, Algeria and Morocco. The Sahrawis wear cornrows in the typical Sahelian way which is two sections running through the middle. Hair extensions are used to form smaller braids.

Which of these hairstyles look great on African women?

Although tattoos are quite beautiful, you need to really think well before getting it. Here are 4 things you need...

Perfumes come in three different notes, and each of these determines how long the fragrance will last on you. Below...

The bathroom is one area most people overlook when it comes to paying attention to it'd impact on human health....

5 Sensitive things to avoid in a social conversation

people you know why you hate having conversations with some set of people? This may be because they don't just...