Salah, Son and other football stars who have served in the military

Unfortunately, the war in Ukraine is still on and it has affected almost every aspect of our lives including football. Now with the whole chaos going on, more people have had to join the Ukrainian army to boost the country’s defense and even football heroes have had to turn to national heroes this period.

You remember the Sheriff Tiraspol ball manager? The one who defeated Real Madrid in the Champions League; he has joined the Ukrainian army and is currently at the front lines defending his country after it was invaded by Russia. This has led us to think back to footballers who’ve had to join the military in their countries for one reason or another. Here are eight footballers who have once served in the military.

In South Korea, regardless of who you are, provided you’re a man between the ages of 18 and 28, you have to complete a compulsory three-week military service. It doesn’t matter if you’re one of the biggest football stars on the globe, you’ll still be conscripted. So in 2020, Son Heung-Min went back to South Korea to do his compulsory three weeks in the army and well, he did well. He was one of only five men to receive an award at the end of the program. The Spurs forward got a 10 over 10 in the shooting category and we can’t say that we’re very surprised. From one fantastic Premier leyague shooter to another.

Long before his move to Liverpool, Mohamed Salah spent a little time in the Egyptian army. Just like in South Korea, men within a certain age group in Egypt are required to complete a military program. But in the North African country, you could escape being conscripted if you were enrolled in a certain education program. It was that program that ensured that Salah only tasted, but never really served in the Egyptian army. But he nearly did. 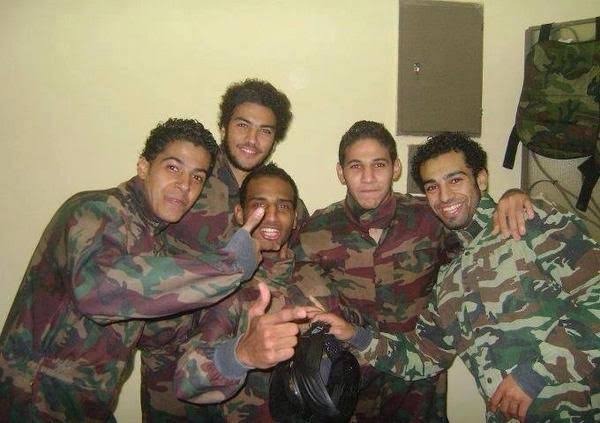 During his Chelsea days, his enrollment had expired and therefore he was required to go and do the compulsory service, but his national team coach at the time came to save the day by renewing his enrollment. If Salah had done his time in the Egyptian army though, we would have seen another 10 over 10 shooting display no doubt.

The 23-year-old Shakhtar Donetsk defender, just like the Sheriff head coach is currently in Ukraine defending his country. Just a few days back, victor went on his Instagram and posted a picture of himself in the Ukrainian army uniform with the caption: “I am in Ukraine, I’m helping the armed forces. Glory to Ukraine!” Such a brave decision for that young lad.

Neved who was born in the 70s literally had to fight for a chance to play football at a top level. There was a law in his home country of Czechoslovakia back then that under 32 players were not allowed to play professional football outside the country. So he had to play for Dukla Prague – a club in the Czech capital which was run by the army. While he was playing there, he was also doing military service.

Anyway, after his military service, he joined protests to change things in the country including the law that prevented him and his fellow footballers from playing abroad and things did change. That must have been a victory sweeter than any that he had had on a football pitch, because honestly, without those laws changing, we would have had a totally different name on the 2003 ballon d’Or award. 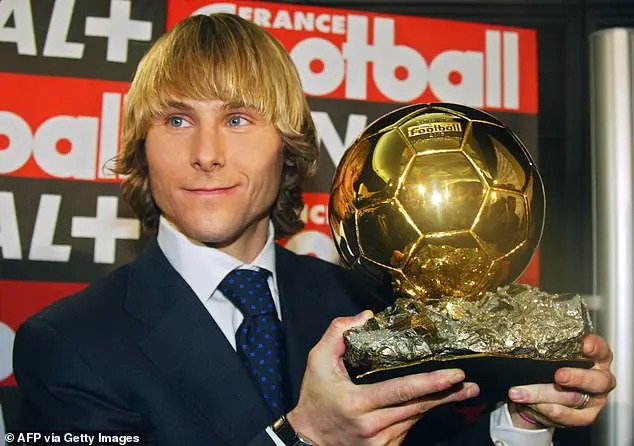 Eric Cantona is an actor, director and producer. But you probably know him as a former footballer and manager. Did you know that he was also a member of the French army at some point? Before the French forward took the Premier League by storm at Leeds United and then at Man United, he first had to serve in the armed forces back in France. But Cantona was not the only Manchester United forward who did military service.

Bobby Charlton had already earned a place in the Manchester United first team when he was called to do some national service in the Royal army ordnance corps in 1956. He would do his national service at Shrewsbury during the week and then go play for Manchester United during the weekend and guess what? In the 14 games he ended up playing for the English giants that season, he ended up scoring 12 goals and we would also have you know that sir Bobby Charlton was not conscripted.

He applied on his own on the advice of Matt Busby his coach at the time. Duncan Edwards, Charlton’s teammate back in 1956 also served in the military alongside him, but while it wasn’t compulsory for Sir Bobby, it was for Paolo Maldini.

Until 2004, there was a law in Italy that mandated men within a certain age group to serve in the military for some time. So because of that law, Paolo Maldini had to enlist in the Italian army back in the 80s. Perhaps that military training helped toughen him up and shaped him to be the hard no-nonsense defender we knew him to be. Till today, the AC Milan legend is still regarded as one of the greatest ever defenders in the history of football.

Canavaro who is also regarded as one of the greatest defenders of all time, also served in the Italian military. While he was there, he competed in and won the World Military Cup back in 1996. Perhaps that was what prepared him to lead his country to FIFA World Cup success a decade later and then he went on to win the ballon d’Or that same year. What a career that man has had as a football player and as a member of the Italian Military. By the way, Alessandro del Piero and Roberto Mancini are some other Italians who had to do military service. 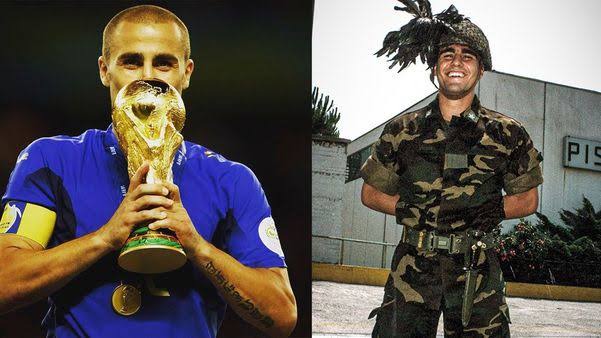 Are there any more footballers you know who have done any form of military service? Let us know in the comments.

13 Unprofessional Habits you need to deal with at Work

VIDEO: I Accepted Marriage Proposals From 2 Men Without Knowing They Were Brothers, Now I’m Pregnant – Lady Cries Out

VIDEO: I Accepted Marriage Proposals From 2 Men Without Knowing They Were Brothers, Now I'm Pregnant - Lady Cries Out

12 book apps every book lover should have