VIDEO: Is this Nigeria working for you? A must watch video!

Super Eagles of Nigeria has secured a seemingly tough opponent for their round of 16 game at the 2021 African Cup of Nations in Cameroon. The 3-time champions have been drawn against the Tunisians for the game on Sunday evening. Having secured a top spot at the group stage, Nigeria was expected to be paired against a third placed team in either group E or F.

Unfortunately, Tunisia fell into that slot after emerging the best lossers of group F. Although they are supposedly a weak team, since they struggled to hang on in the tournament, but at this stage anything can happen. Here are five talking points ahead of Tunisia’s ko game with Nigeria.

Only one Eagle will soar

Interestingly, the Nigeria and Tunisia game will be a ‘Clash of the Eagles.’ The Nigerian National football team are nicknamed ‘Super Eagles’ while Tunisia’s team are known as the ‘Eagles of Carthage.’

Super Eagles and the Carthage Eagles are familiar rivals. The two teams have met themselves up to 20 times on international stage, with nothing to separate them. They both share 6 wins, 6 draws and 8 losses apiece. However, Tunisia will be aiming for revenge against the Nigerians who beat them to the bronze medal at the 2019 African Cup of Nations in Egypt. But it will be an uphill task for them since the Super Eagles looks pretty much like an improved team from their last encounter.

This game is expected to produce a couple of goals. In fact most fans are of the opinion that it may be decided by who scored higher. Although Super Eagles are still struggling to be clinical in front of goal, but they have been slick and confident right from the kickoff of their campaign. They are also among the highest scoring teams of the group stage. 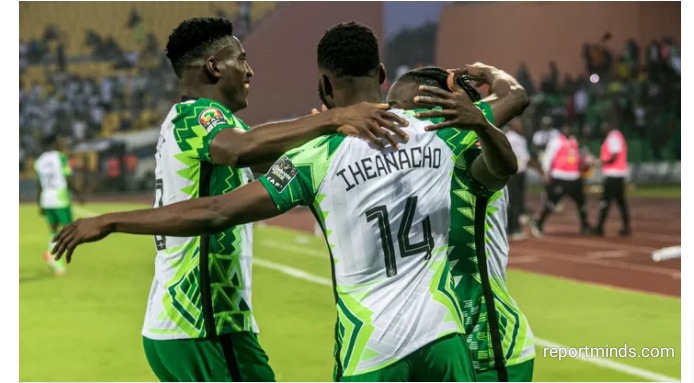 The team are blessed with several players that could cause a panic attack for any defence. Although that is not the case with Carthage Eagles, but they have shown glimpses of their attacking threat after a 4-0 victory over Mauritania in their second group game. No doubt, they will surely raise their game against a much stronger opponent like Nigeria.

Nigeria’s interim manager Augustine Eguavoen recently pointed out that Super Eagles strength lies on their wing play. He attributed the nation’s football success over the years to the depth on the wings. The coach seem to be right after all, because the current squad looks extremely dangerous on the wings. Something most fans might not have noticed is that the last time Nigeria won an AFCON, a certain Victor Moses was a nightmare for defenders. This time around, another guy named Moses is already causing so many damages for opposition defenders. All things being equal, he is expected to continue from where he stopped against Tunisia.

So far Nigeria’s interim coach Augustine Eguavoen has established himself as a very tactical manager. The Super Eagles has really flourished in the less than a month he took charge of the team. Most fans are already rooting for his stay to be permanent, because he has so far done a good job. But the game against Tunisia will be a defining moment for the coach and his lads. He will definitely be a fan favourite if he eventually delivers his team across the Carthage Eagles.

Lady tattoos APC chieftain, Bola Tinubu on her back

Man Gave Mechanic His Car To Repair, He Drove The Car To His Girlfriend’s House, Check Out What Happened To The Car (Photo)