The 30-man list which was recently announced by the Nigeria Football Federation (NFF) via its official Instagram handle includes many English Premier League stars like Ademola Lookman, Emmanuel Dennis, Kelechi Iheanacho, Wilfred Ndidi and the rest of them. The most notable name of the list is that of Lookman who was recently cleared by FIFA to switch international allegiance to the Super Eagles.

Oghenekaro Etebo also returned to the team after a long injury layoff.

Meanwhile, here is what the full squad looks like: 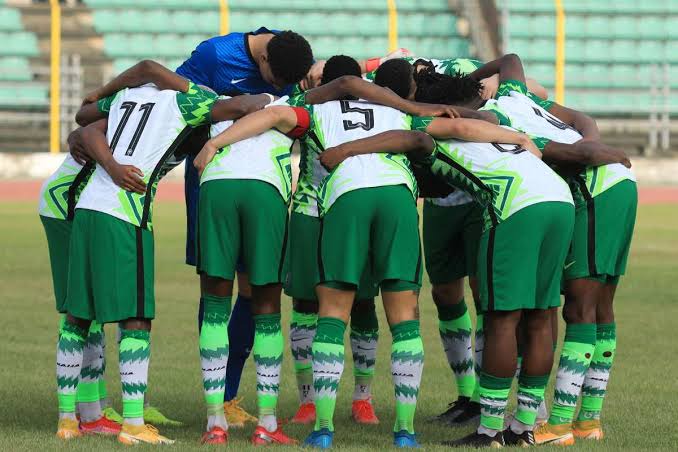 The first leg of this mouthwatering encounter is scheduled to hold on 25th March, 2022 at the Cape Coast Sports Stadium Ghana (Time – 8.33pm NGA time), while the second leg will be on 29th March 2012 Moshood Abiola National Stadium Abuja (Time – 6pm).

Pakistan Plane With 99 Passengers Aboard Crashed With Only Two Survivors