#AFCON2021: 3 obvious weaknesses of the Indomitable Lions of Cameroon

It’s fair to say that the AFCON 2021 began on a good note for the host nation Cameroon after having an upper hand in the opening game of tournament. A 2-1 victory over Burkina Faso is nothing short of a perfect start for the Cameroonian national team.

However, the victory does not conceal the glaring flaws of the host nation. Consider these three obvious weaknesses of the Indomitable Lions of Cameroon.

The very first goal of the tournament was scored from a set piece. When Burkina Faso got a corner kick from the left flank in the 24th minute of the first half, Bertrand Traore was left unmarked to power in a stunning header which was desperately cleared off the line by a Cameroonian defender who was stationed on the far post.

Another ball from the opposite side was misjudged by Goalkeeper Onana and it touched the crossbar before ending up on the legs of Traore who whipped in a superb cross for Gustavo Sangare to volley into the roof of the net. 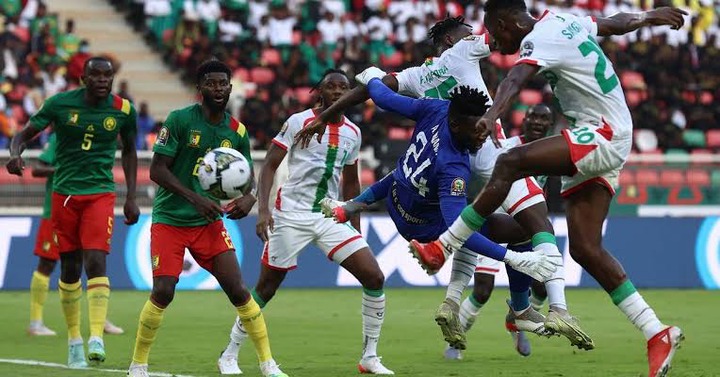 Cameroon could have conceded another goal from the set piece before the break after a defensive howler in their box, but Andre Onana was there to save the day. If this team must go far in the tournament, then they have to work on their set piece struggles.

It may be surprising to note that despite having some of the best forwards in the competition, Cameroon still struggled to have a shot on goal throughout the first half of the game. But it’s too early to judge the host nation and for the fact the likes of Jean-Eric Maxim Choupo-Moting and Christian Bassogog came into the game in the second half, they can be pardoned. 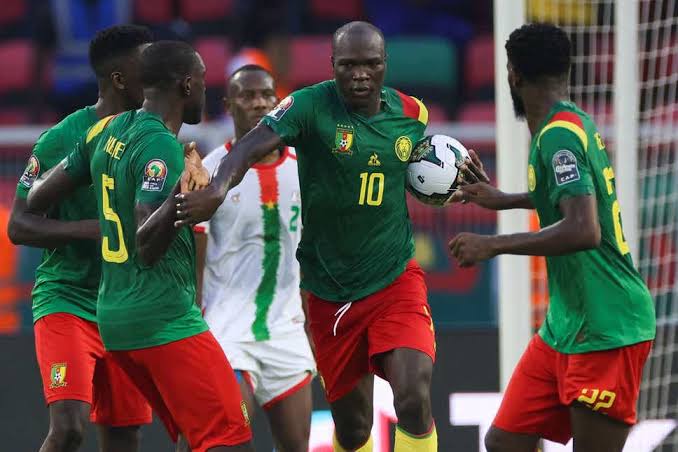 It’s fair to assume that Captain Vincent Aboubakar had a good game after scoring a brace from the penalty spot to complete a comeback that left home fans sighing with relief, but in reality he was ineffective without those goals. He was also guilty of missing a clear-cut chance after the break at the Olembe Stadium in Yaounde.

Related: CAF gives notice on new rules and number of players and substitution for AFCON 2021.

For a highly physical tournament like the AFCON, you need your strikers to utilise any little opportunity that comes their way because a strong opponent will give you less chance.

A combination of technical skills and physical abilities are some of outstanding qualities of a good football team. But for a Cameroonian team with more physical and less technical players, it will be difficult to create a balance. A lot was said about the technical abilities of likes of Nouhou Tolo, Zambo Anguissa and Choupo-Moting.

However, the team that played against The Stallions yesterday were not as technical as we expected. Choupo-Moting would have provided the needed spark if he was introduced earlier during the game. Probably the coach will start him in the next game against Ethiopia.

Mummy G.O. Replies Those Using Her Preaching For Memes