Several fans have taken to social media to call out reality TV star Brighto over his recent post about his fellow housemate Dorathy Bachor.

Dorathy shocked virtually everyone when she revealed that she gave Brighto, who most people thought was a saint in the house, a bl*w job during their days in the Big Brother’s house.

Though, she was disappointed that Brighto did not check up on her or say a greeting to her after their intimate affair during the night.

Related: Summary of Monday night’s episode of the BBNaija reunion.

Brighto in turn said he owe Dora no apology because he made it clear right from the onset that he was not yet ready for any relationship with anyone in the house.

While fans were still trying to come to terms with everything that transpired between Brighto, Dorathy and even Wathoni, the young man continued to do more harm to his reputation by saying sarcastic things about Dorathy on social media. 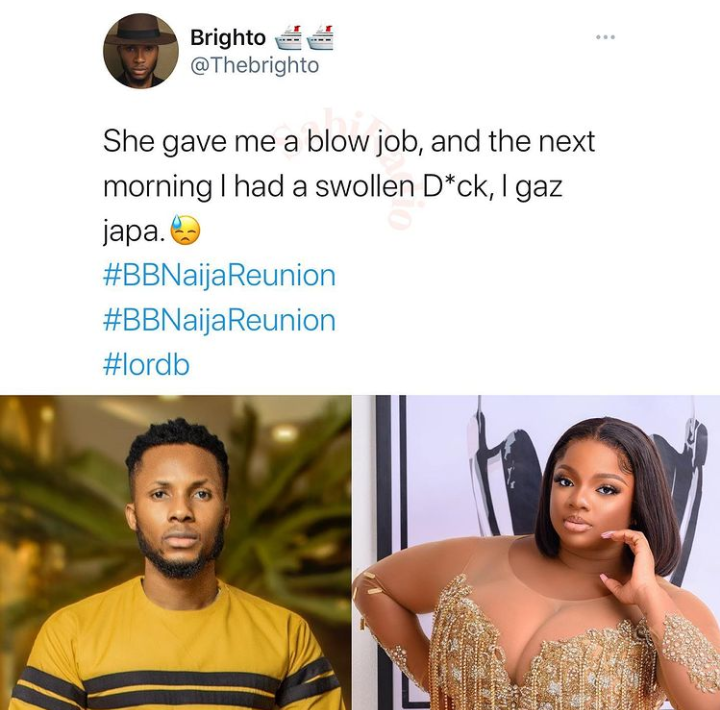 Most people that came across Brighto’s posts was disappointed that he and Dorathy could degenerate to such a shameful level.

Read their comments below: 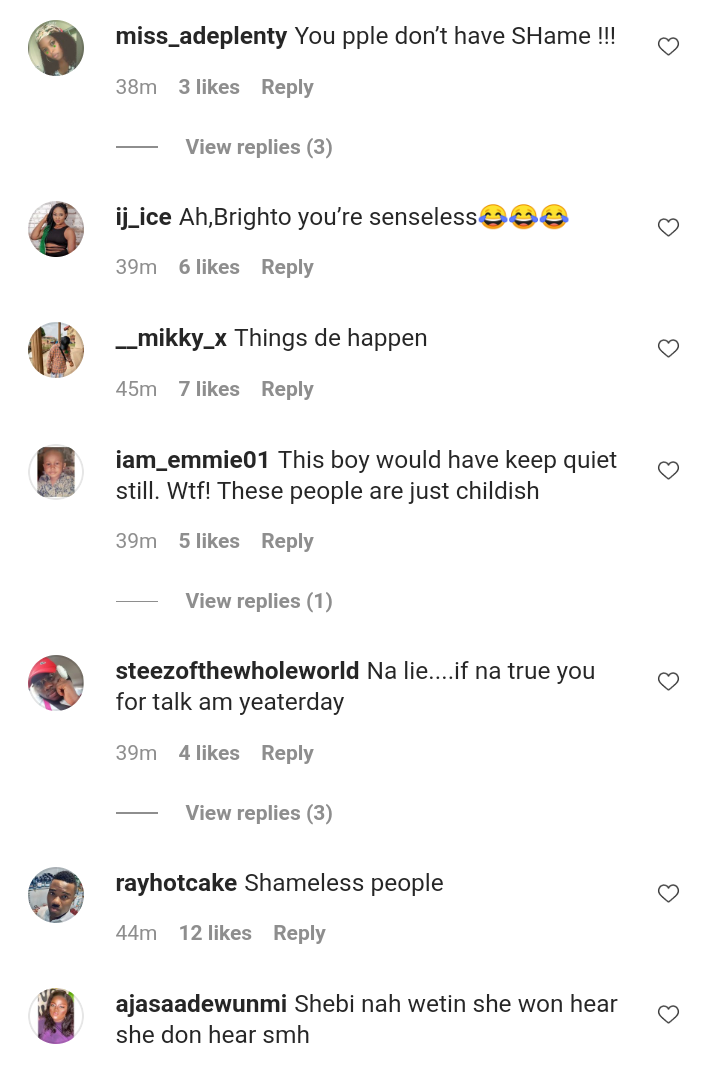 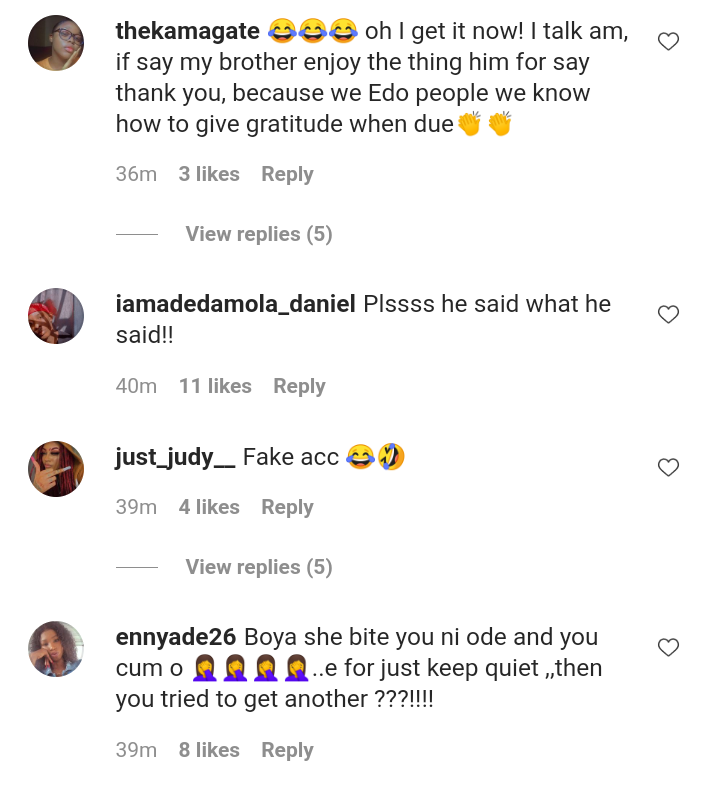 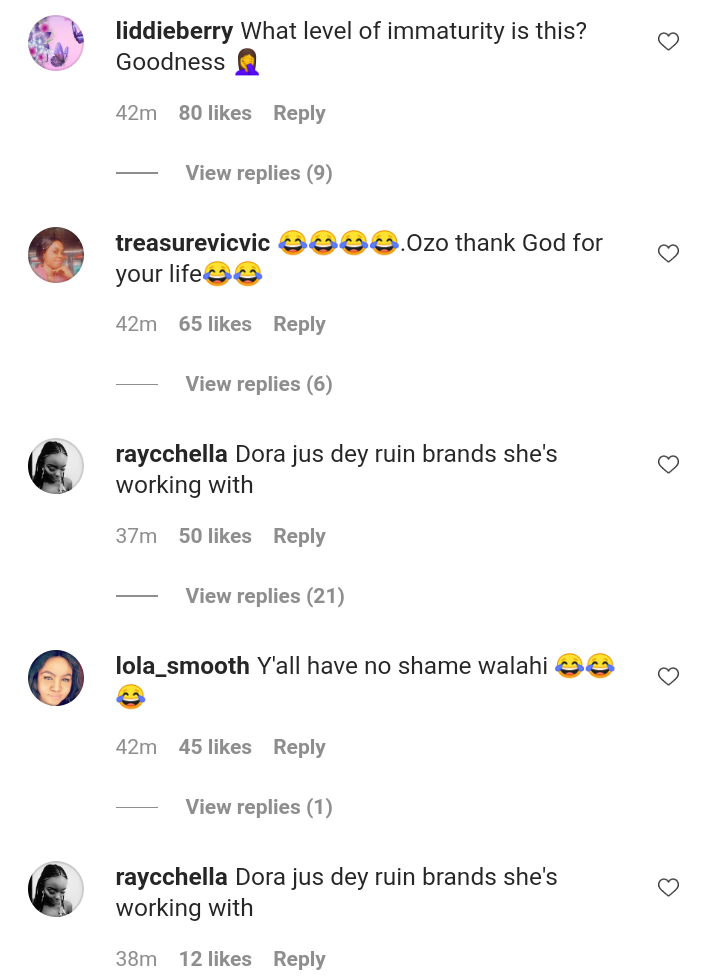