To Adam he gave Eve, to me He gave you – Pere writes Queen on social media

Reality TV star Pere Egbi has taken to social media to praise his colleague Queen Mercy Atang for her glaring beauty. Queen, a former Big Brother Naija Shine Ya Eye housemate shared a beautiful picture of herself on Instagram and Pere was moved to comment on the picture. “See fine babe na!” Pere said.

His compliment seem to have impressed Queen so much that she wanted more from him. So she decided to ask for more. “My first love, toast me already,” she requested.

Without thinking twice about it, Pere composed a fantastic line for Queen. He wrote: To Adam He gave Eve, to Abraham He gave Sarah and to me, He gave you.” 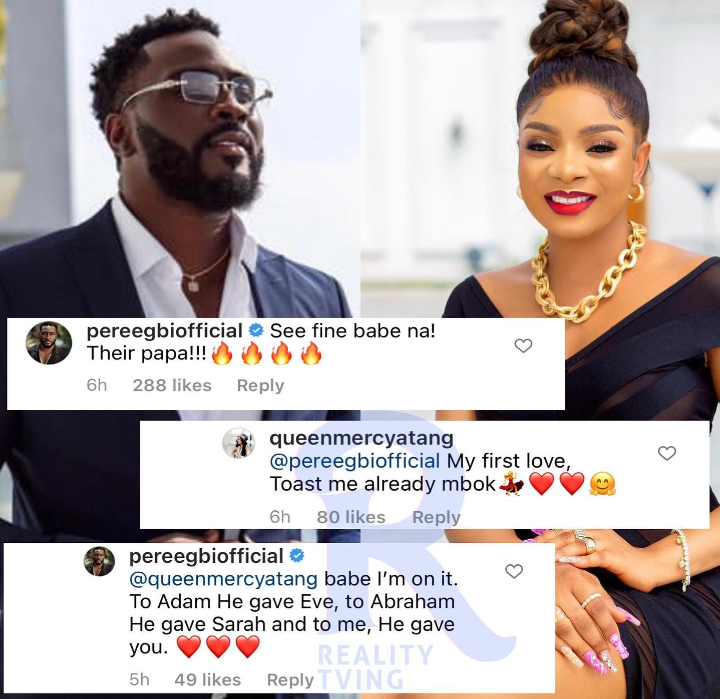 It’s really nice to see these two getting along so well with each other despite the little misunderstanding they had during their days in the Big Brother’s house. Don’t you think so?

BBNaija: It Takes nothing short of 2-5 years to develop real love for a person – Yerins