Tems and her colleague Omah Lay was recently trending on social media following their arrest in Uganda. They were allegedly arrested for violating the country’s Covid-19 laws, but after several calls both offline and online they were subsequently released after some days.

Chris Brown must have done some research about Tems for him to recognise and acknowledge her massive talent.

He recently took to his InstaStory to praise the female artist for her works. He wrote: “Tems is so so so fire! OMFG”. 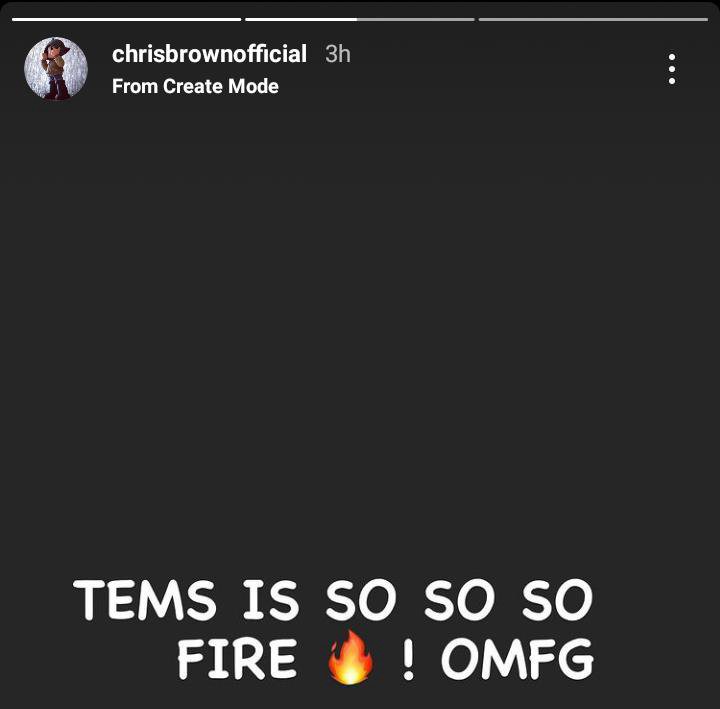 Also Read: Neo is still a baby of his mum, see what the former BBNaija star was doing around his Mother (Video)

It takes a great deal of talent to be acknowledged by a famous singer like Chris Brown. Watch out for Tems.