If you have been up to date with the Nigerian music industry, you may probably have come across the slang “Zazu” or its crooner Portable. Both have been trending in the Nigerian social media space for a few weeks now.

But for those who do not know who Portable is, his real name is Habeeb Okikiola, also known as Yaromaiswag. He is a 27-year-old talented Street Artiste from Ogun state. In case you don’t have an idea about his song “Zazu Zeh”, then this gist is for you.

Portable’s meteoric rise to stardom began when Nigerian talented dancer Pocolee pick up a special interest in him. Grace finally found him when Olamide decided to jump on a song with him, thanks to Pocolee and his promoter, Kogbagidi who also happens to be his acting manager.

His grass to grace story did not end there. The song came out and started doing wonders and topping trends. He was invited to perform during Tiwa Savage’s music concert and the mother of one appreciated him with some cash while he was on stage. The same thing happened when he performed during Wizkid’s concert, all in the same week. 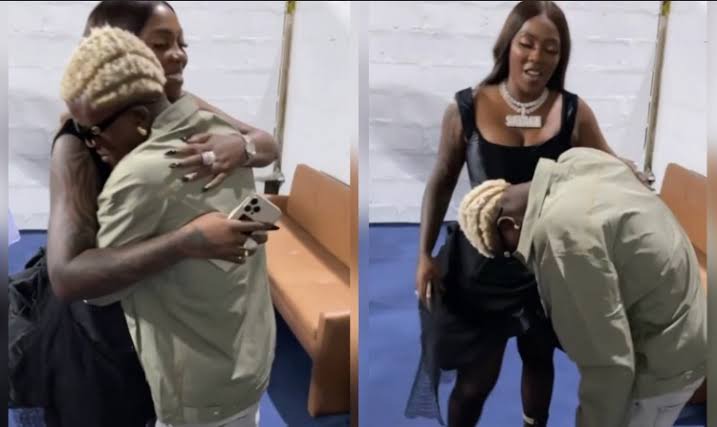 However, it was after he was sprayed some dollars by Wizkid that Portable started ranting on social media. He accused Pocolee in a viral video of hijacking the song that is bringing glory to him. According to him, the song came in Pocolee’s name instead of his name. That might probably be true because Pocolee’s name is currently topping the top 5 most-streamed electronic & pop artists on Audiomack.

Portable also accused Poco of hijacking the money Wizkid sprayed on him during the concert. He alleged that the money amounted to $3k while Poco gave him just $600. The rising music star shared videos online where he called out Pocolee, and accused him of trying to cheat him.

Read: Liquorose explains why she is so humble.

Unfortunately for him, his promoter, Kogbagidi wanted send him away because of the unruly way he handled the situation, but Olamide pleaded with Kogbagidi and Pocolee to forgive him as he is still a rising star.

Meanwhile, Portable has now tendered a heartfelt apology to Pocolee after accusing him of dishonesty on social media. He also apologised to Olamide and his fans for his actions.

“I apologize to all my fans and everyone showing me love especially my Oga Badoo and Poco Lee. I thank all my fans too, it shall be well with us all,” Portable said.