5 Squid Game scenes that were dangerous to film

The cast of Squid Game had to commit 100% to intense requirements including gaining weight, enduring extreme conditions and total confidentiality.

The amount of physical stamina the actors in Squid Game is pretty incredible and what makes it more impressive is the fact that it’s all real. The actors in the show had to stay extremely fit, so when they weren’t working hard on set, they had to be working out at the gym to make sure they’d be able to achieve what was needed.

Everything from being able to jump far enough during glass stepping stones, pulling during tug of war or hanging onto the rope as it fell off the edge, battling other players viciously – all of this required a ton of strength and agility. So everyone had to make sure they were in top form and able to perform the impressive feats multiple times on demand.

Filming for Squid Game didn’t exactly happen from nine to five every day. Depending on the needs of the scene, the actors sometimes had extremely early morning calls or they began late and worked all through the night. Many hours were spent on set and it was very exhausting for the actors, not to mention the crew who arrived first and were the last to leave.

Any breaks taken while filming had to be short to make sure they didn’t fall behind schedule. So, many of the scenes required a huge setup and clean up afterwards. The cast had to be very diligent about timing and getting the tasks right.

If any of the actors received an individual interview request, it was a no-go unless he’s first cleared by the production team. With such a major show and all the Netflix hype, the performers of Squid Game have rocketed to worldwide stardom and loads of fans want to hear more from them. The production team for the K-drama was on top of everything including marketing the show, taking care of their artists and making sure everything went according to plan.

It might seem intense but running a show this big takes a lot of organisation and work. It’s evident the Squid Game crew are pretty incredible at what they do.

While everyone in the cast had to work out and stay in shape in order to perform each day, the actor who played Deoksu had to start work earlier because he also needed to gain nearly 40 pounds. It was really important in the show for his character to have a large physical build.

This intense physical transformation did come at a cost, though the combination left the actor exhausted on set, but he continued to push his limits every day. When filming tug of war, the always tough Deoksu was throwing up from physical exertion and discomfort. Even after filming wrapped, the actor continued to experience negative effects.

Read: 4 things that makes no sense in the movie Squid Game.

When these actors were cast, contracts had to be signed and those included strict confidentiality agreements. The actors had to be tight-lipped and discreet about the show, making sure not to give away any details even if they seemed insignificant.

As we know from watching Squid Game, almost everything we see have some other meaning. While they were working on such an exciting show and may have wanted to share stories from the set, the only people the cast could talk about their work to were other cast members. The secrets of the set even had to be kept from their closest friends and family.

After a long hard day’s work, plenty of people want to have a drink and let off some steam, but not everyone in the cast of Squid Game. 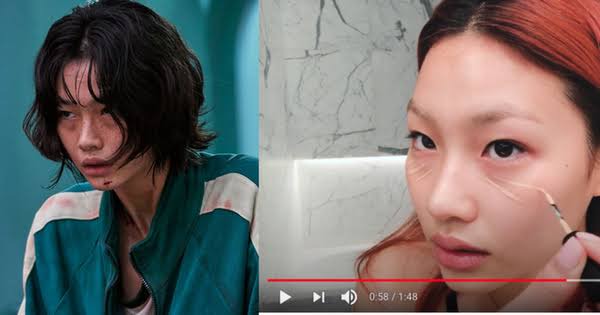 The girl who was featured as Kang Sae-byeok was temporarily deprived of alcohol and her model lifestyle to remain physically, mentally and emotionally fit. They couldn’t afford to have anything negatively affect her.

Again, she isn’t from the same region as her character is in the show. So she had to make sure to hide her own accent as it’s different from how she needed to sound before she started filming.

The actress had to work diligently with an accent coach to help her sound authentic and throughout filming. It was something she always had to keep an ear out for. A wrong accent would be noticeable to anyone who knew the region and it would have broken the illusion of realism we got throughout the show.

During the honeycomb game, there were moments that actors had to be up close with danger, whether it was facing a weapon or trying not to move while their hearts were racing during red light green light. It was vital for the actors not to flinch no matter how exhausted or nervous they may have been in overwhelming scenes.

The VIP room holds a lot of strange vibes from all of its guests being masked to the real human animal hybrid living statues. The actors who were cast as these roles were required to be covered in full body paint and behave still as statues. Their eerie presence is incredible and they really made an impact. 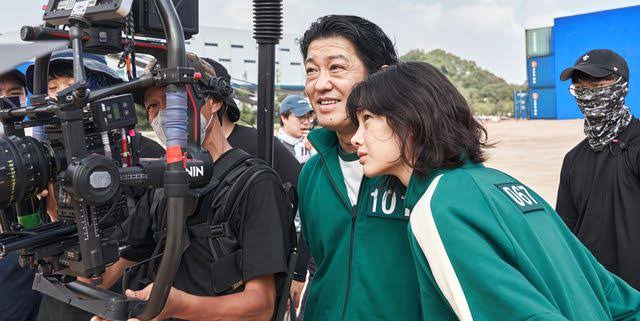 There’s no doubt the entire team behind Squid Game’s total commitment was key in making the show the success. This production was nothing but impressive and intense. Here are 4 signs that you are a hopeless romantic