Jaruma calls out BBNaija’s Tacha, Ella , Esther, and others to help her

Nigerian billionaire businessman Ned Nwoko has allegedly secured the arrest of popular online aphrodisiac seller Jaruma. According to a recent report by gossip blog Gistlover, the Kayanmata dealer was arrested over allegations of defamation, drug abuse and trafficking.

The report made it known that while Jaruma flaunts audio billions online and claims to be operating from Dubai, she was actually arrested in Nigeria. It also alleged that the house Jaruma claims to own in Dubai has been taken over by the real owner.

Read: Whitemoney cruises with Cross in his BBNaija car (video).

Meanwhile, a photo showing where the popular Instagram influencer was allegedly making a statement in the station has gone viral on social media.

See the image below; 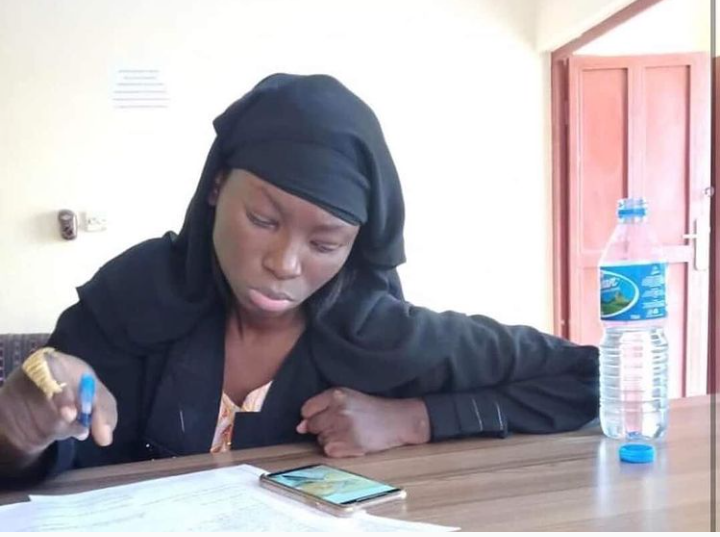 This move by Ned Nwoko could have been influenced by the altercation that arose between his wife Regina Daniels and Jaruma, few months ago. The duo used to be friends before they called each out on social media.

How many Nigerian youths will you bully? – Jaruma speaks on her arrest (video)

How many Nigerian youths will you bully? - Jaruma speaks on her arrest (video)