SHOCKING: Watch as boy’s hand gets stuck on a statue (VIDEO)

Big Brother Naija Lockdown ex housemate Rebecca Nengi Hampson popularly known as Nengi, has made known to her followers what her worst habit is. The 22-year-old reality TV star revealed in her recent Instagram story that her worst habit is “farting anywhere and anytime.”

She however exonerated herself from blame by stating that such involuntary action does not necessarily need a toilet. “My worst habit is farting anywhere and anytime. Woh free me, mess no get toilet,” Nengi wrote. 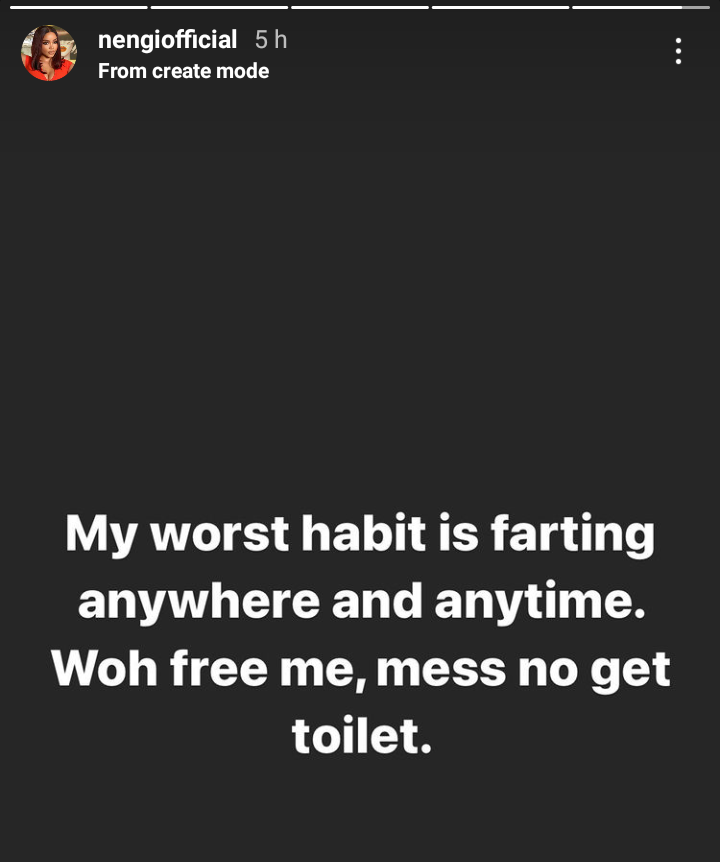 Nengi’s confession brings our minds back to the time Neo accused her of farting during a task in the Big Brother’s house. Could it be that he was actually right? Nevermind!

Read: Portable shares a video of a beautiful Kenyan lady twerking in front on him.

Meanwhile, Nengi remains one of the former BBNaija housemates who are carefully keeping themselves away from controversy, especially on social media. She has also flourished in her chosen career ever since she made her way out of the show.

Mr. P call out fans asking him to reunite with his brother and bring back PSquare