Kim Oprah, an ex housemate of Big Brother Naija Pepper Dem reality TV show recently engaged her fans in a question and answer session on Twitter with the hashtag #AskKim.

One of her followers who wanted to know her relationship status asked her: “Are you in a relationship?” Kim said “it depends.”

Pere who must have been monitoring the conversation then asked: “Depends on?”

Kim Oprah was a bit surprised to see Pere commenting on her post. In order to find out if he’s really the one asking, she said “who’s asking?” When Pere told her he’s the one, Kim said to him: “You’ll have to find out then..”

Read the conversation below; 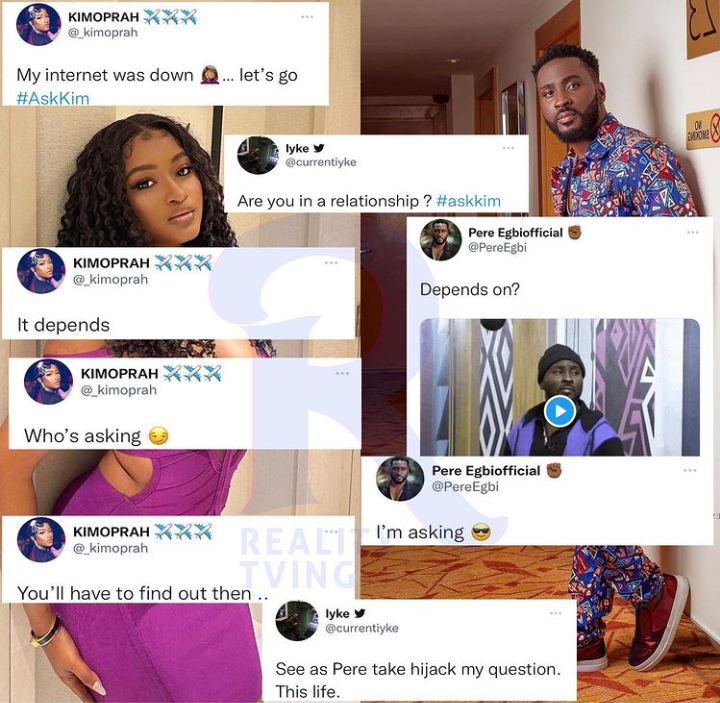 Meanwhile, Kim Oprah was one of the celebrities who campaigned for Pere during his days in Biggie’s house.

Related: Am just a guy that wants to have a good time – Cross reacts to his leaked video.