Reality TV star Kim Kardashian has taken to social media to defend herself after her ex-husband Kanye West publicly criticised her for allowing their daughter North West to use TickTock.

Not long ago, Ye took to Instagram to post a screenshot of his and Kim’s first daughter, North using TickTock. He sought for advice on what he should do concerning his daughter who was being put on TikTok against his will. 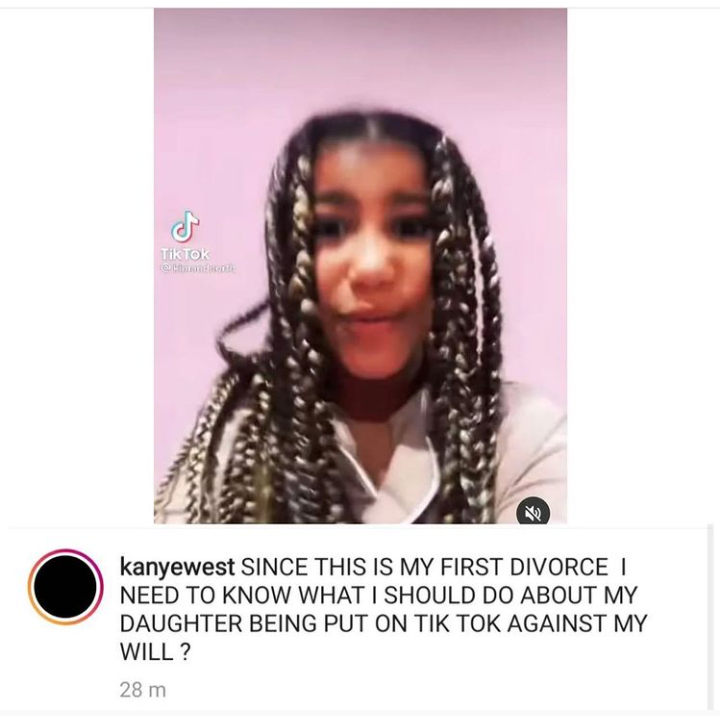 Though it’s not the first time Kanye West made it known that he’s not happy seeing his daughter on TickTock, but bringing the matter on social media prompted Kim to exonerate herself from blame. She revealed that Kanye’s constant attacks on her is more hurtful than any TikTok North might create.

Related: I built my Instagram page with my nyash & I will shake it forever – Janemena.

Kim K made it known that she is doing her best to protect their children and to allow them express themselves in any way that brings happiness to them. She said that their divorce is very difficult for the children, but Kanye’s obsession with trying to manipulate the whole situation is causing more pain for everyone.

The KUWTK star stated that she wanted a healthy co-parenting relationship with Kanye but he continues make it impossible every step of the way.

Read her full statement below;

Wow, alot of people go through alot to just to get their basic needs (Video)

Wow, alot of people go through alot to just to get their basic needs (Video)

COVID-19: 239 scientists from 32 countries claims the disease is airborne