Reality TV star Victoria Adeleye popularly known as Vee has dropped an emotional message on her Instagram page. In one of her recent Instagram stories, the 24-year-old ex Big Brother Naija housemate summarised her experiences of recent and in the year 2021.

Vee said she devoted the past few days of the year for reflection. According to her, she has made some adult decisions during the year and has also pushed herself to achieve new heights in her career.

Related: Nengi and Liquorose link up with 2Baba, Patoranking and Timaya in a yacht (video).

Vee however noted that 2021 was a rollercoaster for her because she experienced passion and pain, love and hate, all in one year. 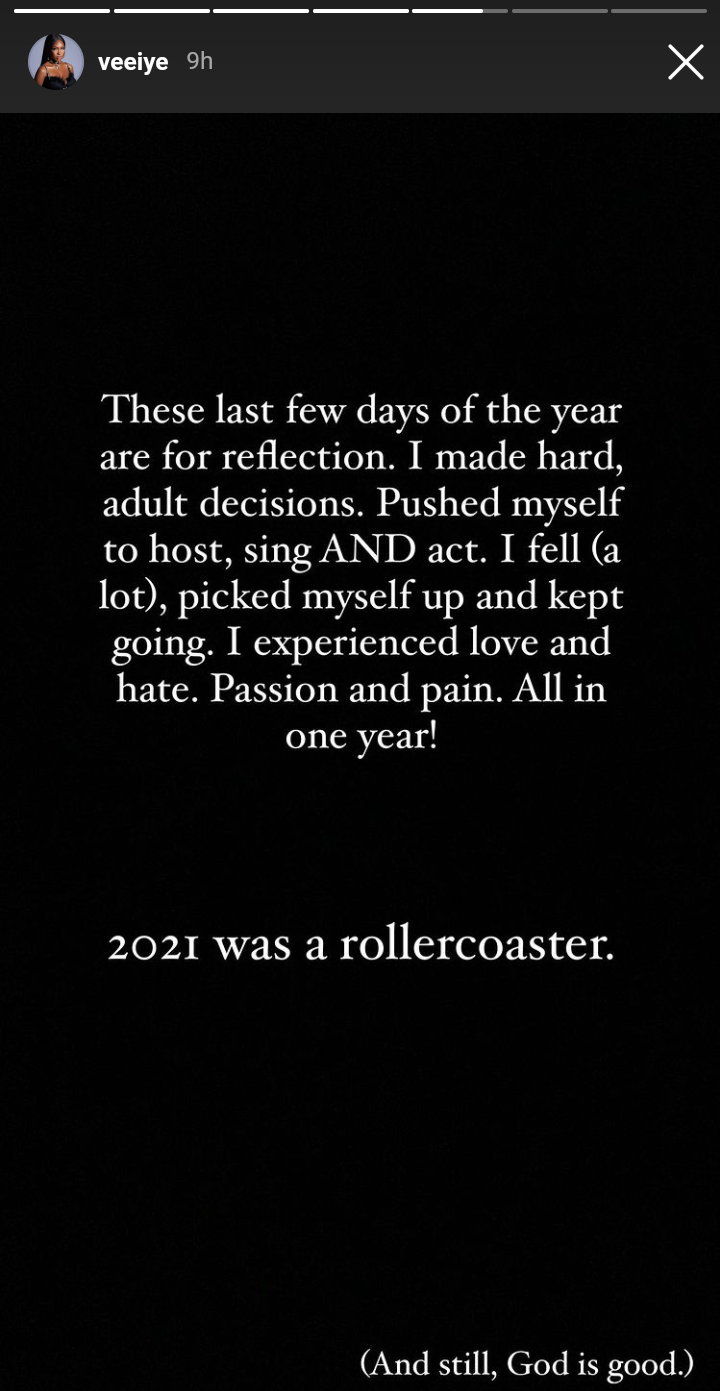 Although she did not mention it, but most fans believe that Vee was indirectly talking about her rumoured breakup with her boyfriend and former housemate, Neo. The duo have been an item ever since they left the Big Brother’s house. But after deleting all her pictures with Neo, fans could only assume they broke up.