In one of her regular Twitter posts, Saskay revealed that she met Wizkid in her dreams and they became friends almost immediately.

“Dreamt I met Wizkid. The vibes was 💯 and we became friends almost immediate,” she wrote. 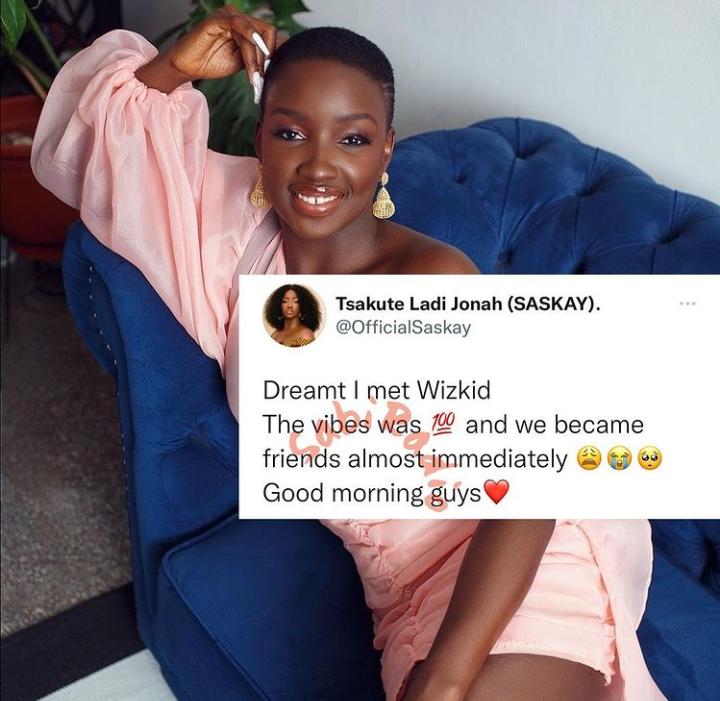 Saskay’s post generated some mixed reactions from her fans on social media. While some believe she has a crush on Wizkid, others are of the opinion that it could be for business purposes.

Read: Arise TV interviewer apologizes to Queen, says she and Whitemoney were right.

Mind you, Saskay revealed during her days in the Big Brother’s house that she is a singer, so she might be thinking of meeting Wizkid just to learn from him.