How Elton John saved the life of Eminem

Eminem and Elton John have a very unlikely friendship that has lasted through the years. But how did an angry rapper from Detroit befriend Sir Elton John?

The pair first met at the 2001 Grammy Awards. Not only did their performance shock millions, it started a beautiful friendship. It turned out that Eminem and Elton had more in common than either of them could expect. Both of them were bullied as children. It was even worse at home for both boys.

Eminem’s mother struggled with addiction and took her anger out on her son and Elton suffered constant criticism from his own mother. With no other outlet, they both turned to music. But after his best friend’s death in 2006, Eminem began falling off the rails and a year later, his wife left him. Scared and alone, Eminem filled the void in his life with dangerous substances. But he was too ashamed to ask for help.

When Eminem suffered an almost fatal overdose, it was a wake-up call and he knew who to call for help. Now, almost 30 years sober, Elton knew the path to recovery wasn’t easy. With Elton’s help, Eminem got sober and turned his life around and celebrated 11 years of sobriety. Elton also inspired Eminem to pay his good fortune forward. The rapper created the Marshall Mathers foundation dedicated to helping at-risk youth, while frequently donating to Elton’s own aids foundation. 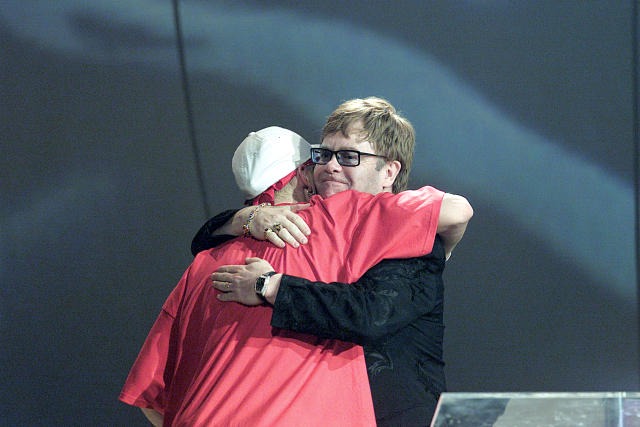 Their story reminds us that the truest connections are formed when we look and asking for help doesn’t make you weak, it helps you remain strong. If you don’t communicate and you don’t talk about things, then you are never going to find a solution.

Related: How life gave Sia a second chance to become a superstar.

If you are in pain, do not be afraid to reach out to people and do not feel ashamed to ask for help. Just swallow your pride and ask for help. If Eminem can do it, you too can do it.

3 reasons why Kilishi is not good for your health

Men have always been boring to me – BBN Angel

Men have always been boring to me - BBN Angel

How to reduce WASSCE paper leakages