Has your king run away? – Janemena aims a subtle shade at Tonto Dikeh

The 28-year-old dancer indirectly decided to taunt the Nollywood actress by making reference to what she said when she was in a relationship with her ex. Jane wrote on Instagram: “Do you remember calling him “MY KING” and he called you “MY QUEEN”? Tell us, how is the kingdom now, Or has the Igwe run away.” Read: What else can you troll me with – BBN Tega asks critics.

Recall that Tonto Dikeh announced via Instagram, some months ago, that she has found love again after her failed marriage with Olakunle Churchill. She referred to her ex Prince Kpokpogri as her ‘King’ and she also flooded her Instagram page some cool photos with Kpokpogri. 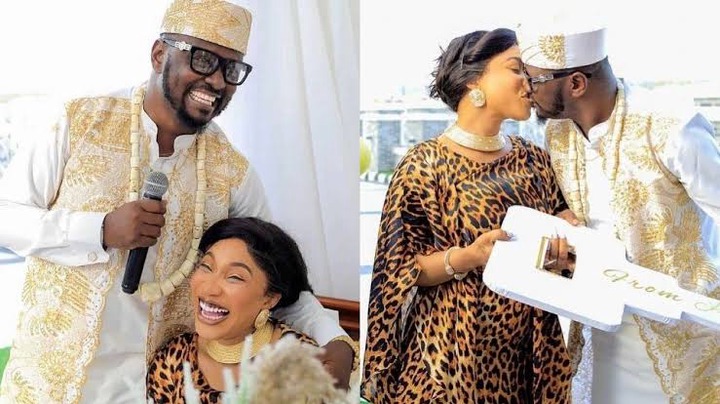 Their relationship was however short-lived as a result of an alleged cheating scandal which Jane was said to be a part of.

What else can you troll me with – BBN Tega asks critics