Two very funny actresses, Eniola Badmus and Funke Akindele were spotted engaging in a crazy street fight in a video released on Instagram.

Unlike the usual street fights which sometimes results in serious injury or occasionally even death, the one between Funke (who is popular called Jenifa) and Badmus was made to crack up the fans.

The craziest part of it was that the fight ended in smiles. Watch the video below:

The two entertainers are said to be working on the sequel of their popular movie, ‘Omo Ghetto the saga’.

The story is of two identical twins living separate lives. But, an unfortunate incident happens and it sheds more light on their birth, paternity and troubling behaviour.

This particular movie took them as far as Dubai five months ago, where they shared some lovely photos and videos together. 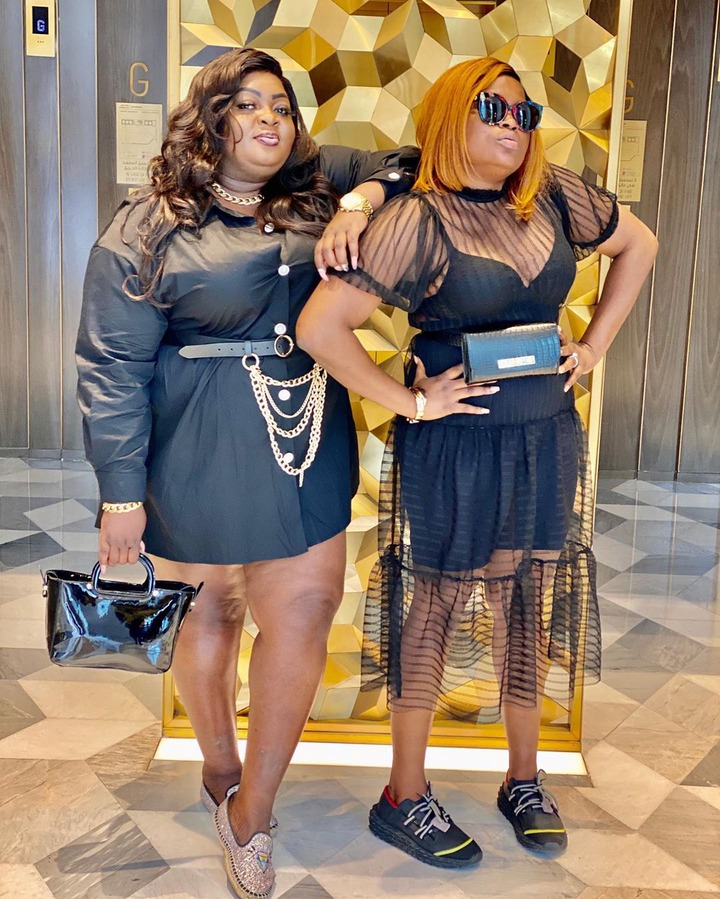 Principal photography for ‘Omo Ghetto the Saga’ began in February, but was halted as a result of the global shutdown of activities due to Coronavirus.