Veteran Nollywood actress Rita Edochie has received numerous backlashes from people on social media as a result of a recent statement she made on her Instagram page.

For some days now, the talented actress and mother has kept getting several reactions from people on social media, talking about her ordeal with late Comedienne Nmesoma Mercy Nnadi, popular known as Ada Jesus.

After the news of her demise spread across the internet, most fans have indirectly pointed accusing fingers on Rita, whom Ada Jesus alleged helped her arrange fake miracles for prophet Odumeje.

Read: Kiddwaya reacts after receiving gifts from his and Erica’s fans (video).

A man who seem to be displeased with people’s comments against Rita came to her defense by making a video, telling people to accord her some respect.

Rita, while commenting on the video, warned her hatters to be careful of what they say against her or “[they] will be next on the line” (making reference to Ada Jesus death.

Her comments has incited more controversies on social media. Read people’s comments below: 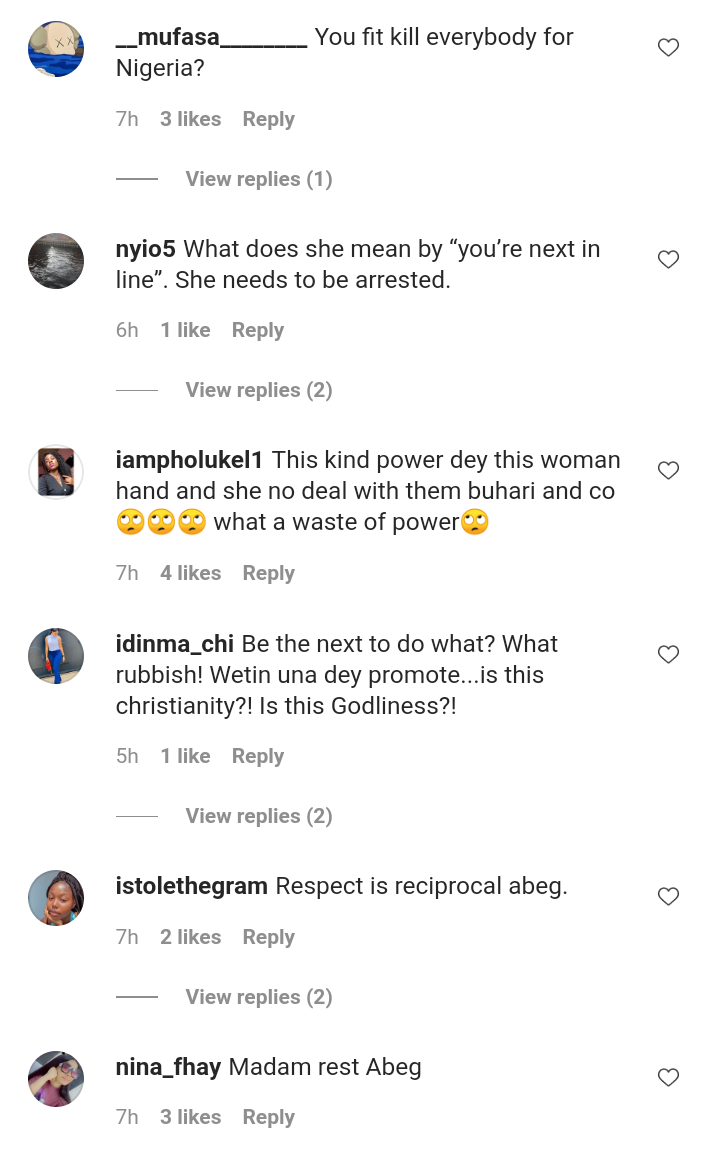 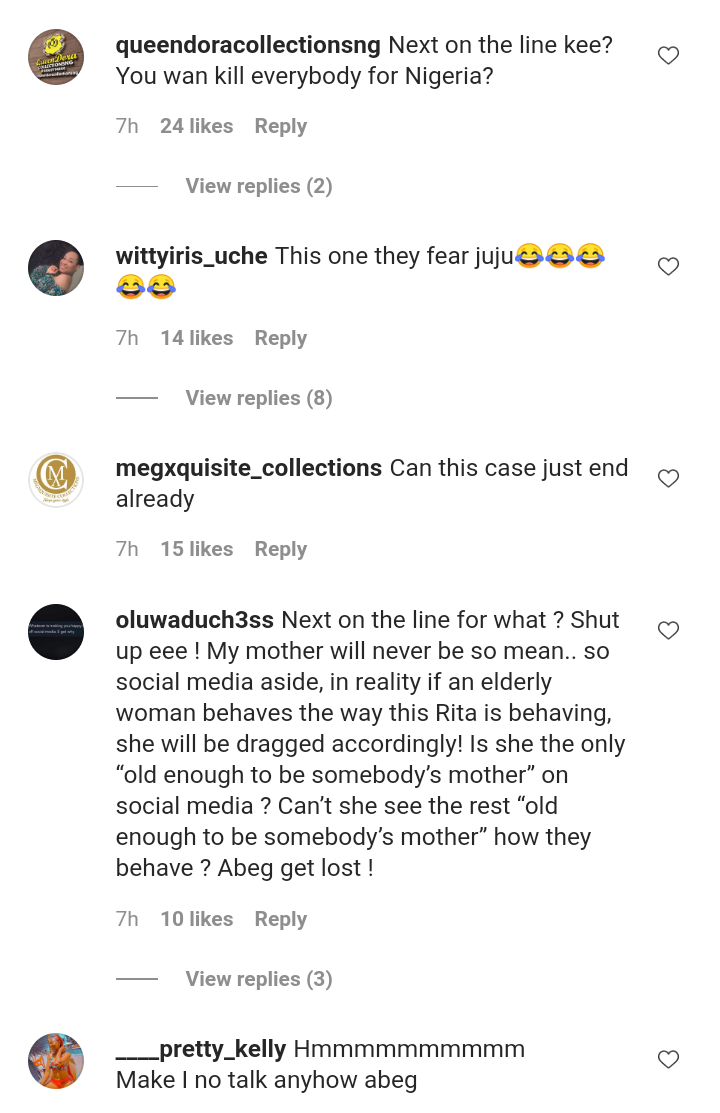 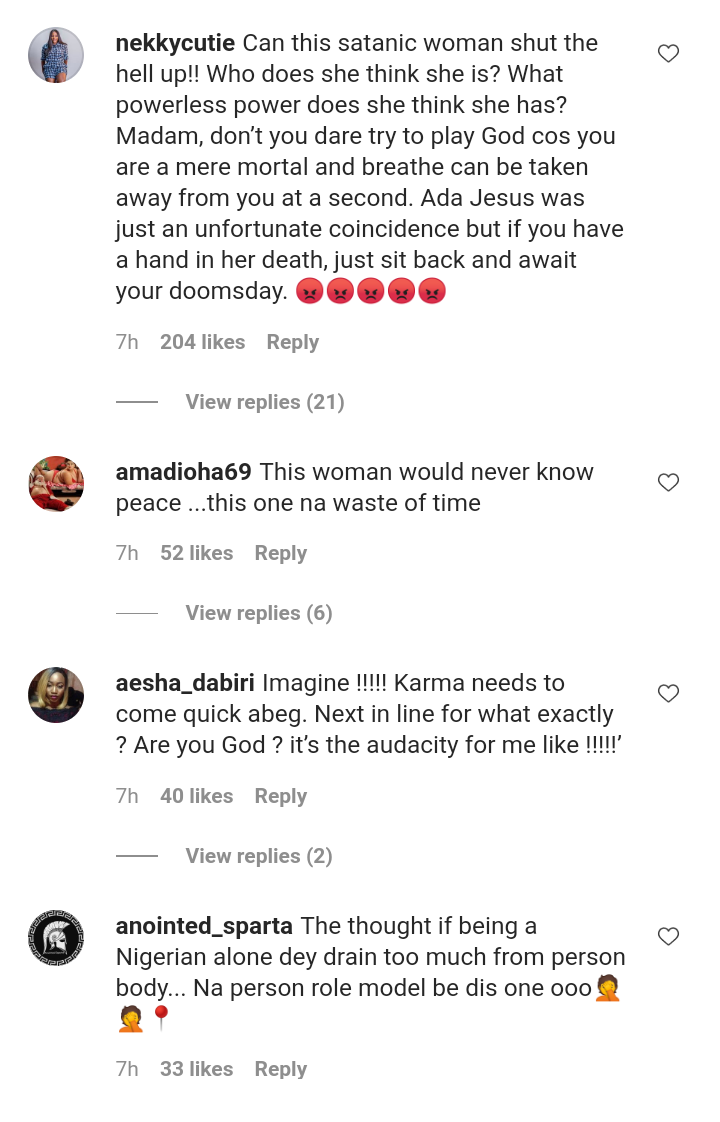 7 ways to prevent reptiles from entering your house