One of Davido’s Dubai based fans who gifted him a whopping sum of 10,000 UAE Dirham which is equivalent to N1.6m, has been called out over his alleged debt.

Davido recently took to social media to challenge his friends to prove their love for him by sending 1 million naira to his account ahead of his birthday. They responded immediately by raising over 120 million naira in less than 15 hours.

While the donations were still flowing into his bank account, the singer bumped into a random fan named Lincon who sighted him and decided to wade in on the giveaway that’s been buzzing on social media. He gave Davido 1 million naira cash on the spot.

Surprisingly though, after few hours of his show off with Davido, Lincon has been called out by another guy who claims he owed him some money.

Read: My landlord slept with me 3 times daily for 2 weeks – Lady allege.

He even threatened to come after Lincon in Dubai to make him pay his alleged debt.

Read the message below; 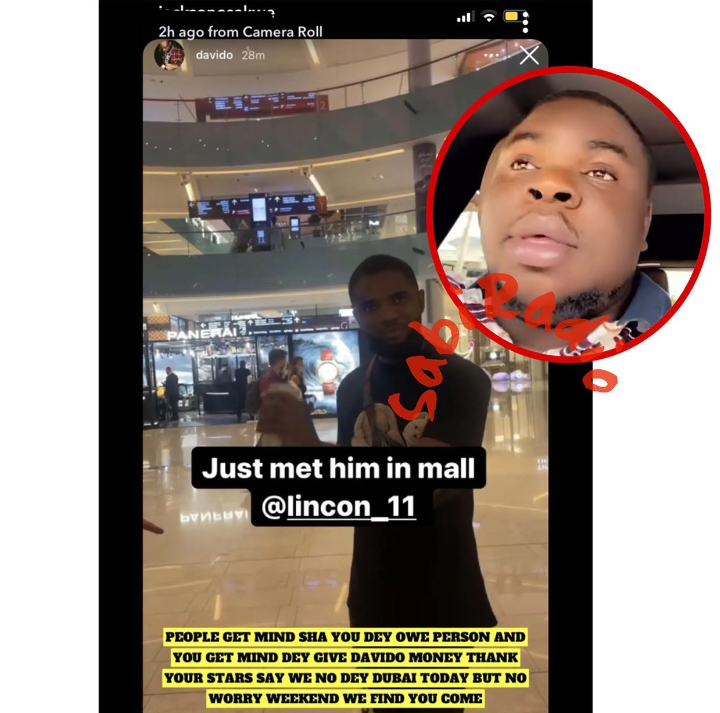