Popular Nollywood and Ghanaian actress Yvonne Nelson is asking if people are still getting married today out of love.

The 36-year-old beauty recently took to her Twitter handle to ask series of questions about relationship and married. She observed that majority of people today go into marriage with an agenda. Some marry for a passport, others for kids or a banging body etc. So she asked if people still marry out of love.

“Some marry for the money, others for a passport, others for kids, others because of a banging body, etc etc errmm. Do peeps still marry because they love each other or because one is intelligent? Or does everyone now have an agenda? 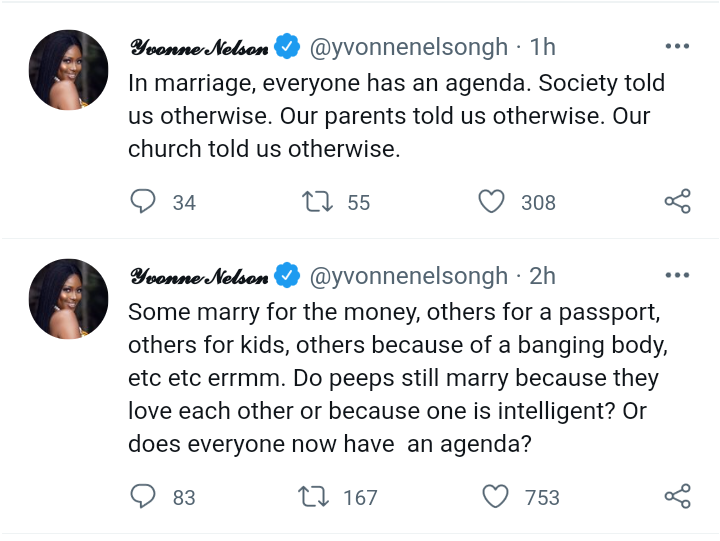 In another post, the mother of one revealed that she was so in-love with a guy who took their relationship as a contract. But she promised to continue her story later.

“Onetime, i was so in-love with this guy, he never believed it….shockingly he gave me a contract to sign ( relationship contract) Will continue this story another time,” she wrote. 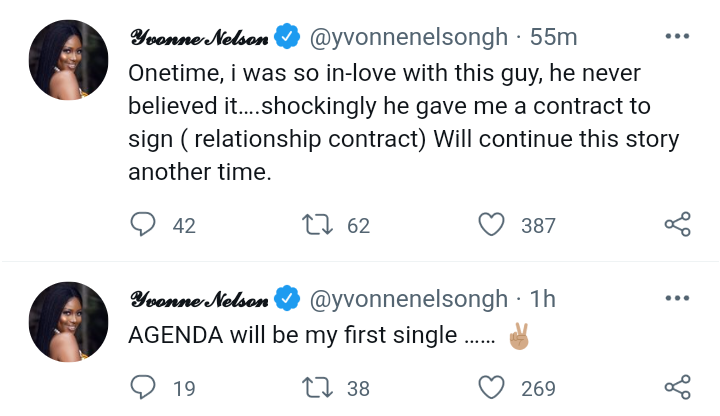 ‘One Corner’ went global, don’t compare it to ‘Kwaku The Traveller’ – Patapaa says

'One Corner' went global, don't compare it to 'Kwaku The Traveller' - Patapaa says

Women love it when guys wear these 5 things