Recall in 2020, Mercy and Ike parted ways in a messy breakup which had them both throwing shade at each other.

It seemed Ike decided to do away with everything that reminded him of Mercy, and Mercy’s bestie, Diane was the first to go as he unfollowed her on all social media platforms. 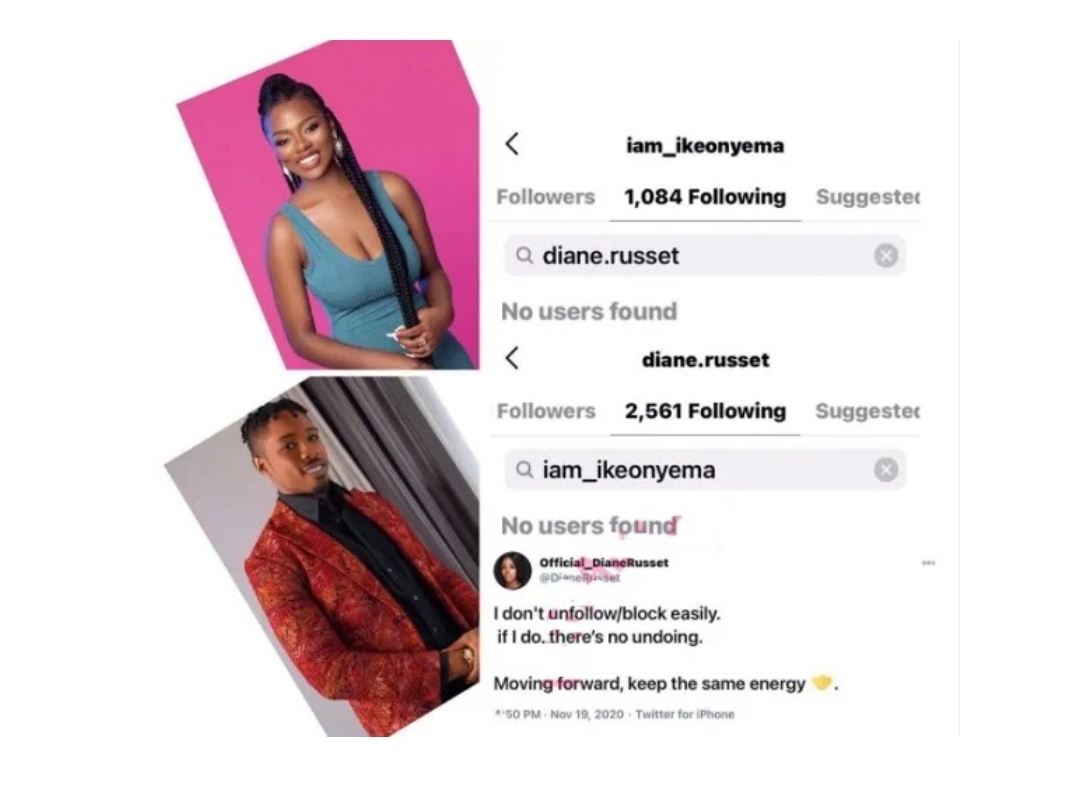 She took to Twitter to tweet about not being one who easily blocked or unfollowed people on social media.

She, however, has resolved to keep the same energy henceforth. 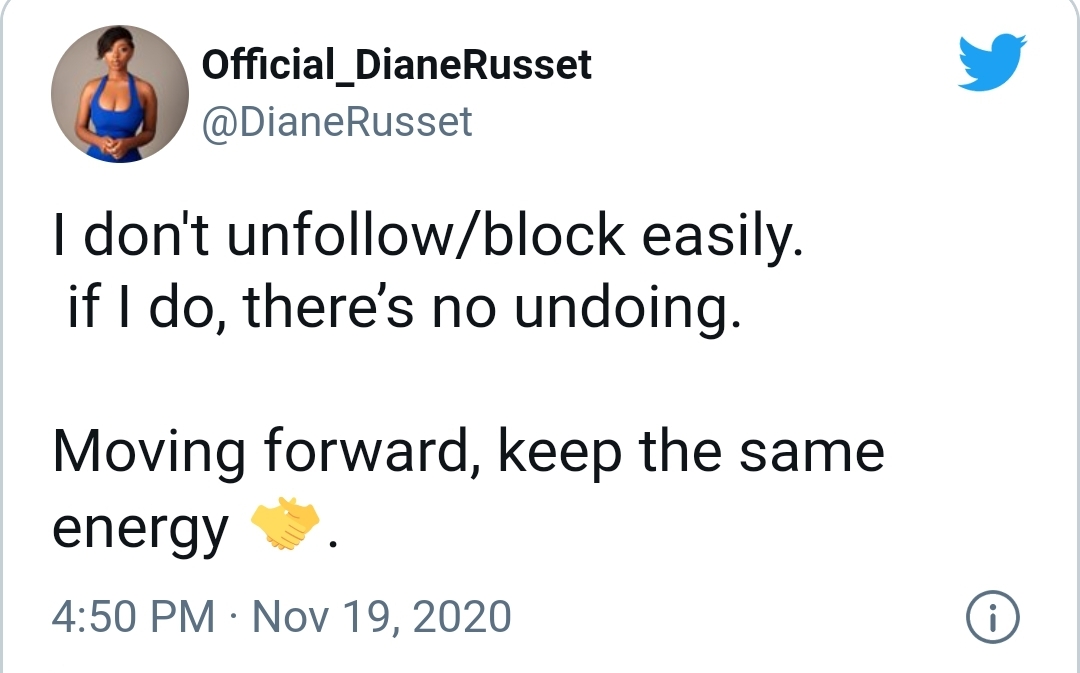 Well, in the light of the recent development, it seems the two have reconciled and are now back to being friends.

It is not surprising as the two created a brotherly sisterly bond back in the Big Brother Naija pepper dem house and such relationship can’t be easily broken.

In the now trending video, the two were spotted together in a car vibing to a song.

Diane who shared the video captioned it;
“I can disturb my friends sha”, and she tagged Ike.

Well we can’t fully say if this means that there is no more bad blood between Ike and Mercy but with time we would know.