Nicki whose real name is Onika Tanya Maraj-Petty recently revealed that she has repeatedly listened to the song for several weeks. She made this known while commenting on the release of the song’s video on YouTube.

Few hours after the video of “Somebody’s Son” was officially uploaded on YouTube, Brandy took to her Instagram page to express gratitude to Tiwa Savage for featuring her in the inspirational track.

She wrote: “Thank you @tiwasavage for this beautiful moment. #somebodyson music video out now…”

Nicki Minaj was among the very first celebrities to comment on Brandy’s page. She wrote: “This song has been on repeat for weeks.” Other celebrities also joined in eulogizing the superb collaboration with Brandy.

See their reactions below; 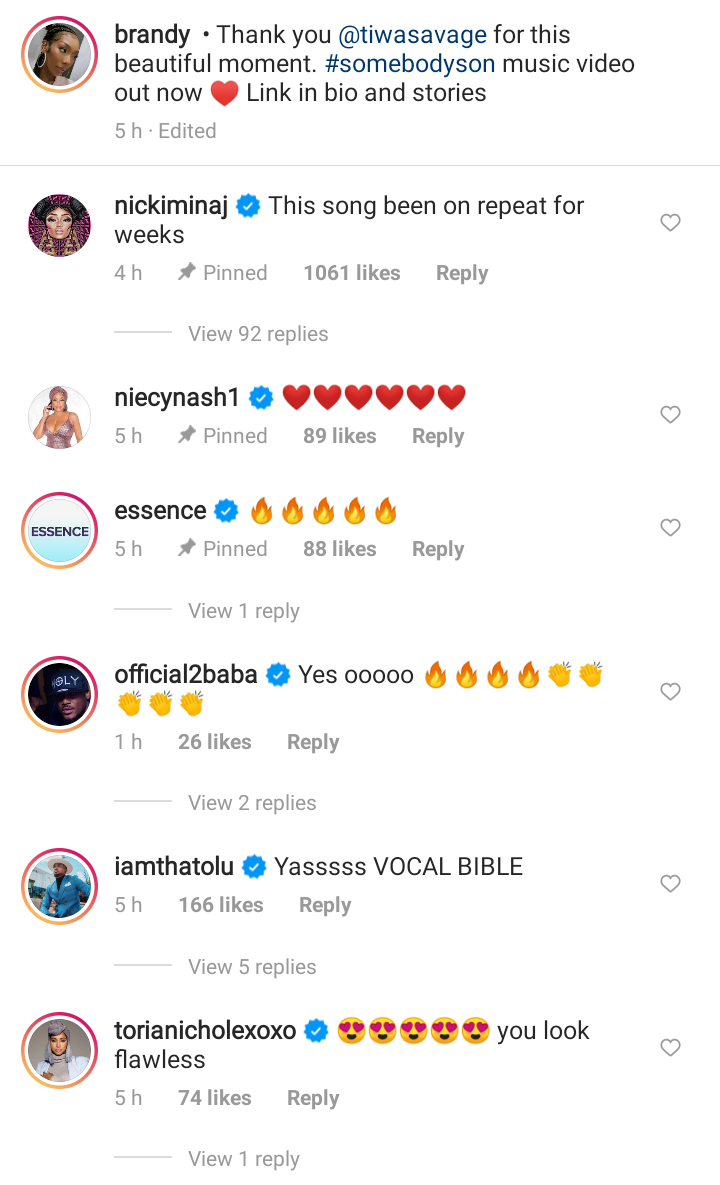 Meanwhile, Somebody’s Son is a track from Tiwa’s recently released EP “Water & Garri”, a five-song set that featured collaborations with other artists like Nas, Rich King and Tay Iwar.