The artist went to the beach to cool off and just like every other Celebrity, he decided to show his fans some of his photos from the beach.

In one of those pictures, Chike was spotted wearing a short, with his muscles and abs resembling those of an athlete.

However, some eagle-eyed fans on Twitter noticed something a little bit fascinating about the picture. The size Chike’s “eggplant” was unusually massive and most people that commented on the picture pointed towards that direction.

Some jokingly referred to it as an airpod case, just to emphasize on the size.

Check out some of the selected comments below: 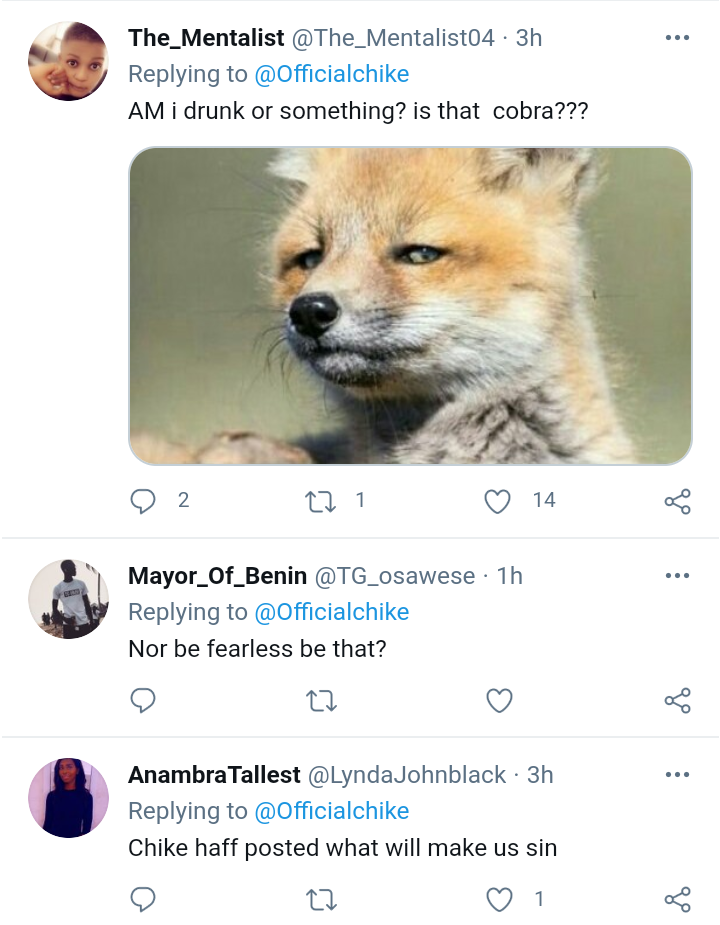 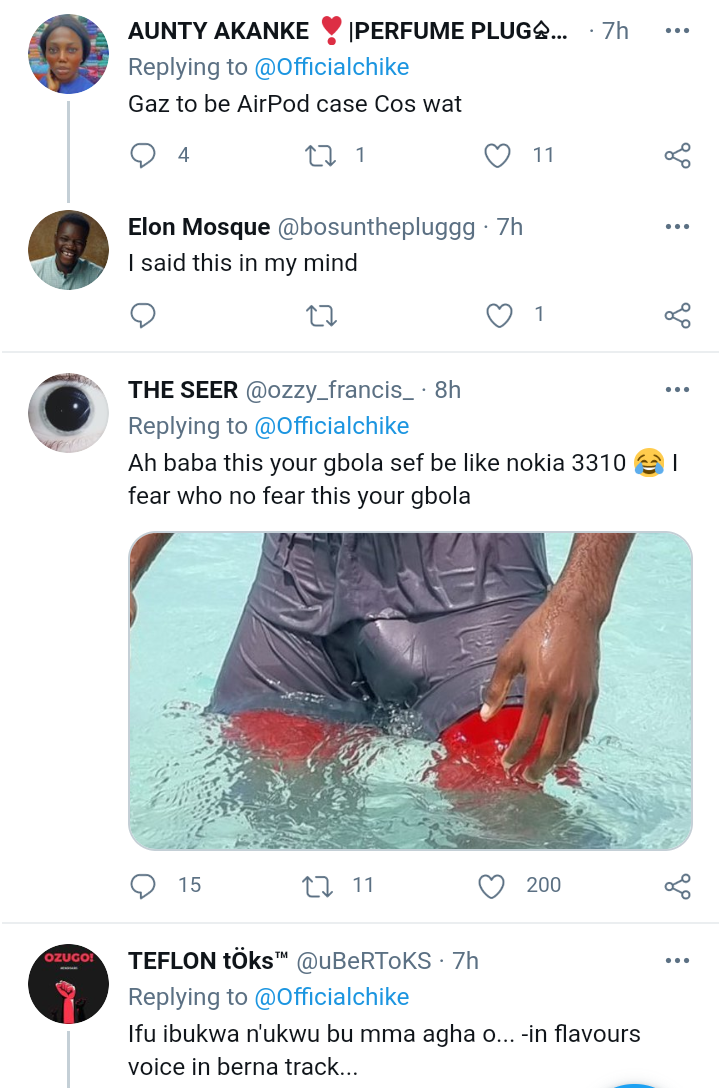 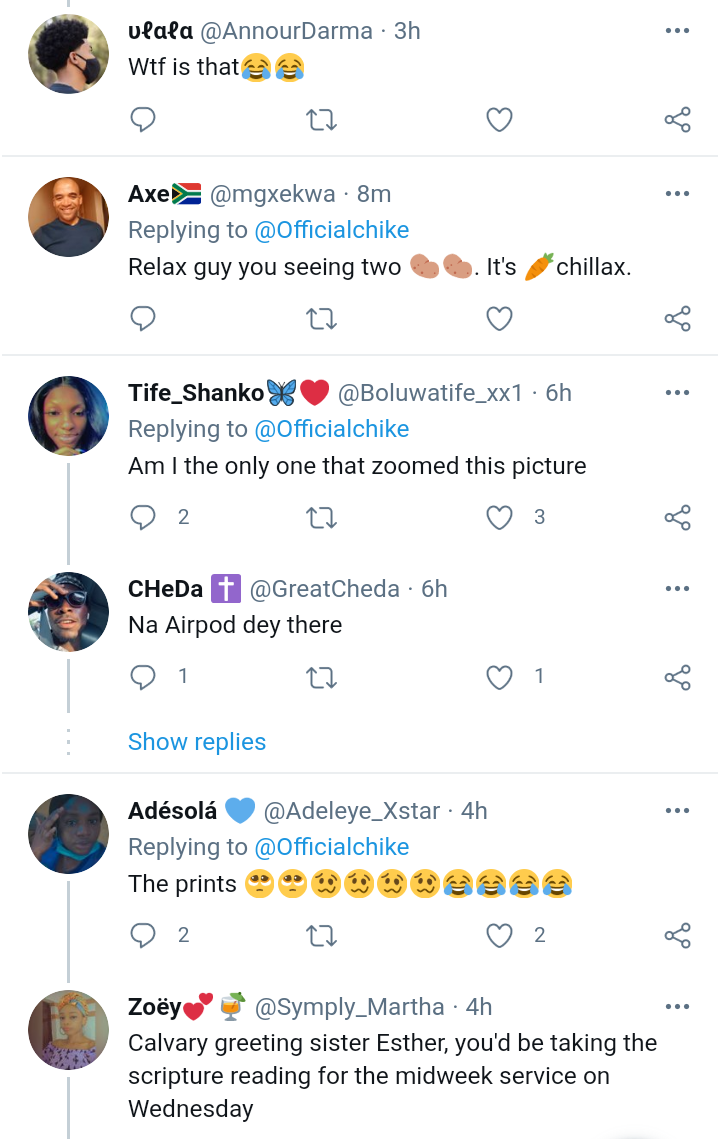 Also Read: Lady reveals the reason for Tacha’s outburst at the airport (video).