American Billionaire rapper Kanye West has surprisingly unfollowed his estranged wife Kim Kardashian and everyone connected to her, including her sisters on Twitter.

Kanye West and Kim’s relationship allegedly hit the rocks four months ago when Kim filed for divorce from the rapper.

People however thought they’re about to resolve their differences as Kim took to social media on Tuesday to post a photo with Kanye West and their four kids with the caption: “Happy Birthday Love U for Life.”

#IamIgboToo: The President’s threat to us is totally unfair – BBN Tacha says in new video.

But that doesn’t seem likely because it has been observed that the rapper no longer follow Kim, along with her sisters Kourtney and Khloé on Twitter.

Although West unfollowed Kim Kardashian on Twitter, she remains the only one he is following on Instagram platform. 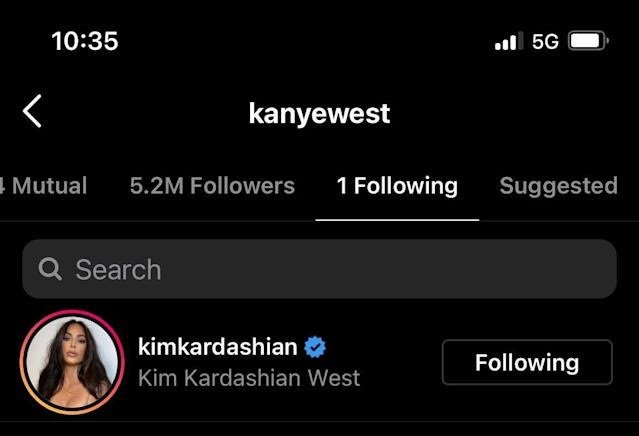