The Emmy awards took place last night, celebrating excellence in television, but that doesn’t mean it went off without a hitch. Several scandals took place at the award show but we’ll highlight just a few among them.

With diversity being the forefront of most award shows these days, many were shocked to learn that not one person of colour won any of the major acting awards at the event. Only few people of colour won the award in general. It lead to the trending of the hashtag “Emmy so white” on social media.

During the three hour ceremony led by black host Cedric the entertainer, it took two hours for a person of colour to be recognized. That win was for Rupaul Charles and his Rupaul’s drag race team for outstanding competition program. The win also made Rupaul break the record for the most Emmy wins by a person of colour.

Many actors of colour were favoured to win some of the major awards but the wins never came.

The series based on the best-selling novel by Margaret Atwood was nominated for a whopping 21 Emmys this year which isn’t really a shock as the show gets recognized at the Emmys each year. The show has won a total of 15 primetime Emmys overall.

But this year, the show broke a record that no show ever wants to win and that’s the record for the most Emmy losses in one single night. Although the show had 21 nominations in total, last night it did not win one single award. The show actually beat the previous record held by Mad Men which was nominated for 17 awards but won none of them. 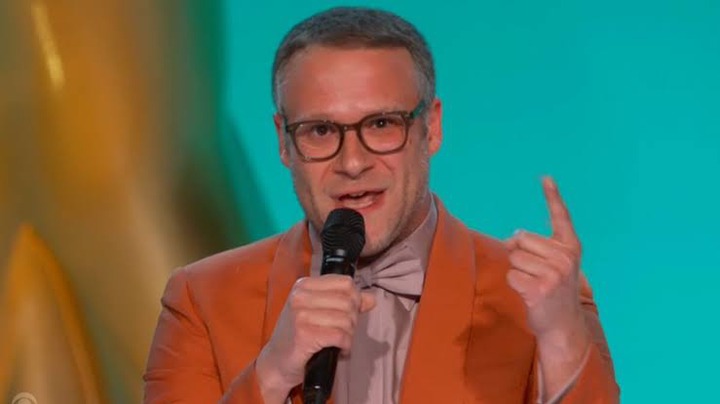 Seth Rogen was the first presenter of the night and he walked on stage cracking jokes like usual in his monologue. He decided to call out the award show for not being Covid safe. He said in part, “there are way too many of us in this little room they told me this was outside, why is there a roof, what are all you people doing?” Some felt he was joking, but since he talked about it for long, they understood he was being serious. They assured him that they were following the safety measures and all attendees have been vaccinated.

One Division was one of the standout shows this year and brought tons of attention to elite actress Elizabeth Olsen. The show was up for eight prime time Emmys and did not win a single one. The show was nominated for a slew of other awards of the creative arts Emmys from earlier this month and won three awards in total.

This show received a total of 23 nominations overall and was primed to win two big acting awards. Both Katherine Han and Paul Bettany were heavily tipped as the favourites in their categories for limited series drama but they lost out to other shows like the Queen’s Gambit.

This one didn’t actually take place at the Emmys last night, but before last night’s Emmys, the organisation decided to revoke the award they gave to former New York governor Andrew Cuomo in 2020.

Last year when the coronavirus was ravaging New York, Cuomo became a rising star in American politics and many felt they could trust him to take care of the pandemic. That’s why the Emmys awarded him with the International Emmy Founders award for effective communication and leadership during the Covid 19 pandemic. But then due to several scandals, he had to resign as governor on August 10th of 2021 and then by the end of that month, Emmy revoked the award halfway.

Although the Emmys tried to remain apolitical this year, the recent scandal involving Nicki Minaj was too hard to pass up and the host made a controversial joke about the rapper. Right after the opening number, the host Cedric the entertainer made a controversial reference to a viral tweet where Nikki claimed her cousin’s friend’s testicles swelled up because of the vaccine.

That was not the only vaccination comment either, Ken Jong did a skit where he’s held up by a guard outside the Emmy venue to show proof of vaccination clearly showing just how top of mind it is.

Netflix swept the award show last night with the streaming service nabbing 44 awards total in 2021, the most of any network. The network not only dominated, but it won more than double the total number of awards of its nearest competition which was HBO and HBO Max who won 19 awards in total.

The streaming service won most of its awards because of the hit show The Crown as well as limited series the Queen’s Gambit. Netflix has been pushing to dominate the awards every year since 2018 and it’s usually behind HBO, however that was not the case in 2021. 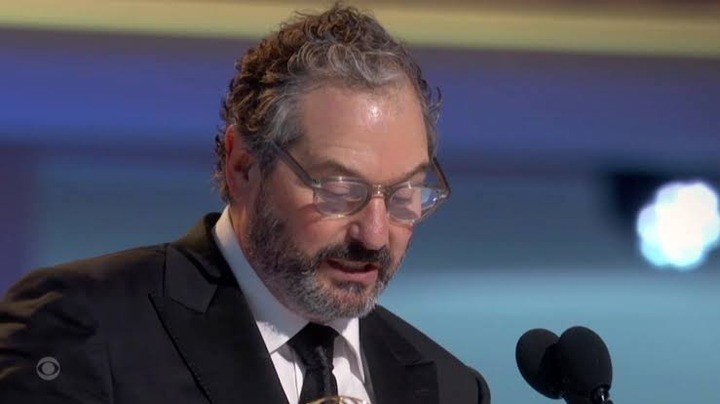 The Queen’s Gambit was one of the shows that swept the awards and the show’s director and writer Scott Frank won the award for outstanding directing for a limited or anthology series or movie, but his speech was what really made waves because it was so darn long.

The speech was roughly two minutes which was way more than the strict 45 second slot that the award winners were given. This speech was so long the wrap up music played not once but twice and Frank savagely told them to turn off the music during his speech.