Viewers of the Big Brother Naija Season 6 have taken to social media to react to Biggie’s diary session with some of the housemates on Friday August 20.

Today’s diary session was majorly a question of what the housemates intended to do with the money they won from sponsors of various tasks they participated in. While majority of the housemates said they will use it for philanthropic work and business, some others like Angel and Saskay said they will spend the money on material things.

Saskay in particular said she will use the money to buy luxurious things for herself. Knowing fully well that Saskay has been sleeping a lot lately, Biggest asked her: “luxurious things like an Uber or a comfortable mattress?” She burst into laughter.

Related: If you want respect, you respect somebody else – Maria reprimand Angel for sleeping on duty.

During Whitemoney’s diary session, the funny guy asked Big Brother if he likes his new hairstyle. Again Biggie was aware of Whitemoney is not in good terms Pere, but he told him: “you’re free to ask your former head of house what he thinks of your hair.”

Biggie also extended his funny response to Pere. Pere asked him why he refused to open the restroom for him when he was pressed. Big Brother replied: “did you knock on the door?” Pere said “no.”

He told him: “next time try and knock on the door.”

These diary sessions have generated lots of reactions on social media. Read some selected comments below: 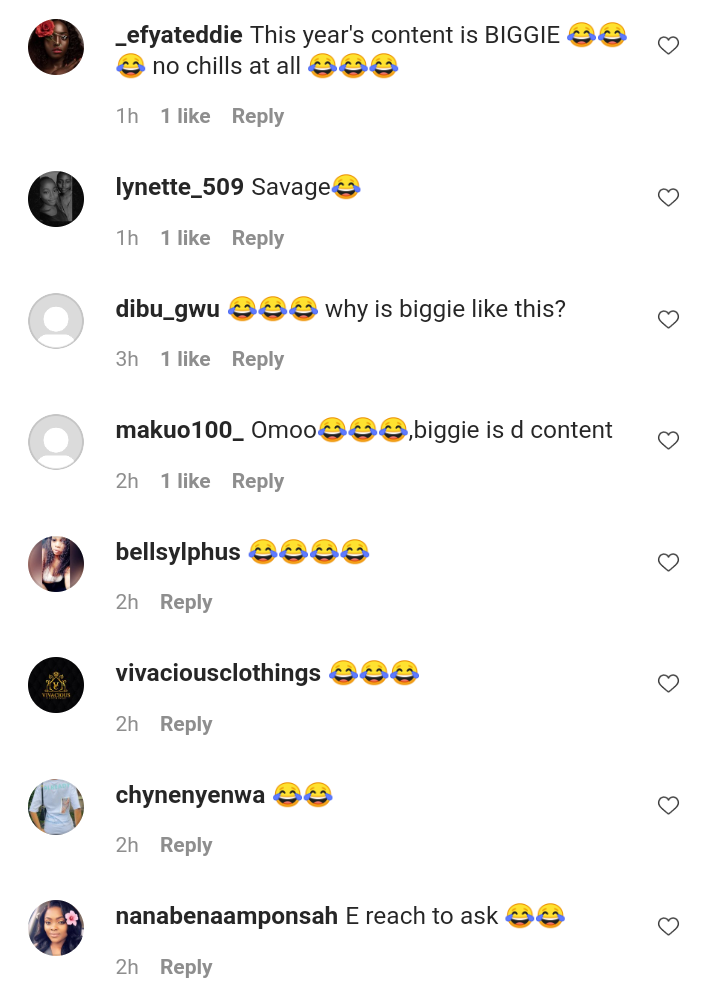 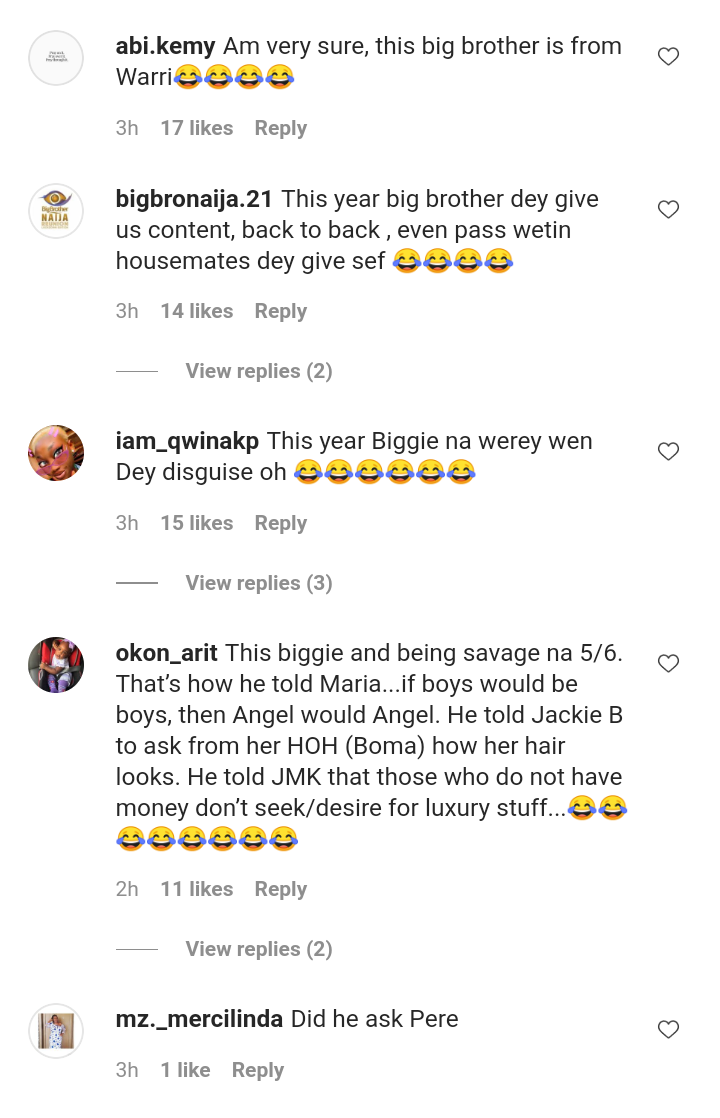 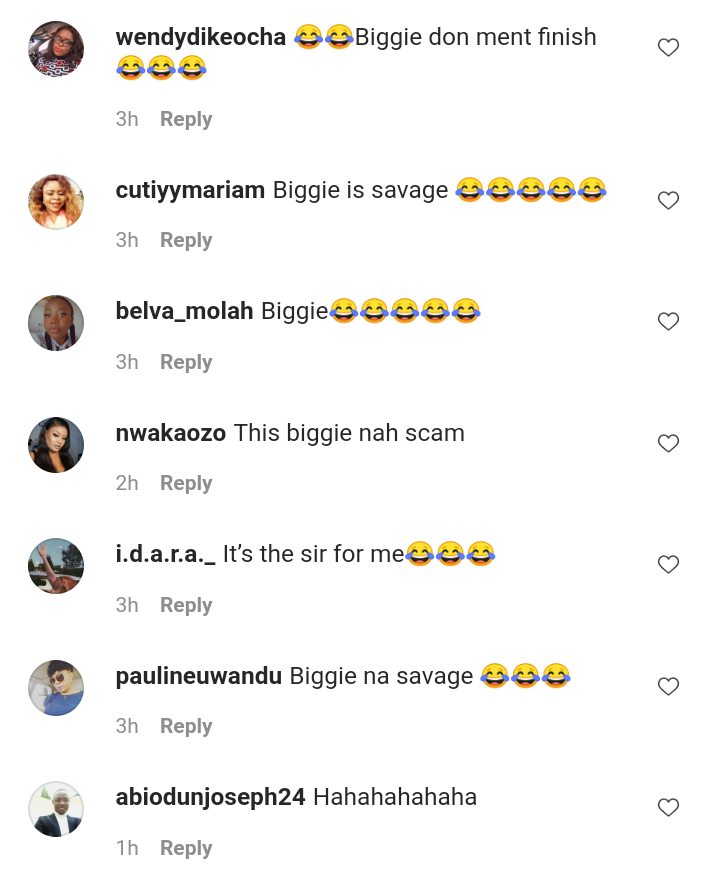 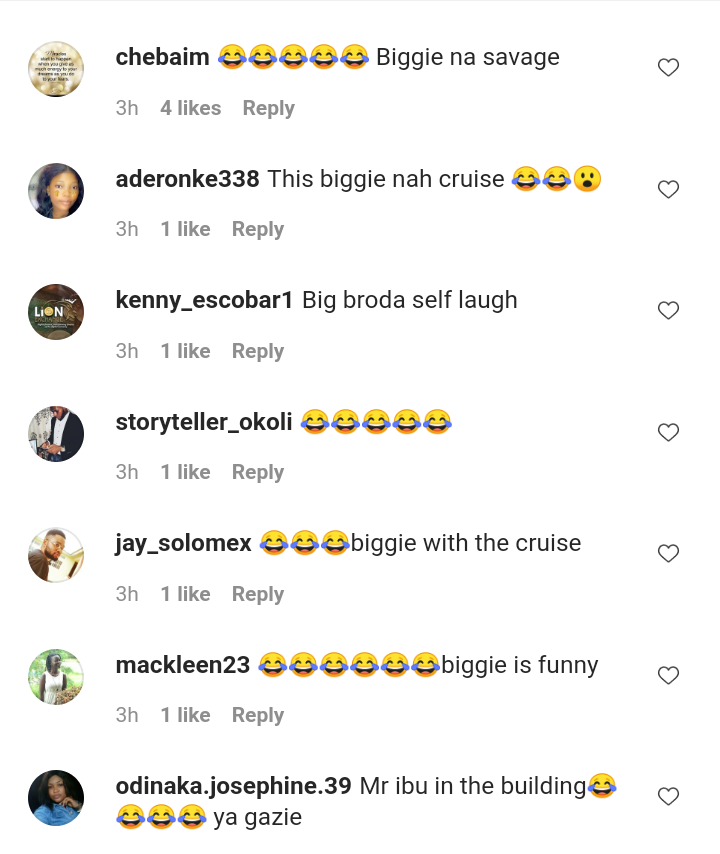