Former Big Brother Naija housemates Erica Nlewedim and Terseer Kiddwaya have taken to Twitter to call their fans to order amid a suspected fan base war.

Rumour has it that Erica’s fan base, the “Elites” are having some serious war of words with Kiddwaya’s fans over what is yet to be known.

However, it seems both Erica and Kiddwaya are not happy over the alleged altercation between their followers. So they decided to set matters straight on Twitter.

Erica adviced her followers not to insult anyone on her behalf, because she also endures insults from people on social media.

Kiddwaya also urged his fans to continue to spread love and positivity among themselves and stop attacking each other, because the world is big enough to contain everyone. He wrote his message with a photo of himself and Erica. 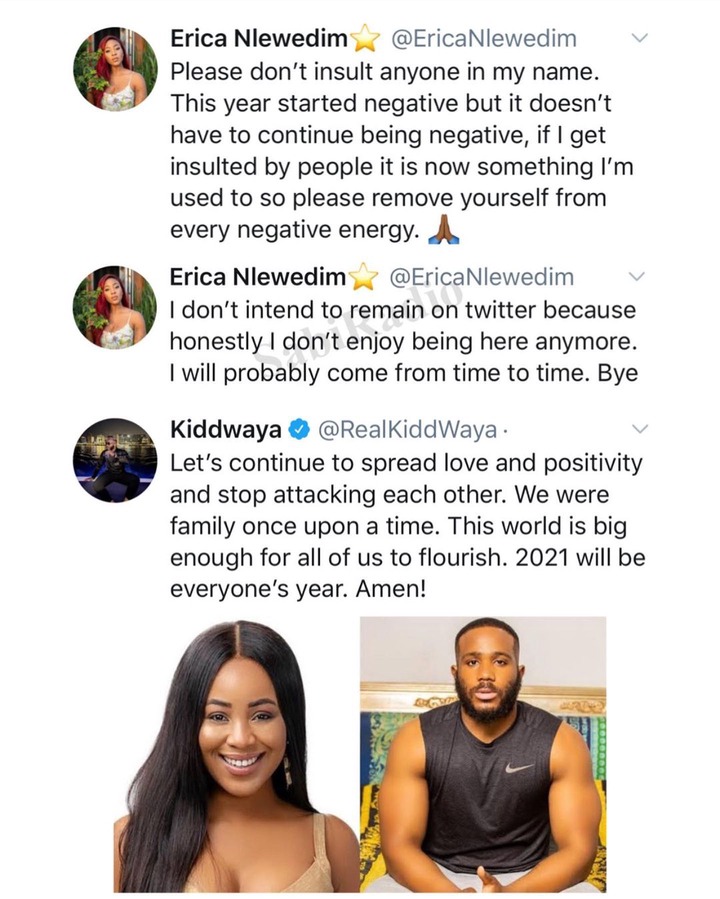 Tacha is all smiles as she receives lovely presents from her bestie, Tiwa Savage (Video)

Nigerian Socialite, Pretty Mike of Lagos has once again gotten social media stirred with his latest grand entrance to a...

Photo: Cardi B stuns her fans with a classic Louis Vuitton ensemble