The reality TV star revealed in one of her Instastories that she has been featured along with some other important women as Most Beautiful Girl in Nigeria (MBGN) notable personality.

Veteran Nollywood actress and ageless beauty queen Lilian Bach was also featured at the top of the list.

Related Article: Vee, Tritytee and others react to a video of Neo performing stunts in the swimming pool. 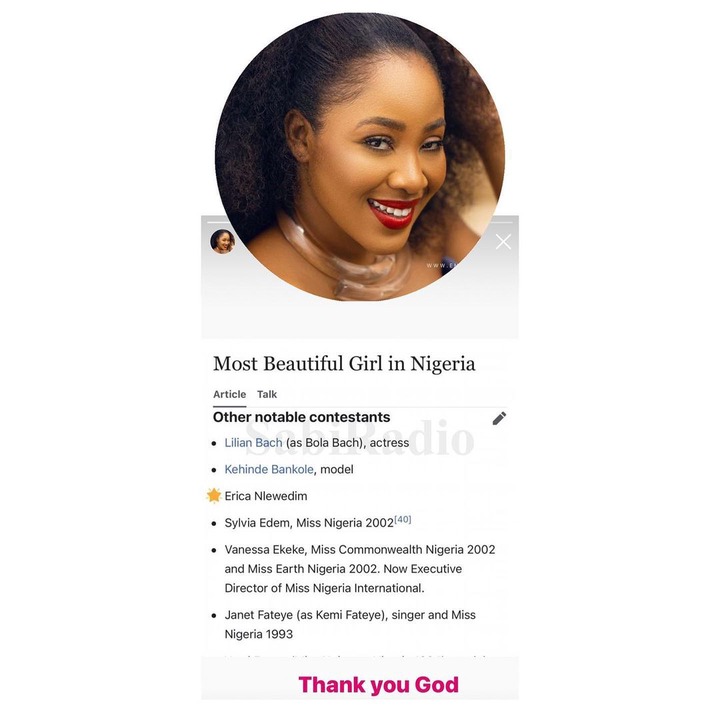 If you must know, MBGN is a pageant organised by Silverbird Group and it’s main purpose is to send representatives to international competitions.

Erica Nlewedim was an MGBN contestant in the year 2014 and she won the award of the Most Photogenic that year.

Related Article: “He’s not here to hold my hands,” BBN mercy says as she inspects her boyfriend’s project.