Reality TV star Angel Agnes Smith has set her Instagram followers abuzz with a video of her bikini outing.

The 21-year-old ex housemate of the Big Brother Naija Shine Ya edition recently took to her Instastory to share some video clips of herself vibing to different songs. She was dancing beside a pool in a light brown lingerie.

Most fans and followers of the reality TV star will definitely be surprised to see their fav chilling outside and making herself happy. The reason is because Angel had previously announced on Instagram that she has taken a break from outdoor activities until December is over.

Read: Watch the moment an overzealous fan tore Wizkid’s trouser during his concert in Abuja.

“Please don’t invite me out again. I have resigned from the detty December movement,” she wrote. Few hours later, after sharing her bikini video, Angel posted another message: “I unfortunately am outside again.” 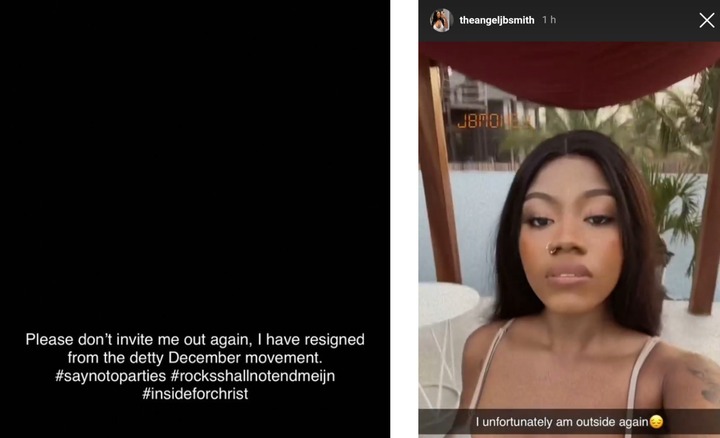